When opportunity knocks more than once, the second time is usually a bit louder. Emerson’s persistent rapping may have proven fruitful. National Instruments (NI) has begun engaging in conversations regarding Emerson’s January 17 public proposal to acquire NI for $53 per share in cash at an implied enterprise value of $7.6 billion.

Following public statements by Emerson and NI, management teams and advisors have started a process that Emerson believes will lead to the purchase of NI, adding an adjacent portfolio of electronic test and measurement offerings and a technology stack of intelligent devices, controls and software that complements Emerson’s technology stack in its core automation markets.

Anticipating favorable long-term trends and an estimated total addressable market (TAM) of $35 billion, Emerson foresees test and measurement as a fast-growing market segment, and it believes the acquisition would expand and diversify its customer base within end markets such as semiconductor, automotive, aerospace and defense. Emerson expects the transaction to contribute to the growth of its adjusted earnings per share (EPS) in the first year, meet its communicated returns threshold and improve its overall growth.

The NI acquisition could benefit Emerson in several possible ways, noted Tobey Strauch, an independent principal industrial controls engineer based in Fremont, California. “First, the LabView Suite and modular hardware would provide offerings for Emerson that it currently is lacking,” she said. Though Emerson has VersaMax Micro PLCs and compact controllers, it is known for distributed control applications in the United States, as well as its large PACSystems modules, explained Strauch.

NI’s modular solutions with data-acquisition (DAQ) systems may be more modern than some of Emerson’s portfolio, Strauch continued. “Also, the LabView software suite is most popular in testing arenas and research and development,” she said. LabView’s capacity to be used in controller-area-network (CAN) bus situations could complement the HART products that Emerson has, noted Strauch, “but in different arenas that would include aerospace, circuit-board testing, electronics development for rockets and other Department-of-Defense-type systems, fuel-cell development and testing, as well as the ability to get test data to the edge with store and forward capabilities.”

Because NI’s products can be found in many production assembly lines where testing is needed, the acquisition could give Emerson the ability to grow into different markets, as well, said Strauch. “It also would mean that Emerson could harness the LabView visual programming environment,” she said. “Though LabView may be code-intensive, the software has the capacity to adapt to Python, C# and other types of software that make it easy to attach a control system to a database with seamless integration. NI also has cloud interfaces for its applications. Emerson may also just be simply interested in harnessing the testing technology from NI to make its electrical components better by owning a piece of the testing in the supply-chain flow.”

Strauch noted that the companies could also combine their technologies to create automation solutions that are easier to implement and operate. “Time will tell, but the merging of the two technology companies can only provide better services for the industrial automation world,” she said. 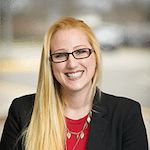 Amanda Del Buono is the Digital Editor at Control (part of the Industrial Group at Endeavor Business Media, which includes Automation World). Prior to this role, Amanda was the Associate Editor at Beverage Industry magazine. Amanda earned a Bachelor degree in Journalism from The University of Missouri – Columbia, and currently lives in Illinois.

The State of Big Data Collection and Analysis