Proponents make the case for 4.9G wireless technology as a stepping stone to 5G to empower new Industry 4.0 applications, from cobots to augmented reality-enabled predictive maintenance.

Proponents make the case for 4.9G wireless technology as a stepping stone to 5G to empower new Industry 4.0 applications, from cobots to augmented reality-enabled predictive maintenance.

Yet with 5G standardization still on-going and industrial use case roll outs only in early pilot stages, experts say manufacturers shouldn’t stand still waiting for 5G technologies and compatible products to coalesce into a full-scale ecosystem. Rather, they advise manufacturers to move forward with mapping out new wireless communications strategies, use cases, and roll out plans built around the latest variation of 4.9G/LTE technology, which they claim can deliver for many of these new industrial applications while providing the most direct route to full 5G implementation.

“For 5G to be feasible for manufacturers and other industry segments, you are looking at a good five years plus,” says Stephane Daeuble, head of marketing for enterprise solutions at Nokia, which sells private wireless networks to the manufacturing sector. “The 4.9G/LTE solution that exists today, when deployed as a private network, tackles 85% of what’s required for industrial applications.”

Why wireless, why now?
The traditional industrial network, built on wired technologies, legacy equipment, and proprietary networking protocols, isn’t well equipped for IIoT applications, which demand robust, adaptable, and flexible networks. While manufacturers have been experimenting with wireless technologies such as Wi-Fi, Bluetooth, and Zigbee for years, deployments have been hindered by reliability and security concerns as well as limitations related to number of devices supported as well as communications range.

“We’ve had quite a few opportunities to replace wires over the past 10 to 20 years, but the issue was the existing technology all had drawbacks with transmission robustness, real-time behavior, or data rates,” notes Dr. Gunther May, head of technology and innovation for the automation and electrification business unit at Bosch Rexroth AG.

In contrast, 5G, with its promise of high data rates (1-20 Gbits), low latency (1 ms), and scalability to accommodate massive-scale sensors and devices, addresses the past reliability and determinism shortfalls of wireless for industrial applications. 5G also promises to deliver low-latency, high reliability, and secure communications at a lower cost than competing technologies while providing flexibility to accommodate factory floor production reconfiguration and layout changes that are inextricably tied to the advent of IIoT and Industry 4.0 manufacturing. “5G’s latency, bandwidth, and reliability of network—those three superpowers create an industrial digital backbone that let you dare to go wireless,” Dauble says.

That message is just starting to resonate with manufacturers, according to a new survey conducted by Nokia and ABI Research. While the majority (86%) of global factory connections were fixed line in 2019, that number is expected to plummet to 40% in 2025 and to 14% by 2030, the research found. In fact, nearly three quarters (74%) of respondents to the survey are planning to upgrade their communications and control networks in the next two years to advance digital transformation and Industry 4.0 applications. The bulk of those surveyed (90%) are investigating the use of 4G/5G for their operations, and 84% of those considering the technologies will deploy their own private wireless networks as part of manufacturing operations, according to survey results.

Manufacturers are looking to 4G/5G investments for a variety of reasons, according to the Nokia/ABI research, including the need to digitalize and improve existing infrastructure (63%), automate with robotics (51%), and achieve new levels of employee productivity (42%). Information technology aims to upgrade the communications backbone to reduce downtime and improve operations efficiency and security while operations technology is onboard due to a desire to replace aging infrastructure, improve efficiency, and increase capacity, the survey found.

“These trends have created a perfect storm to cut cables and enable the full flexible production of the future in a factory site,” says Erik Josefsson, global head of advanced industries for Ericsson. Josefsson makes the case for implementing 4.9G today because he maintains it provides a clear path to future-proof wireless technology. “Manufacturers can’t afford to invest in big infrastructure and then be stuck with a low-performing capability,” he explains. “They need [networking technology] that is reliable, stable, and secure.”

5G at work
Ericsson believes the 4.9G-to-5G networking path will enable four types of IIoT use cases. The first is a massive Internet of Things (IoT) use case employing cellular technology to connect devices at scale for predictive maintenance and other applications. Ericsson, in collaboration with China Mobile, is testing this use case in its own Nanjing factory where cellular IoT networks and cloud-based machine learning algorithms automatically monitor approximately 1,000 high-precision connected screwdrivers for improved tracking of tool usage, which aids in predictive maintenance. Ericsson’s Estonia factory is piloting a second use case—broadband IoT—to leverage AR for streamlined troubleshooting of electronics boards, swapping out cumbersome paper-based work instructions with a hands-free visual environment that facilitates just-in-time information sharing. Both of these use cases are possible today with 4.9G technologies, Josefsson claims.

Subsequent releases of 5G will enable the next round of use cases, which involve critical communications to allow cobots to work side-by-side with humans and, potentially, full lights-out factory automation. In a series of on-going pilot projects, Ericsson and Audi are testing such use cases, including safe AGV operation over a 5G network and 5G URLLC, which delivers low latency and guarantees the ability to trigger safety stops in a system—a milestone required to support the safe human-robot interaction previously only possible over a wired network. Ericsson is also behind the 5G Enabled Manufacturing (5GEM) project, a collaboration with bearing manufacturer SKF and Chalmers University of Technology to use 5G networks to collect and analyze data in real time to facilitate product customization and to optimize production output.

More widespread use of AGVs in factories is another high-value use case enabled by 5G industrial networks that can aid in product customization, according to May. While most industrial factories are reliant on conveyor belts and linear production lines, consumers’ growing appetite for more customized products is increasing the need for more flexible manufacturing capacity, buttressed by the use of AGVs, which will lean on cloud-based intelligence to deliver materials and components where they are needed.

“In new production areas, you don’t have linear conveyor belts anymore,” May says. Instead, there is a need for production islands, whereby work-in-progress products are transported to different stations to complete the next step in the process. “This product, with this particular option, gets driven to a certain station while a different product with a different option gets driven to another one,” he explains. “This increases demand for AGVs and in turn, really boosts usage of wireless.”

Machine-to-machine interactivity and closed-loop systems that can operate within a designated slice of a 5G network—a key capability that allows communications paths to be allocated for specific applications—are other prime use cases enabled by 5G, May says. “There are machines, such as printing machines, where certain parts of the process need to synchronize perfectly,” he explains. “When you want to avoid cabling, you need good real-time behavior.”

Taking the long view
There is plenty of potential for 5G in industrial applications, but significant challenges must first be overcome. According to an Ericsson survey on the industry impact of 5G, data security and privacy is a top barrier to adoption, cited by 79% of respondents, followed by concerns about lack of standards (76%) and challenges of end-to-end implementation (69%).

Compounding the problem is the fact that upgrading won’t be easy or inexpensive. Manufacturers will have to upgrade all kinds of legacy equipment with new sensors and 5G cellular modems, in addition to partnering with 5G carriers or obtaining radio spectrum licenses, to build out their own private 5G networks. According to The Wall Street Journal, the latter appears to be the preference for several large German manufacturers, including BMW, Bosch, Volkswagen, BASF, and Deutsche Lufthansa; but it’s an option that isn’t yet available for U.S. companies.

There’s also a matter of moving beyond aspirational pilots to real-world use cases—a progression complicated by a slow-moving standards process as well the usual chicken and egg scenario whereby companies are hesitant to invest before they have a clear idea of potential use cases.

“When you look back at 4G, no one thought about streaming music or Netflix on cell phones until the technology was deployed and people actually started using it,” says Paul McClusky, vertical market manager for telecommunications/data centers at Phoenix Contact. “A lot of what people are talking about with 5G today is speculation. I don’t think we’ll know what the true use cases will be until the technology is readily available for a couple of years and people start to tinker with it.”

Alternatively, as companies like Nokia and Ericsson make the case for 4.9G as a stepping stone to full 5G implementation, they advise manufacturers to keep the focus on long-term strategic advantage and not be stymied by a short-term return on investment approach. “Manufacturers that are in the forefront are looking at 4G and 5G as a strategic advantage to them, not just at one use case that will justify the implementation of a network,” Daeuble explains. “You have to look at use cases collectively and not necessarily connect up all machines and assets at the get go.” 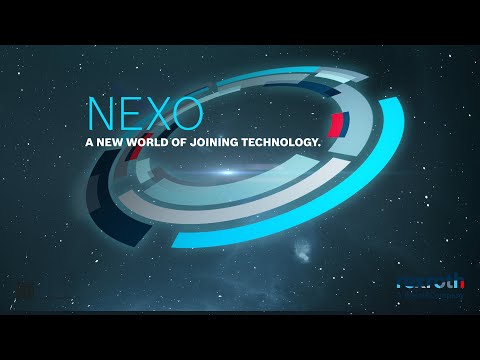 Enter a New World of Joining Technology with NEXO 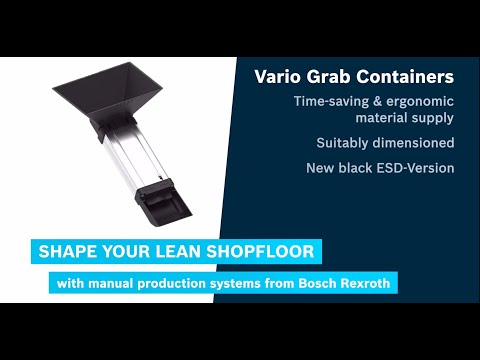 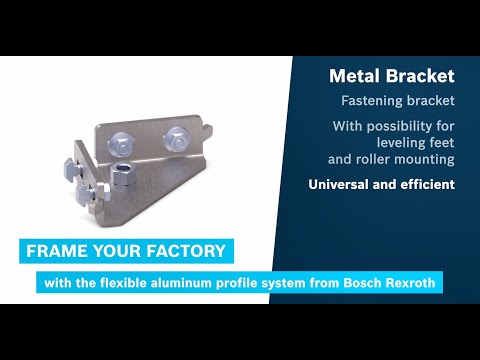