Noting a shift in its approach to incorporate data communication related software, Harting also announces the formation of a network of companies committed to advancing the development and application of single pair Ethernet technology.

While hardware components and devices will always be a central part of the automation industry, it’s clear that software now plays an equally important role. Among the primary reasons for this development is the growing use of Ethernet in both the discrete manufacturing and processing industries. The use of Ethernet, when compared to fieldbus networks, has eased the transmission of device and machine data not only to other machines and devices, but to other parts of the enterprise and to the cloud for analysis.

Evidence of software’s increasing importance to automation applications of all types was very much in evidence at the SPS (Smart Production Solutions) 2019 event in Nuremberg. Nearly all the traditional component and device suppliers now spotlight their software alliances, cloud platforms, and Industry 4.0 strategies.

At the Harting exhibit at SPS, this transition was not only on display, it was a major part of the company’s messaging. Considering the company’s long history as a supplier of connectors, switches, and cable assemblies, this shift underscores a clear change in the industry.

Edgar-Peter Düning, Harting’s managing director, said the trend toward the digitalization of industry “highlights for us that we can’t just think about electrical and mechanical components on their own anymore. We have to think about getting the data we collect from our devices to the cloud and edge.”

Düning noted that Harting’s focus on connecting machines to the Internet is through its Mica edge computing platform and its partnership with and investment in PerFact Innovation around the digital twin on Harting’s HAII4YOU Smart Factory. “Harting is the device and PerFact is the software for taking our device data to the cloud,” he said, adding that PerFact’s software is Harting’s web-based cloud platform.

Dr. Robert Rae, CEO of PerFact, highlighted the fact that PerFact’s software runs on Linux, which makes it license free and scalable for manufacturers to help ease the process of digitally transforming their operations.

Ethernet cabling and connector display in Harting's exhibit at SPS 2019. Note the ix Industrial and T1 displays, which Harting contends are the future of Ethernet connectors in the factory.Harting’s principal announcement at the SPS event was the unveiling the SPE (Single Pair Ethernet) Industrial Partner Network. In addition to Harting, the six other founding members of this network include TE Connectivity, Hirose, Würth Elektronik, Leoni, Murrelektronik and Softing. Düning added that Molex, Igus, Amphenol, and Dehn will also be part of the network in addition to the seven founding members.

“Single Pair Ethernet is the infrastructure basis that makes the IIoT (Industrial Internet of Things) and Industry 4.0 possible,” said Philip Harting, Harting’s board chairman. “This network is a strong partnership of industry leaders, who are united in their support of the T1 Industrial interface.”

The company considers the T1 connector for SPE and ix Industrial connector for standard Ethernet as the future of Ethernet connectors in the factory, as both are smaller than the RJ45 connector, thereby enabling the reduction of device/component footprints.

According to Harting, SPE enables the transmission of data by Ethernet using only two wires and the simultaneous power supply for terminals via PoDL (Power over Data Line). Previously, two twin wires for 100 MB Ethernet or four twin wires for Gigabit Ethernet were required. SPE permits the connection of equipment, sensors, and actuators via end-to-end IP-based communications down to the field level.

SPE is recognized as a uniform Media Depended Interface (MDI) as defined by ISO/IEC JTC 1/SC 25/WG 3 and TIA42. It has also been recognized by IEEE 802.3 and IEC SC46C for uniform transmission standards and copper data cables. 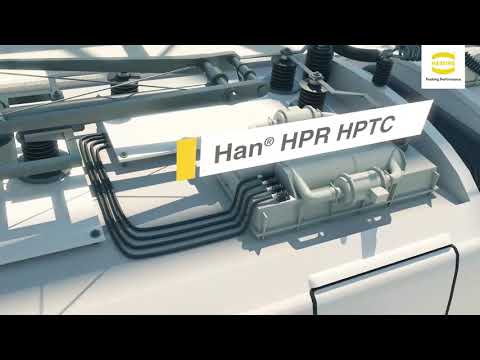 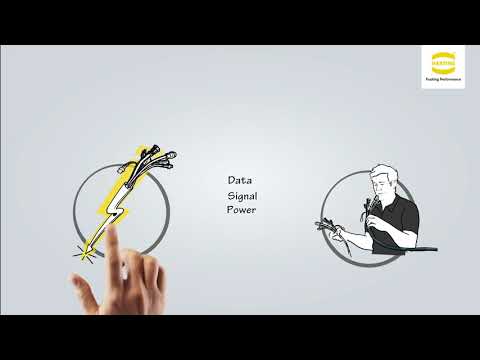 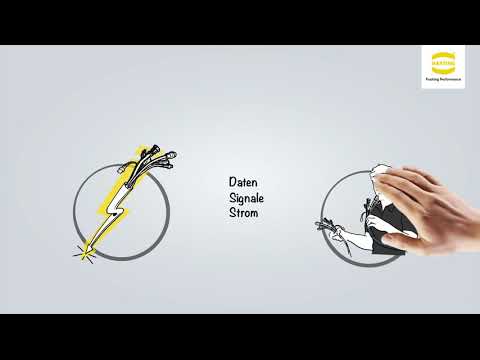