The Race Toward Digitalization

Amid a continuing upswing of automation investment across industry, Siemens further dedicates itself to digital manufacturing—and all the Big Data, Cloud Computing and mobile technologies and applications that come with it.

While having lunch with a few fellow attendees at the Siemens Automation Summit 2015 yesterday—who happened to represent a few of the most sizable process industry companies in the world—I was captivated by discussions of major automation upgrade projects underway at their facilities. As I listened to them relate their stories, I could not help but ask what drove these major projects. Was it the appeal of new technology? The fear of being outpaced by the competition? Or was it simply time to upgrade?

I promised everyone at the lunch table that I would not disclose their names or company affiliations in turn for their honest response to this question. They all answered quickly with essentially the same answer: It was not just time to upgrade—it was past time to upgrade.

It’s a familiar story across industry—plants running with decades-old equipment because that equipment is: a) dependable, and b) often complicated and costly to replace.

Though the overdue status of upgrades is clearly a major driving factor for so much automation spending over the past few years, I contend that the quickening pace toward which everything in our personal and business lives is going digital has had an equal amount of influence on pushing industry upgrades into high gear. After all, for industrial operations to support and matter in the new digital world we are quickly creating, these upgrades are essential.

“The digital revolution is coming to industry,” said Raj Batra, president of Siemens Digital Factory Division, in his keynote address at the conference. “And scalability is the key,” he added while pointing out that digital manufacturing initiatives can be launched in such small increments that it’s a concept available to companies of all sizes and types.

Explaining the specific impacts that digitalization is already having on process and discrete manufacturing industries, Batra noted that, for the process industries, the biggest impacts are felt in plant design and engineering, installation and commissioning, and operations and maintenance. For discrete manufacturing, the impacts are more clearly seen in product design, production planning and engineering, production operations, and service.

As overwhelming as the idea of digitalization may seem to many manufacturers at this point, it’s important to understand that embracing digitalization doesn't require a “rip and replace” of all existing automation technologies, said Batra. “Small changes can make a big difference. Plus, there is no blueprint on where you have to start” since the positive impacts are so widespread across industries. “The key is to start somewhere,” he said.

And starting “somewhere” is critical given the industry statistics Batra cited during his keynote.

One source Batra cited showed that industry created 2.8 zettabytes of data in 2012. In case you’re wondering, a zettabyte is equal to one sextillion bytes—that’s bigger than a terabyte, petabyte, and even an exabyte. And by 2020, industry is expected to be generating some 40 zettabytes annually.

Given this level of data creation, it’s not surprising that 87 percent of industry executive say that Big Data is important. “In fact, 42 percent of executives say Big Data is their number one priority,” said Batra. “But only 5 percent have implemented a big data strategy. Industry is thinking big, but not acting on it.”

No matter where you are on digitalization spectrum, you—as a manufacturer—are constantly creating lots of data that should be managed and analyzed properly to achieve any level of process improvement. And as automation technologies across the board gravitate toward a digital state (like nearly everything else in our lives), the volume of data being created will only grow exponentially.

The lack of insight into manufacturing data noted by Batra has tangible impacts on industry. “Forty percent of manufacturing have little to no visibility into real time status,” he said. “Thirty percent spend as much as four hours a day searching for equipment and products on the plant floor. And 50 percent only become aware of a problem after a breakdown occurs.” And all of this is ultimately due to a lack of insight into data that’s being captured but not properly analyzed—or not even captured at all—through lack of a digital strategy.

To highlight how some companies are currently using digitalization strategies to positively impact performance, Batra cited: 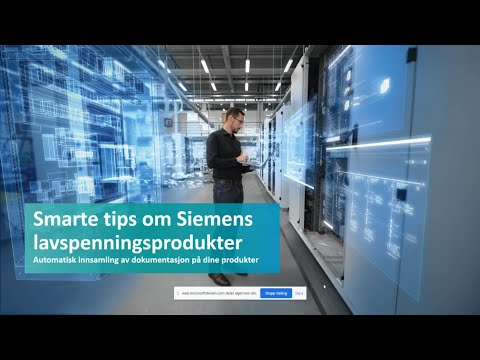 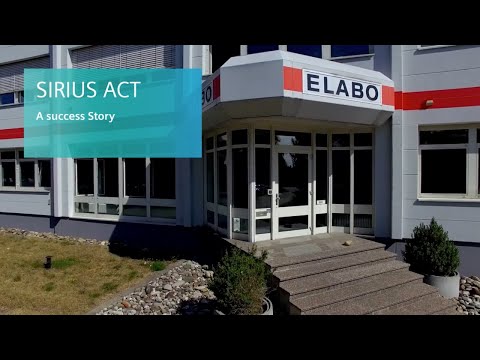 Use of SIRIUS ACT at the company Elabo 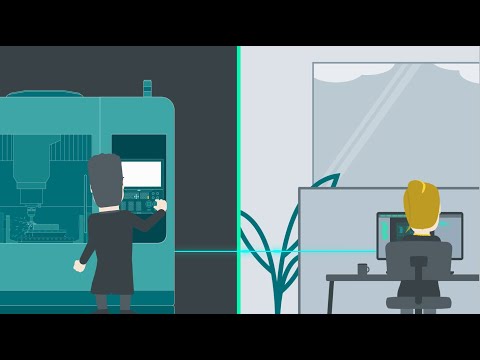