Since its announcement last spring, Siemens has been busy deploying and adding capabilities to its cloud-based Internet of Things operating system.

With greater levels of attention being focused on edge computing over the past year, discussions about cloud computing have moved out of the forefront of the Industrial Internet of Things (IIoT). But that doesn't mean the cloud has been relegated to the past. Even as edge computing applications move more front and center in IIoT applications, the cloud will still play a critical role—particularly in analysis.

This analysis role for cloud computing was highlighted by Siemens recently when it announced its plan to integrate IBM’s Watson and other analytics tools powered by Cognos Analytics into its MindSphere cloud-based operating system. MindSphere, which was introduced at Hannover Messe last spring, is designed to improve the efficiency of production systems through the acquisition and analysis of large quantities of production data.

Two distinct goals are behind the incorporation of IBM technologies into MindSphere. This first of these is to provide additional visualization and dashboards. The second is to deliver analytics tools via APIs (application programming interfaces) for app-developers and data analysts.

The cognitive analytics provided by Watson are expected to help MindSphere users access and analyze data from sensors to “identify hidden connections in the huge amounts of data generated by production equipment,” said Siemens in its release announcing the Watson connection to MindSphere. More specifically, IBM’s analytics tools are expected to help industrial users in three ways:

At the 2017 ARC Forum held earlier this month, Jagannath Rao, senior vice president of data services for Siemens USA, said Siemens currently has 30 customers using MindSphere. In his presentation, he pointed to two industrial production case examples. One of these instances involves machine monitoring for a major soft drink producer. The beverage manufacturer is using MindSphere as an IoT system for predictive maintenance on 150 motors in machines distributed throughout its production facility. In addition to providing the company with global access to the data from these motors, it has also reportedly increased asset uptime through better failure predictions.

Rao pointed out that MindSphere is comprised of three layers: MindApps, MindSphere and MindConnect. MindApps are apps from Siemens and partners that are used to deliver asset transparency and analytical insights. The MindSphere operating system itself is the interface used to create customer-specific apps and works on a variety of cloud infrastructures including SAP, AtoS and Microsoft Azure. MindConnect offers secure and encrypted data communication to deliver plug–and-play connection of both Siemens and third-party products to the Mindsphere OS.

Siemens has focused a great deal of work on making all three of these layers open, said Rao. He clarified his use of the term “open” by saying these layers are “not just open sourced, but truly open.”

Highlighting the strengths of MindSphere for IIoT applications, Rao noted Siemens' installed base of more than 100 million devices (including 30 million automated systems) already connected to MindSphere, the ability to transfer specific domain expertise into vertical-specific analytical applications, digital twin capabilities for optimized engineering and maintenance, and the OS’s plug-and-play connectivity for easy connection of assets without coding.

Rao added that, to help end users digitalize their operations using MindSphere, Siemens offers a deep-dive workshop to identify specific use cases, helps them implement one of the identified cases with a technical proof of concept (PoC), and provides ongoing support after the PoC to maximize the benefits from MindSphere. 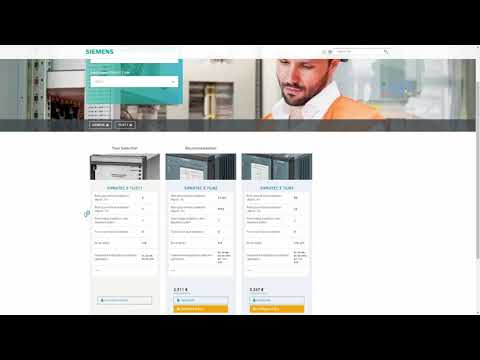 The products can be used in a variety of industries including packaging, mining, food and beverage, and more.
David Miller
Sep 28th, 2021

Applications of machine learning and other forms of artificial intelligence have been recognized in robotics and analytics. Now the technology is adding some spice to basic control applications.
James R. Koelsch
Jul 15th, 2021
More in IIoT