Cost-effective and efficient manufacturing processes depend on asset management data for both production and business operation strategy and tactics. But many companies are operating with either outdated or poorly designed asset management tools. Here’s how to ensure your asset management approach fits your needs.

Before going into greater detail, let’s begin with a generic, but universally applicable checklist approach for an effective asset management process.

The first steps on this list involve identifying which asset(s) could benefit from monitoring, says Sean Gregerson, electrical engineer and director of sales for InStep Software LLC (www.instepsoftware.com). Next, identify a technology supplier that meets your requirements. Then develop a project plan that includes installation, configuration, testing, model development and training.

Though these initial to-do steps appear straightforward and fairly intuitive, Gregerson warns not to approach them lightly. “If any one of these steps is not executed properly, it can lead to an unsuccessful implementation,” he says.

Once you’ve completed these initial steps, deployment comes next. This means that end users must identify or install a hardware server on which the new asset management software will run. The deployment process requires establishing connectivity between the software/analytics platform and the historian.

Following deployment, you should then develop and test models to understand each asset’s operational profile and establish parameters for what constitutes “good operation,” Gregerson explains. Once this is complete, configure e-mail notification to specific personnel related to specific assets. This step should always be accompanied by appropriate training for the personnel on the receiving end of these alerts.

Finally, the activation step arrives. “You’re live and running, and looking to identify components operating abnormally,” Gregerson says. To help understand the cost saving benefits of asset management, Gregerson offers an example of a large U.S. utility customer that, in the past year, saved more than $4 million by early identification of a cracked gas-turbine blade.

Best practice path
Beyond the importance of following each of the steps outlined above, it is equally critical that you follow them in order.

To help with this, Benders follows best practices presented by the British Standards Institute’s (BSI, www.bsigroup.com) publicly available specification (PAS) 55.  According to BSI, “[it] describes asset management as the systematic and coordinated activities and practices through which an organization optimally and sustainably manages its assets and asset systems.”

Ventyx’s mining end users like PAS 55, says Benders. “It allows them to drive standards into their businesses because they can point to an external party that created it. That makes it easier to get acceptance.”

But end users also need to find a software package that aligns with the way they want their business to move, Benders adds. Implementations can fail when end users want to go down the path of asset management but say that certain software processes have to be modified to fit their business, he says.

Avoiding this common point of failure demands constant company culture discipline. You need to follow the mantra of avoiding software changes unless absolutely necessary even as the software product evolves, Benders says. “If you don’t, you diminish the ability to handle upgrades,” he says.

One utility company using Ventyx software recently reaped the benefits of following this mantra by increasing improvements to assets by 300 percent with the same staff levels, Benders says. Of course, that’s not to say they spent less money in the process of improving those asset, he adds, “but they didn’t have to increase their workforce” to achieve it.

Change management
A key aspect of the installation phase is managing change. Chances are, Benders says, “there are going to be changes in the way you work” that come with the new software. “You need to bring workers along on that pathway.”

For new technologies, Bender’s experience shows those older operators tend to be the most difficult to bring along that pathway because “they’re more in tune with what they do and why they do it.” This is not the case with younger workers, however, because “they have a vastly different expectation of the systems they will use. They want access to what they have on their mobile phones or at home.” So those younger operators don’t mind moving around the monitor screens, while older operators do, he adds.

Another reason older operators tend to resist changes to new software is that they “count on employee heroics, such as someone knowing what the sound or smell of equipment or processes means, then taking action quickly,” Benders says. “EAM (enterprise asset management) systems overshadow, if not replace, those heroics.”

Benders adds that despite the capabilities of new EAM software, you can’t afford for those employee heroics to disappear. “We want to institutionalize that knowledge,” he adds.

>> Track and Trace Has Its Place: Read the important role that track and trace plays in asset management. Click here.

To help operators better understand that value associated with making the change, it can be helpful to train them on how the combination of downtime monitoring and maintenance-and-reliability key performance indicator (KPI) calculators typically found in asset management software drive specific business value.

Pablo Asiron, CEO of RtTech Software Inc. (www.rttechsoftware.com), says that “mining and metallurgical-processing industries have been using asset management systems for more than 20 years because they understand that 1 percent annual increase in utilization means around 75 more production hours a year.” That may not sound like much, but if you consider that coal, produced hourly, represents $50,000 of revenue, the additional hours mean $3.75 million more annual revenue.

RtTech’s largest to-date project involved replacing an existing system in a coal-handling facility in New South Wales, Australia, which had an hourly production rate of 2,576 tons. Using RtDuet downtime, uptime and event tracking system, the company was able to “track more than 50,000 pieces of information from more than 450 key pieces of equipment throughout the entire site,” Asiron says.
Replacing home-grown systems

“Of the 15 systems we worked on last year, the majority were to replace home-grown systems,” Asiron notes. “That’s because companies are starting to fully understand the cost of developing and maintaining home-grown systems—and are abandoning them as quickly as they can.”

But replacing home-grown systems has its own set of challenges—most notable is the necessity of overcoming egos and disparate views. “That’s why we get their buy-in early on,” Asiron says. “Failing to do that can cause a lot of problems later, particularly with system utilization.”

New system utilization is a critical factor to track because most sites have, for years, been tracking assets by hand or using Excel or a home-grown system. “We have visited sites where each area had its own custom downtime system,” Asiron says. How costly was that? At a Queensland, Australia, site, Asiron says they learned that the first hour of any plant production meeting was spent discussing why the numbers were so different between the different plants.

Jim Campbell, president of Viewpoint Systems Inc. (www.viewpointusa.com) approaches the to-do list from the point of view of knowing what’s being measured, how frequently, and the outcome of those meas-urements. This could apply to monitoring vibration and component clearance in a machine or using accelerometers and proximity probes to gather data for analysis.

Viewpoint Systems uses National Instruments’ (www.ni.com) CompactRIO with Dynamic Signal Acquisition hardware for simultaneous sampling of multiple accelerometers and proximity probes. “Lower bandwidth signals such as fluid temperature, pressure and RPM have been measured to correlate high-speed acceleration and position waveforms against parameters traditionally measured with a programmable logic controller,” Campbell explains. “Systems such as these are basically watchdogs looking for danger signs." 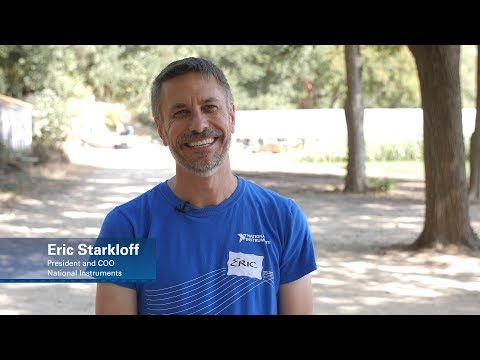 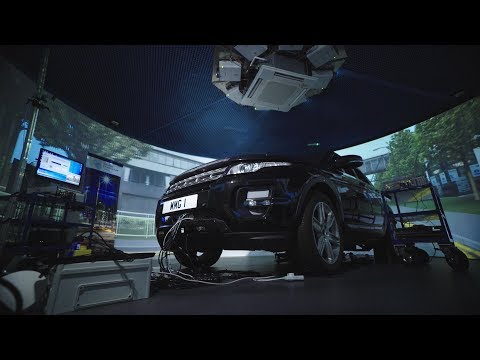 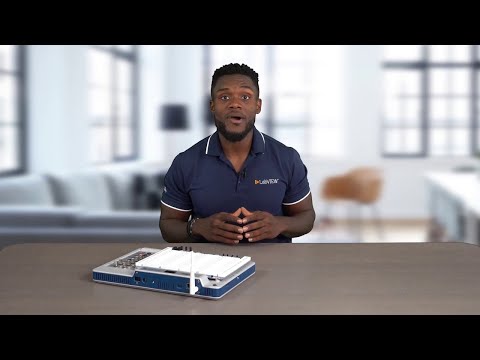 Getting Started with NI ELVIS III

What role does the machine builder play in optimizing the ongoing operation of industrial machinery? Perhaps not enough.
John Kowal
Nov 1st, 2019

There are a lot of parts to be aware of when developing a flexible batching system. However, if you want to ensure operational efficiency, developing well-balanced phases is the most integral piece.
Dec 9th, 2019

Auvesy’s versiondog software has been instrumental in the ability of Tata Steel Europe’s maintenance department to reduce downtime and improve efficiencies across its units.
Aaron Hand
Aaron Hand
Aug 21st, 2019

As part of the Republic of Kazakhstan’s five-year plan to elevate its economic sectors with digital technologies, starting with industry, ABB has won a multi-million-dollar project to modernize the Shymkent oil refinery.
Aaron Hand
Aaron Hand
Jul 30th, 2019
More in OEE

Lots of advice exists on how get started with Industrial Internet of Things projects. Insights on how to scale those pilot projects are not so common and are now being figured out by companies in real time. Petasense CEO Abhinav Khushraj offers insights he’s learned from customers going through the scaling process now.
David Greenfield
Jul 9th, 2019

Moverio Assist provides a complete turnkey system based on its smart glasses that makes it simple and more affordable for technicians to get see-what-I-see support in the field.
Aaron Hand
Aaron Hand
Jun 7th, 2019

ServiceNow’s workflow management platform aims to connect front office and plant floor workflows around one system that can connect with any MES or ERP system.
David Greenfield
Apr 30th, 2019