Schmersal to Celebrate Its 70th Anniversary

This year Schmersal will be celebrating a special anniversary.

This year Schmersal will be celebrating a special anniversary. From its humble beginnings 70 years ago, Schmersal has grown into a global supplier thanks to its inventive spirit, entrepreneurial drive, and team of dedicated employees. Schmersal's transformation into a world market leader is a fascinating story: it's time to look back into the past and also forward into the future of our company.

The history of Schmersal began with a love story. On the 30th of August 1945, as Kurt Andreas Schmersal made his way to the chamber of industry and commerce in Wuppertal to request approval to establish a manufacturing company, he met the clerk who was responsible for processing the request: Ilse Zschucke.

A few months later the company "K.A. Schmersal GmbH" had been founded - and the applicant had married the clerk. Nevertheless, the emotional ties didn't have much of an influence on the approval procedure: first of all, the ruling military government of the time had the final say in the matter. Secondly, the business concept itself was simply very convincing.

Based on the founder's technical expertise, the company was set up to produce switches and elevator switches in particular. And there was already a market for such products: after the war, Schmersal's control devices were urgently required for elevator repairs and in vital establishments such as hospitals. However, one of the first products that Schmersal produced shortly after the company had been founded was... the waffle iron. At the time there was huge demand for household appliances. In addition to waffle irons, hot-plates and similar appliances could be exchanged for food or fuel, and later for machines and materials needed for the construction of switches prior to the currency reform in Germany. A copy of the famous waffle iron can still be seen in the Schmersal tec.nicum training center in Wuppertal today.

In the year the company was founded, the workforce consisted of three technicians, eight laborers and one clerk. Their work began on rather meagre premises (the lack of window panes meant that the windows were boarded up) in Wuppertal-Elberfeld. But it didn't take long for things to improve: in the early 1950s, the start of the economic miracle in Germany, Schmersal was producing switchgears (predominantly limit switches) for the flourishing construction industry.

Schmersal began working with control technology as early as the start of the 1960s. Thanks to its pioneering work, German television's first multi-vision screen, which caused a sensation with the quiz show "Einer wird gewinnen" starring Hans-Joachim Kulenkampff, was controlled using a Schmersal mat switchgear. By 1960, the number of employees had grown to a total of 156 (plus 22 apprentices).

By the 1970s, Schmersal began welcoming the age of globalization by founding ACE Schmersal in Brazil. This was followed by production sites in China (1999) and India (2013).

At the beginning of the 1980s, Schmersal entered into a new field of activity: the culture of standardization that was emerging at the time required special safety switchgears. Up to that point, almost every sector in the machine safety industry had its own regulations. The safety requirements for various machine applications differed significantly. It wasn't until the 1980s that uniform standards appeared. These were then also adapted on an international level when the single European market was launched in the early 90s. As a result, demand for safety switchgears began to grow. Schmersal recognized this trend early on and adapted its range accordingly, not least through technical innovations: in 1981, Schmersal developed the AZ 15 and AZ 16 safety switchgears and applied for them to be patented. These products were milestones in safety technology and remain Schmersal's best-selling switch types to this day.

With the establishment of its training center, named tec.nicum, in 2007, Schmersal lay the foundations for the construction of an important field of business: comprehensive customer consultancy services ("Safety Consulting"). The opening of the kindergarten in 2008 was a significant step forward for the employees in the Wuppertal branch, making it easier for them to coordinate their families and jobs.

2011 went down as the best financial year in Schmersal's company history: some 1,350 employees generated a turnover of 180 million. However, this record was then topped two years later: in 2013 Schmersal achieved a turnover of 196 million. In the period from September 2013 to September 2014 alone, the company employed 294 new members of staff, taking the total number of employees up to 1,730. What's more, they finally hit the 200 million mark in turnover last year.

Now, Schmersal can proudly say they are the world's biggest supplier of safety switchgears and one of the international market leaders in the field of machine safety. "We don't want to rest on our laurels, though. After launching our strategic restructuring process several years ago, we are not going to give up on it now. Our aim is to keep expanding our market position as a provider of systems and solutions," explains Philip Schmersal. "We want to offer our customers comprehensive solutions. This also includes safety consulting. As a system provider, we hope to work with more international customers in the future and strengthen our presence in international markets."

Videos from Schmersal Inc.View all videos 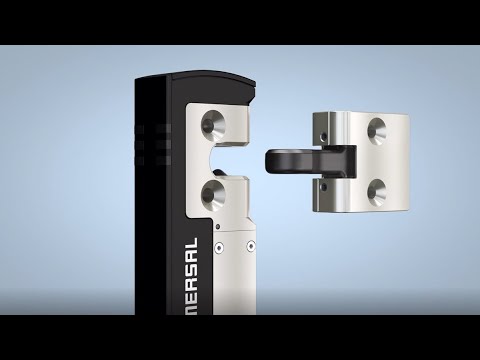 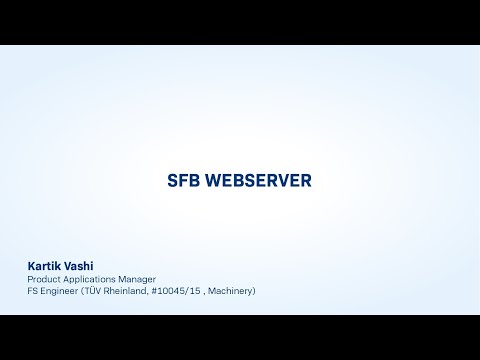 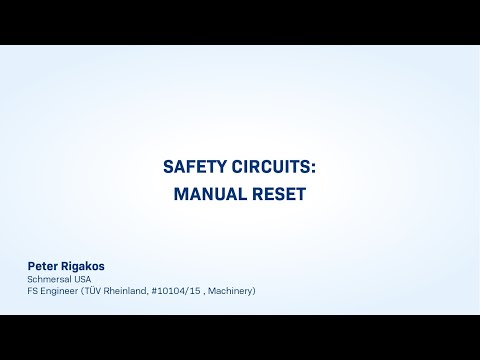 Is Your System Maintainable?

Don’t waste your money on a system integrator (SI) who leaves an undecipherable system when they finish. Learn steps your SI should take for a smooth transfer of information, so your team can utilize the new process right away—without information gaps.
Jeff Allen
May 10th, 2021

Why proactive control system maintenance covering I/O health and performance, HMI/SCADA, and controllers is critical to avoiding unplanned downtime and providing line of sight into issues that need to be addressed.
David Greenfield
May 9th, 2021

Whether it's the need to scale up or down, re-strategize production, or re-deploy employees, Industrial Internet of Things technology has been essential in making these transformations possible.
Luigi De Bernardini
May 3rd, 2021
More in Home