The Boeing 787 Dreamliner has been as widely maligned for its engineering problems as much as it was once heralded as the best example of future commercial airline design. Despite a few very public missteps surrounding some of the plane’s components, one of the 787’s clear successes can be found in its modern, automated assembly processes, developed by Advanced Integration Technology (AIT).

Advanced Integration Technology (AIT) is a supplier of turnkey industrial automation systems for the aerospace industry. The company builds integrated manufacturing, tooling and assembly systems for commercial and military aircraft produced by companies such as Boeing, Bombardier, EADS, British Aerospace, Lockheed Martin and others.

For the Boeing 787, AIT was charged with designing and building a fully automated positioning and joining system to join the plane’s major fuselage components. Key elements of the assembly systems designed by AIT include a motion control system, servo drive platforms, failsafe CPUs and distributed I/O, with the entire hardware suite communicating over a Profinet network.

To fulfill Boeing’s requirements, AIT designed two complete assembly systems and one positioning system. These systems are used to join the three main sections of the fuselage. AIT designed the alignment and positioning systems to allow rolling them under the aircraft dollies after the sections are brought into the Boeing factory. By doing this, AIT was able to dramatically reduce auxiliary equipment needs, materials handling requirements and additional positioning steps in the assembly process.

Specifically, AIT’s assembly systems are used to join Section 41 (forward fuselage), Sections 47/48 (aft fuselage) and Section 12 (left and right side wings) to the mid-fuselage of the 787 aircraft.

This architecture was used for the control nodes in each operational system in the production line designed by AIT. According to Ed Chalupa, president of AIT, each unit is capable of working independently of the others in the line; or, with the addition of a few Profinet cables and mode selections, the final body join assembly tool can be run as a single entity.

When running together, the safety devices work together to provide required response levels to all E-stop events on the line. Each unit motion controller receives commands to perform uniform group movements with the tool as a whole via network communications from the HMI. 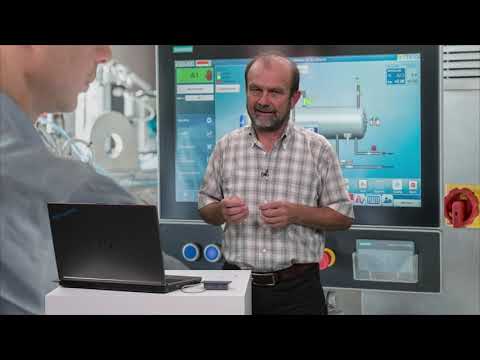 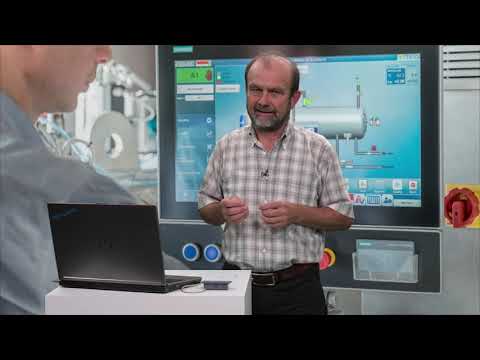 Creating your Config-Card for the SIMATIC RF1000 Access Control System