From robotic safety standards to disparate best practices in the fast-growing oil and gas industry, U.S. multinationals and their machine-builder partners are having to analyze and adapt to changes. Such challenges and constraints are opening the door to innovation.

A pained expression can appear quickly on a plant engineer’s face when talking about new safety standards, such as new procedures for safeguarding a robotic cell, or introducing a new workflow procedure based on an internal best practice developed by the manufacturer. Outside standards and best practices can drive real improvement, but implementing them can be a real headache.

Adherence to standards varies widely in the manufacturing and continuous process automation space, but noncompliance with safety standards, the European Machinery Directive and other standardized best practices is not an option for U.S multinationals.

Failure to comply with robotic safety standards will keep an OEM’s machinery out of the European Union, for example, while adoption of the ISA-95 standard for software development could stall when its complexity bumps up against manufacturing realities.

The reality of the importance of standards implementation and adherence to best practices is revealed in a 2011 Aberdeen report that states that improved safety practices for manufacturers is being driven by the “need to be in compliance with regulatory and safety standards.”  Sixty-four percent of those surveyed agree with that statement, compared with only 49 percent who say “reducing the number of safety injuries/incidents” is what drives their compliance with best practices and standards.

ISA-95 adoption runs into stiff challenges due to serving two masters—operations and corporate management—and because enterprise resource planning (ERP) providers seldom use ISA-95 as a starting point for solutions. “There still is a disconnect between business and manufacturing standards,” says Marc Leroux, chief technology evangelist at ABB. “While ISA-95 is robust and has proven efficiencies, it’s not universally recognized for its value at a corporate level, and an ERP system is owned at the corporate level.”

Charlie Gifford, chief manufacturing consultant at the Intelligent Manufacturing Institute and chair for the ISA-95 Manufacturing Operations Management (MOM) working group, has worked with U.S. multinationals for years and points to the need for a data governance framework at manufacturing plants.

The most recent update to ISA-95, Part 5, loops back around to the object models of part 1 and 2 and aims to connect and organize production objects and activities back to level 4 (enterprise systems) via common process definitions. ISA-88 and ISA-95 also provide definitions of batch control terminology and enterprise-control system integration terminology.

This terminology is presented within models, which explain the relationship between the words. Some manufacturers are defining their models better than others.

“In the last five years, the top 20 percent (of U.S. manufacturers) has reached a point where they have to re-architect their plant systems because of custom interfacing, custom reporting, and every time they release a new product they have to change their systems,” Gifford says. “This does not allow you to be an adaptable plant.”

“A lot of it, believe it or not, was actually led by the beer industry as well as Coca-Cola, Pepsi and Nestlé. These companies realized that they had to reuse what they were doing from plant to plant all over the globe and have best practices,” Gifford says.

For the food and beverage industry, ISA-88 and ISA-95 have been a beacon in the complex night of globalization. Coors and Miller Brewing Company merged in 2008 and compiled a total of 10 plants worldwide after the acquisition. “Beer plants have become highly intelligent. Coors and Miller are now able to make all their products in all the plants due to an ISA-88-based recipe. I can go to any of those plants and I can pick up the recipe with the same ISA-88 framework, same terminology,” says Gifford. “If I’m integrating a new system, the functional requirements document is structured the same way. This is where the power of the standards have worked very well.”

In 2013, the American National Standards Institute (ANSI) approved R15.06—safety requirements—and that standard was the basis for the international standard ISO 10218. ISO 10218-1 and 10218-2, respectively, include safety guidelines for robot manufacturers and standards for the integration, installation and use of robots for a manufacturer.

ISO 10218-2 goes into full effect Jan. 1, 2015 and the biggest ramification of the updated standard is that every OEM, integrator and end user must now conduct a robotic risk assessment. Most end users for years have asked the robotic integrator for a risk assessment and some, such as Harley Davidson, expect integrators to meet the company’s own risk assessment standards for each cell built.

“However, multinationals are now writing into the integrator’s contract that a third-party review of the risk assessments is needed to make sure safeguards do comply with all applicable safety standards,” says Mike Kunkle, president and principal consultant at MEK Consulting.

Third-party audits make sense as end users are now using robots for different applications than they were five years ago in the automotive industry. “Automotive has seen the introduction of many new materials—carbon fiber, plastic and aluminum,” says Aldo Marcuzzi, vehicle operations industry manager for Siemens Automotive. “For example, this certainly has changed the process of body shops. Where welding was the main application, now you are seeing more joining technology, such as rivets, glue and laser welding. Robots are not really changing, but what they are doing is.”

The third-party review for safety assessment trends can also be found with the recently updated ISO 13849 machine safety standard. Part II of the standard, which was implemented in 2012, covers validation for safety-related parts of the control system.
“Validation is somewhat kind of a new philosophy for some companies,” says Mark Nehrkorn, manager of safety services and solutions at Sick. “What we’re seeing is that the OEM partners that we work with will ask us or at least offer our Safety Services Group as an option to their end users.”  Sick has contracts with U.S. multinational corporations where they perform the third-party risk assessment, risk production strategy and validation.

With these updated standards, a multinational’s safety culture comes into focus quickly. “I know of a major food and beverage company that purchased a lot of their distributors a few years ago, and they found that those distributors were not necessarily living up to the safety standards the company expected. So that certainly became part of the changes that had to take place, and culturally it was a big shift for some of those distributors,” says Steve Ludwig, safety programs manager at Rockwell Automation.

In a recent presentation titled “Three Steps to Knowing Your Actual Process Safety Risk,” Karl Watson, a process safety consultant based in the U.K., stressed the move to automating manual step procedures and creating standard entry formats. For instance, manual data-logging on fill levels can be flawed because of a lack of a common language, and inaccurate data communicated to second shifts can also lead to inaccurate analysis and safety events.

“When introducing new systems [standard entry formats], operators need to make sure they only enter the information, they would normally enter,” says Watson. “By providing standard entry data formats, we can continue to provide efficiency of data entry and enable the necessary intelligence behind these entries, which are critical to determine the health of associated [safety] barriers.”

“Oil and gas projects have increased significantly in terms of size and complexity, and the amount of people touching a project these days is significantly larger than it was 15-20 years ago,” says Jeff Householder, vice president for global projects at Emerson Process Management. “Multinationals see the import of knowledge transfer with new projects and, specifically, building phases. And automation vendors—MACs—provide a consistent flow of people and knowledge via collaborative workforce technology.”

“There’s a great need for services such as well monitoring and stimulation. The remote monitoring equipment used in these applications are usually designed into a truck or mounted on a skid, and moved from site to site as operators need them,” says Mike Werning, field application engineer for Moxa Americas. Wireless applications provide a scalable networking solution as some shale wellheads are revisited multiple times and wired networking is not an option.

Also, more IT skills are being passed on to the field engineer in these shale plays, such as network troubleshooting knowledge and performing diagnostics. 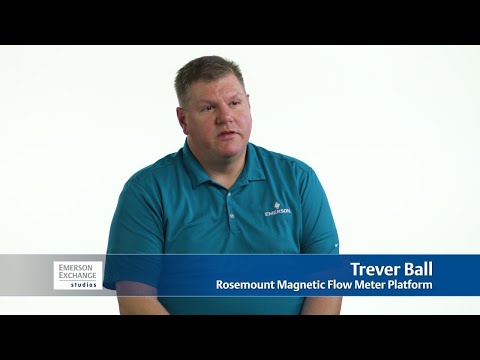 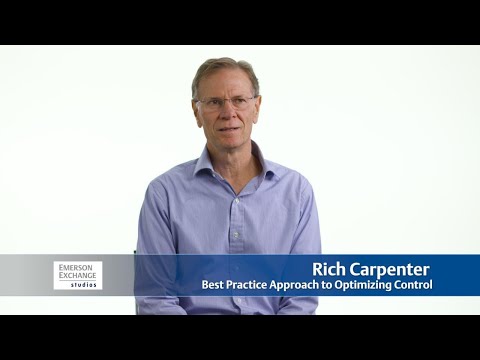 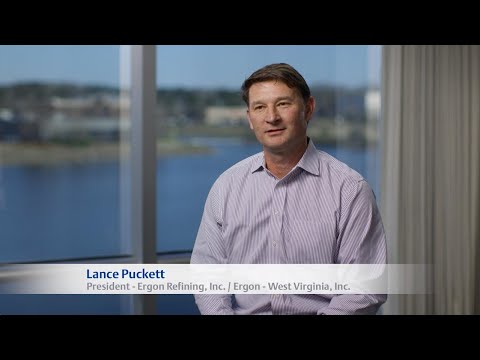 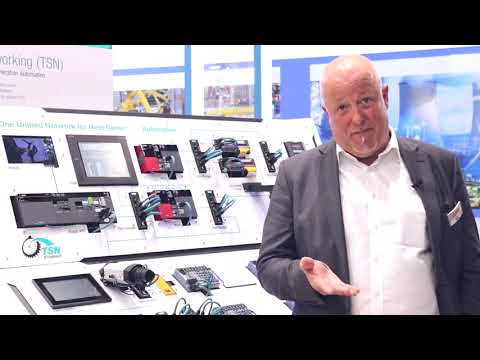 Moxa showcases real TSN applications together with partners at SPS 2019 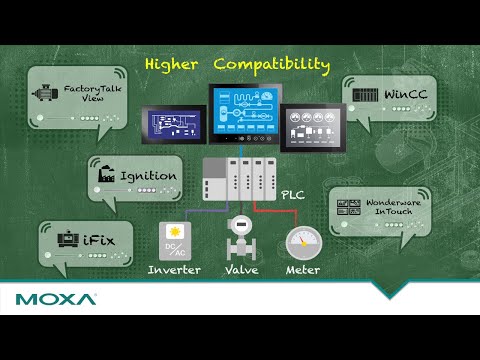 Rugged HMI Panels that Work Smoothly With Your PLCs 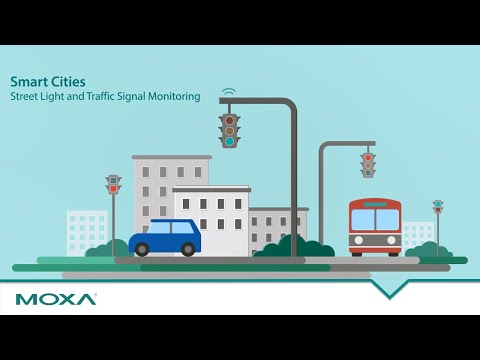 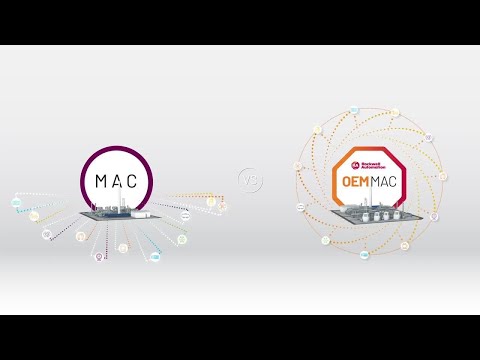 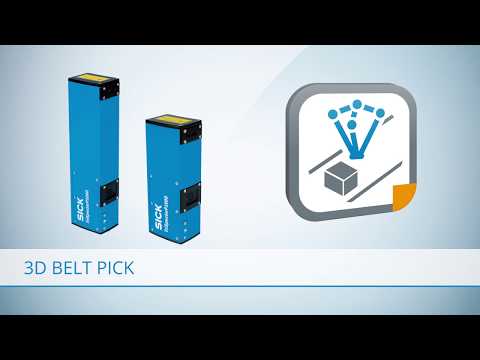 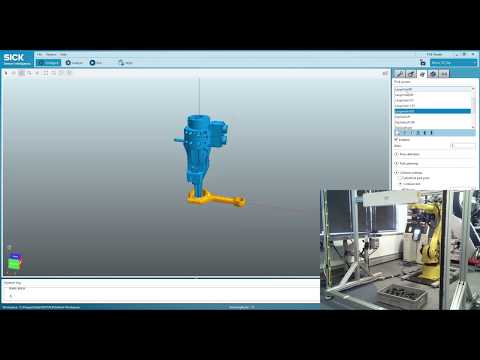 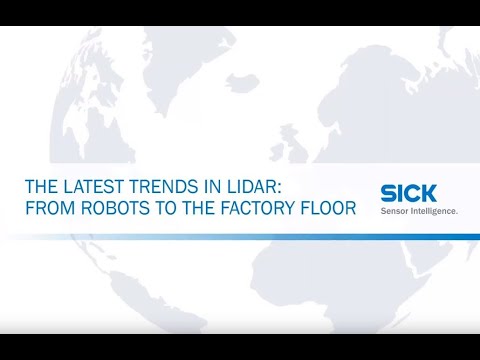 The Latest Trends in LiDAR