It Came From Outer Space…

Many of the technologies created for government programs have found their way into industrial applications. Now the sharing of innovation is also moving the other way, as wireless communications and computing power go from the commercial/industrial world into government equipment and facilities.

In 1844, a federal grant paid for a demonstration of the telegraph; 125 years later in 1969, the first node of the Internet was installed on the UCLA campus with funding from the U.S. Department of Defense. Today the Internet of Things (IoT) is fundamentally transforming manufacturing and the way people work and live. These are just two examples of how the purchasing power of the federal government and its investment in basic research have helped spur the U.S. economy, jump-started many of today’s leading industries, and encouraged the adoption of innovative new technologies by businesses and consumers.Many of the technologies created for government programs have found their way into industry, such as quieter motors and more efficient gas turbines. These were developed first for military aircraft engines and now provide a growing share of U.S. electrical power. Advances in instrumentation reliability and functionality, initially developed through federal purchases, have also been significant.

Space agencies require instruments to be robust enough to operate while enduring shocks, vibrations and extreme temperatures for years without performance losses or servicing. These same qualities are also needed for instruments used in harsh industrial environments on Earth. So today, the sharing of innovation has become more of a two-way street, with technologies such as wireless communications and computing power moving from the commercial/industrial world into government equipment and facilities.

A more recent example of the partnership between government and industry can be found in the wireless industrial networking system that will soon be bringing new communications capabilities to the International Space Station (ISS). Completed in 2011 with Boeing (www.boeing.com), as the prime contractor, the ISS is larger than an American football field including the end zones, and is operated by five space agencies from the U.S., the European Union, Canada, Russia and Japan. It serves as a test bed for building large structures in space, for conducting science and technology research, and for developments in future human space exploration.

Wireless access points from industrial automation vendor Moxa Americas (www.moxa.com),—supplied through its distributor, Industrial Networking Solutions (INS)—were selected because they could stand up to the harsh environment outside the space station, where temperatures in some locations can swing from -100 to +100 °C. These devices will function as access points, bridges and clients, enabling communication around the station.

Devices on the space station endure minimum-to-maximum temperature swings every 90 minutes during the station’s orbit. This means all components must be rugged enough to survive such constant temperature cycling. Commercial off-the-shelf (COTS) wireless technology typically cannot survive in this environment. After evaluating multiple vendors, NASA found that only the Moxa units could withstand its tests.

This extended wireless system using Moxa access points will be used to transmit data from external locations and internal mobile platforms to the ISS network. That network is connected to the station’s main communication system and uses NASA’s Tracking and Data Relay Satellite (TRDS) system to downlink to the ground.

Federal spending on technology has evolved with changing national priorities. In the 1800s, for example, the focus was on building a nation, with efforts to improve agricultural practices and encourage a nationwide system of railways. World War I brought support for the emerging aviation industry. After World War II, federal investment helped build the interstate highway system.

The emphasis then shifted to grants, purchases and policies that support innovation in space activities, the military, public health and environmental protection. Federal tax credits or rebates for private sector purchases of new technologies and R&D have also played a role in advancing innovation in many areas of the economy, including efforts to use energy more efficiently.

From the 1940s through the mid-1980s, according to a study done for the Pew Center on Global Climate Change, the federal government supplied more than half of all U.S. R&D funding—a share that has declined considerably since then with significantly lower federal tax rates, declining public revenues for research, and Congressional deficit fights. Today, industry is faced with taking up the slack.

Marc-André Soucy is director of ABB’s (ABB Inc., www.abb.com), remote sensing business based in Quebec City, Canada. In regard to industry suppliers leading research, he refers to the development of a new industrial sensor to study planetary rocks from a Mars/Moon Rover. The federal government supplied $2 million for its development; ABB provided the remaining $6 million.

The new design for this sensor is about half the size of its predecessor, says Soucy, with better performance and lower service requirements. It includes a solid-state laser designed to operate in space, without the need for servicing, for more than 20 years. Its predecessor needed servicing every three years. While the sensor has yet to be used for a rover application, ABB has sold more than 1,500 units for terrestrial use, Soucy says.

As one of the world’s largest engineering and automation technology companies, ABB is active in designing new instruments for the space and environmental programs of the U.S., Canada and Japan. The goal is to advance understanding of issues such as global warming, ozone depletion and the impact of pollution on air quality, as well as weather prediction and climatology. Space-based spectrometers to monitor the chemical content of the atmosphere and the level of greenhouse gases are among the many automation and measurement technologies ABB supplies. Others include optical instruments, hyperspectral imagers, flight calibration devices, optical ground support equipment, software simulators and data analysis.

Another research arm of the ABB Group is Los Gatos Research in Mountain View, Calif., which owes its existence in part to funding from the U.S. Small Business Innovative Research (SBIR) program through grants from the U.S. Department of Defense, NASA and other government agencies. That funding, says Chief Technology Officer Manish Gupta, helped ABB develop unique laser-based sensing technologies for space and defense programs that are also used in managing industrial processes.

The same spectrometers that monitor the atmosphere from aircraft, for example, now help hydrocarbon processing plants, such as refineries, measure gases and their chemical content. “These in-line analyzers are being employed as part of a refinery’s automation system,” explains Gupta, “replacing work that once had to be done manually in a lab and enabling tighter, more responsive control of chemical processes.”

The environmental impact of cows

In another application, a fast methane analyzer developed by the Los Gatos team was recently adapted by the Swiss Federal Institute of Technology to measure methane emissions from that nation’s 1.5 million cows. Mounted beneath the wings of a research plane that swooped 50 meters above the hills and valleys of Switzerland, it found that estimates of methane emission counts from the belching, flatulence and manure of the country’s ubiquitous cows had been too low. It turns out that the Swiss dairy industry, source of the country’s famed milk, cheese and chocolate products, is also responsible for 80 percent of its methane emissions.

Since methane’s impact on the atmosphere is 20 times that of carbon dioxide, those findings are important for a country that is trying to reduce its greenhouse gas emissions. The results will be used as a basis for experiments with different combinations of dairy feed.

“Los Gatos Research analyzers can perform up to 10 measurements per second,” says Doug Baer, Los Gatos president. “This allows scientists to record measurements in flight with a very high spatial and temporal resolution and thus quantify time-varying or dynamic phenomena that would be missed by flask measurements.”

The analyzer’s robustness, insensitivity to vibration and minimal maintenance requirements were critical to the experiment, because the sensor was mounted beneath the wings of a plane that flies at more than 100 mph.

In addition to their use in Switzerland, the ABB analyzers have been deployed aboard commercial airliners and NASA research aircraft to measure ammonia, carbon dioxide, carbon monoxide, methane, nitrogen dioxide and nitrous oxide plumes. Their robustness also makes them suitable for terrestrial applications such as monitoring gas-belching landfills, wetlands or peat lands that can also be significant sources of climate-changing methane.

The ability to survive and perform reliably in extremely harsh environments like space or the ocean has long been a priority in federal purchases. But now, in addition to robustness, government buyers are insisting that “instruments and other technologies be smaller, lighter, safer, work faster, be more energy-efficient, and provide greater functionality—the same values that pay off in industrial applications,” says Soucy.

A carbon isotope analyzer ABB developed to study life on the bottom of the ocean at hydrothermal vents and methane seeps, for example, is now being used on offshore oil drilling platforms to monitor methane isotopes during the drilling process. Refineries also use laser-based ABB sensors in their automated processes to monitor octane levels in gasoline. This prevents economic losses that result when gasoline is created at higher octane levels than the refinery is selling.

Automation is an increasing portion of military equipment purchases as well. Laser-based ABB sensors have performed continuous monitoring of carbon monoxide, oxygen and carbon dioxide levels aboard U.S. Navy submarines for a while. These sensors, which take measurements every 10 seconds, can ensure a safer crew environment and may replace old practices that involved a sailor taking measurements frequently and writing them down in a logbook. The benefits of using automated air quality monitoring systems like these to protect workers in hydrocarbon and chemical processing plants and other hazardous environments demonstrate how innovation driven by federal purchases adds value to the private sector economy. 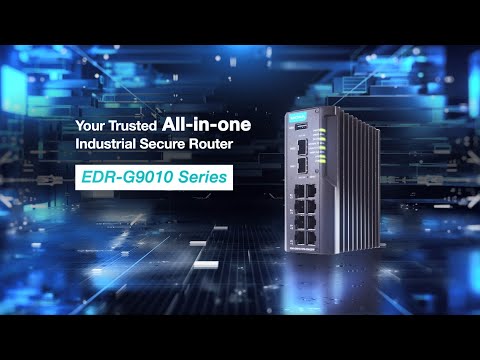 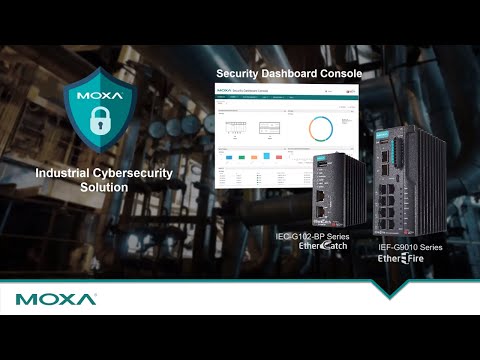 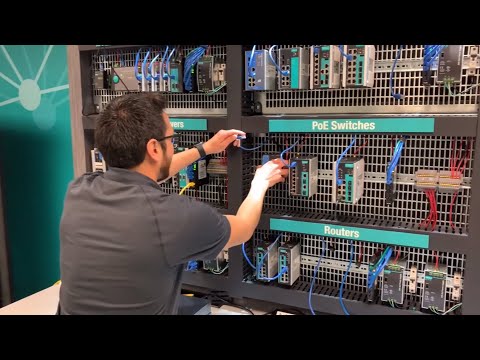