Airbus Creates its Factory of the Future

By leveraging the Internet of Things concept and commercial off-the-shelf tools, Airbus is reimagining its production processes through a research and technology project designed to improve its competitiveness and efficiency.

Despite an abundance of automation technologies in aircraft production facilities across the globe, a great deal of aerospace manufacturing remains a manual task. Tens of thousands of steps must be followed by operators in the aircraft assembly process, meaning that a single mistake or incomplete step can cost hundreds of thousands of dollars to fix.

Taking advantage of proven and available technologies to modernize aircraft assembly processes, Airbus is adding intelligence to its tools and shop floor systems to simplify the production process and improve efficiency by managing and checking the tasks the operator is completing. These “smart tools” can communicate to a central database, locally with operators, or to other smart tools as needed to provide operators with situational awareness.

Smart Tools
Airbus’ Factory of the Future project began more than two years ago, says Sébastien Boria, R&D mechatronics technology leader at Airbus. The basis for much of the work on this project centers on lessons learned from years of internal testing of smart tools and devices.

“The Factory of the Future project is the first time we’re deploying this smart tool technology to the production floor,” says Boria. “As a result, we expect to learn more about extended usability testing and processing vast amounts of data. Based on feedback from the workers we plan to continue improving these devices.”

Drilling, measuring, tightening, and quality data logging are the core functions targeted by the first group of smart tools developed by Airbus.

The smart drilling tool is capable of:

* Verifying which material is about to be cut through;

* Updating cutting conditions of the drill at each material layer;

* Logging the results of the drill at the current location;

The smart measuring tool can:

* Check that the measurement is within the parameters;

* Sets the appropriate torque/speed/angle laws for the location;

* Monitors the torque applied to the fasteners;

* Logs the given torque to a central manufacturing execution system database or an enterprise resource planning system; and

Airbus plans to deploy these tools for pilot test before the end of 2014.

Boria says that Airbus “tested the NI SOM as the foundation platform for all of these smart tools because of the ubiquitous architecture and framework that it provides to accelerate the development process from design to prototyping to deployment.”NI

Prior to developing the tools using the NI SOM, Airbus created prototypes using NI’s CompactRIO controller (the cRIO-9068). “[This] allowed us to integrate IP from existing Airbus libraries and open-source algorithms to validate our concepts quickly,” says Boria. “The flexibility of using graphical and textual programming along with reusing third-party development ported on top of the Xilinx Zynq and the NI Linux Real-Time OS offers the perfect level of abstraction for developing these tools. We can now reuse the code that we have developed on the NI SOM rather than having to restart our entire design process.”

Another key aspect behind the development of Airbus’ smart tools involves moving from the use of passive, or dead, data toward use of live data. Boria explains that most of Airbus’ previous modernization initiatives that led to the Factory of the Future project were focused on replacing paper with tablets. The problem with this approach alone is that it still leaves operators to work with passive/dead data.

“Smart tools enable the use of data in context—data that is generated and consumed continuously—in other words, ‘live data,’” he says. “Using live data means that human exploration and operation-based data are combined with machine insights in real-time. As a result, the operation and procedure can be processed dynamically and updated based on situational awareness through either the human operator or machine.”

This is a critical point in aircraft assembly considering that a typical subassembly of an airplane has roughly 400,000 points that need to be tightened, which requires more than 1,100 basic tightening tools in the current production process, according to Boria. Prior to the use of the smart tools, an operator had to closely follow a list of steps and ensure the proper torque settings for each location using the correct tool. The smart tightening tool, however, understands which task the operator is about to perform using vision to process its surroundings and automatically set the torque. Plus the device can record the outcome of the task in a central database to ensure the location was set properly.

“With the central manufacturing execution system (MES) database and the distributed intelligence of the devices, production managers can pinpoint the procedures and processes that need to be reviewed during quality control and certification,” says Boria.

Looking Ahead
Even though the initial set of smart of tools have not completed pilot testing yet, Airbus is already working with NI on more tools for its Factory of the Future. One of those tools is glasses that use an integrated NI SOM as a final measuring tool. With a tiny HD camera mounted on the glasses worn by the operator and connected to the NI SOM, the user can see an image of the data gathered from the smart tool as it is applied to a task.

Looking back on the development of the smart tools, Boria says that by using the NI SOM, “we estimate that our time to deliver a solution is a tenth of the time using alternative approaches because of the productivity gains of NI’s approach to system design, particularly with NI Linux Real-Time and the LabVIEW FPGA module.”

Further, more detailed usability and productivity results from using the smart tools in pilot tests at Airbus should be available in the first half of 2015. 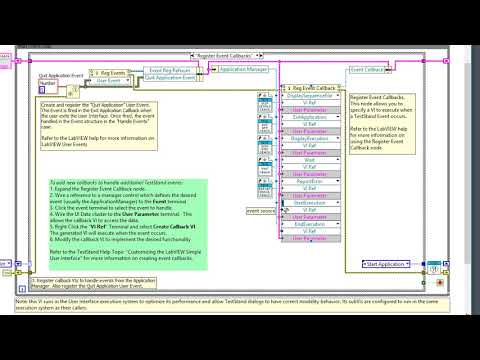 Disabling the UI buttons in the TestStand Operator Interface with LabVIEW 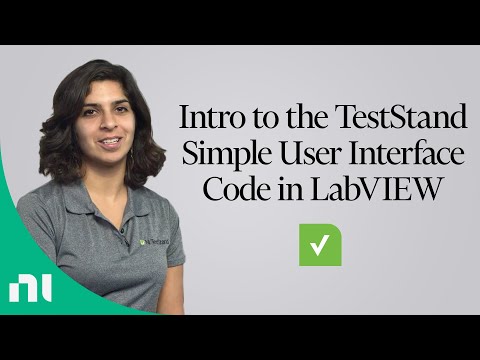 Introduction to the TestStand Simple User Interface Code in LabVIEW 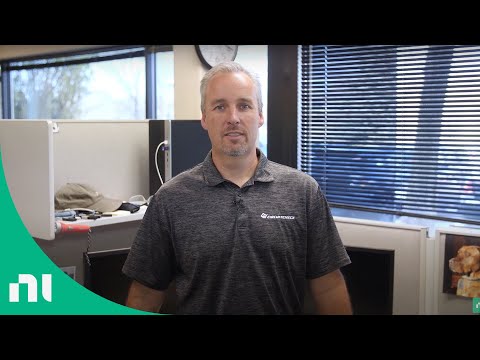