Controller Evolution in the Age of IIoT

Beth Stackpole
Controller Evolution in the Age of IIoT

Thanks to the addition of new communications protocols, open standards and mainstream processing power, industrial controllers are getting a modern-day makeover, transforming from single-purpose automation silos into multifaceted devices tuned for Industrial Internet of Things (IIoT) applications.

Long the workhorse of automation, industrial controllers have steadily evolved over the years from basic building block programmable logic controllers (PLCs) capable of handling only high-speed I/O and sequencing, to programmable automation controllers (PACs) stocked with more robust processors and memory to tackle advanced and often specialized instruction sets. The evolution continues in the age of IIoT, but in addition to all the chip-level advances, changing form factors and streamlined programmability, the latest generation of industrial controllers supports open standards and web technologies to bridge traditional islands of automation with enterprise IT systems.

The result of this convergence: establishing the modern-day controller as yet another network device to facilitate the real-time data exchange and analytics required for next-generation IIoT applications such as predictive maintenance. “It all boils down to information,” says John Kowal, director of business development for B&R Automation. “We’re starting to think of the controller as a network device as opposed to a closed, proprietary solution.”

Following Moore’s Law
One of the more significant developments enabling that transformation is the automation world’s continued embrace of mainstream processor technology as well as its adherence to Moore’s Law as part of the evolution of PACs. National Instruments (NI), for one, continues to advance its CompactRIO series of industrial controllers in line with this philosophy. Its newest and highest-level offering, the NI cRIO-9082, for example, features a 1.33 GHz Intel Atom Core i7 dual-core processor along with integrated Xilinx field-programmable gate arrays (FPGAs) for hardware acceleration and complex timing, according to Nick Butler, senior group manager in product marketing for NI.

The expanded processing capabilities can be leveraged along two tracks, Butler says. For one, more powerful controllers push intelligence to the edge, empowering more advanced analytics applications and machine learning designed to make factory floor and automation assets smarter, able to optimize and course correct based on a set of conditions, he explains. In addition, the higher-performing controllers can handle a range of functions as opposed to traditional automation environments, where everything runs as a separate and siloed subsystem.

“In the past, it was common to have separate subsystems for HMI, vision cameras, motion control and SCADA,” Butler says. “Now, with quad-core processing and integrated FPGA, we can consolidate subsystems onto a single controller, thereby simplifying the complexity of system design. Not only does it streamline the development process from a workflow perspective, it also results in a cleaner, more efficient system that operates faster and more reliably.”

Rockwell Automation is following that path with its Allen-Bradley CompactLogix and ControlLogix line of industrial controllers. Based on next-generation, multi-core technology, the controllers deliver greater connectivity options along with up to 20 percent more application capacity than previous models, allowing the parceling out of communications services to another core—a configuration that is well suited for high-speed packaging applications, says Greg Gernert, business manager for the ControlLogix portfolio. In addition to including a Gigabit Ethernet port, the new lines can make use of multiple IP addresses, which aids in separating plant-floor and enterprise-level traffic over the network—another feature that lends itself to IIoT applications.

“Flexibility and the ability to solve different tasks in the same device has become instrumental and vital to all things controller-related,” notes Dan DeYoung, Rockwell’s market development director of integrated architecture.

Having additional processing and memory power at the edge also enables greater use of vision systems to collect even more data on automation operations. And those images and additional data streams don’t need to be continuously fed up to the cloud for processing and analytics to deliver insights, NI’s Butler says. As a result, manufacturers putting IIoT applications into play are looking at a more efficient control environment for closing the loop between capturing I/O and initiating a response that impacts automation performance. “When you have a network infrastructure and cloud server far away, the loop is not closed for seconds or maybe up to a minute,” Butler says. “Now we can bring that down to a matter of milliseconds to close the loop…and with analytics at the edge, you can make a quick decision to turn something on and off or to divert energy from a renewable source to a battery system on a grid, for example.”

GE Automation & Controls’ new Industrial Internet Control System (IICS) is its attempt to reimagine the controller for IIoT. The control system, built on the RX3i and Mark Vie industrial control systems, is Predix-enabled and offers mix-and-match I/O modules, flexible connectivity options and GE’s Field Agent technology for secure, pre-configured data collection and communication between assets. With this approach, one part of the controller can be configured to do traditional deterministic control while the other piece can leverage the Field Agent technology to drive the paradigm shift of analytics and machine-learning applications possible with IIoT.

“The Field Agent could reach out to get the current price of spot energy, and the device could optimize itself by looking beyond physical sensor data,” notes Jim Walsh, president and CEO of GE Automation & Controls. “That’s the real breakthrough.” GE is also offering the Field Agent as a separate product for customers with legacy automation controls that want to start adding IIoT connectivity, he says.

Open standards take hold
In addition to advances on the hardware front, open standards are making a mark on industrial controllers primed for IIoT. “As IIoT comes together and people from IT start to look at solving automation problems, there’s a meeting of the minds about the power of open technology and standardization and getting all of these systems to work together,” says Matt Newton, director of technical marketing for Opto 22. “We’re seeing a move up the technology stack to an open standards approach.”

Just as the open standards debate paved the way for Ethernet connectivity to become a staple of automation platforms, today, web technologies like HTML5, connectivity options (including wireless protocols) and interoperability standards like the OPC Foundation’s Open Platform Communications Unified Architecture (OPC UA) are also becoming central characters in the industrial controller’s evolution. For example, Opto 22’s groov HMI is browser-based and uses only Internet standards like HTML5. More recently, the firm released what it bills as the industry’s first RESTful API available on a PAC, which Newton says helps close the gap between IT and OT while accelerating IIoT application development.

The addition of a secure RESTful server and open API on a PAC provides developers with a basic framework to more easily interchange data and communicate between different types of systems without having to rely on middleware, also using well-known Internet tools instead of proprietary standards, Newton says. The result is a future-proof control system, which allows Big Data and analytics systems—the bedrock of IIoT—to interface directly to the control system without the need for OPC servers, protocol gateways and communication translators, he explains.

“There are more web developers in the world than control programmers,” Newton says. “If you know how to program in JavaScript or HTML, it’s easy to write programs that do something with real-world devices, and that’s a big advantage.”

Opto 22 will also offer PACs that are OPC UA compliant, which is the direction that many industrial automation controller providers are taking. B&R, for example, is one of many prominent automation vendors participating in the Industrial Internet Consortium’s Time Sensitive Networking (TSN) Testbed, which promotes the use of OPC UA in future products as the unified communications solution between industrial controllers, cloud-based platforms and enterprise systems like enterprise resource planning (ERP). B&R also added the protocol to its X20 I/O system bus controller, supporting communications from the sensor layer to the ERP layer without additional interfaces, Kowal says.

“The OPC Foundation enables us to make a standard platform to get any information you want out of various controllers and HMIs,” he says. “What we’re trying to do is flatten the whole architecture and take data out of the controller all the way up to the cloud.”

Beckhoff Automation, which started out with a mainstream x86-based Intel processor architecture for its controller line, is also leveraging OPC UA, including its publish/subscribe architecture, says Daymon Thompson, automation specialist for the supplier. Beckhoff has upgraded its TwinCAT automation platform for IIoT with functions for exchanging process data via standardized communications protocols like AMQP and MQTT, and has released the new EK9160 IoT Bus Coupler, which establishes a direct connection to the cloud without any special control programs syncing Beckhoff EtherCAT I/O and IIoT services. Through support of OPC UA publish and subscribe, devices do not need to “know” each other or individual IP addresses—rather, they communicate via the central message broker in a decoupled mode.

“In this way, the end customer still uses the same controls to add functions to existing controllers without having to buy additional third-party hardware and worrying about keeping gateways secure,” Thompson explains. “It makes for a much more integrated solution.”

Security takes center stage
As part of its long-term plan to revamp the controller, Emerson Industrial Solutions is implementing support for OPC UA, decoupling controllers from I/O to create a more flexible data flow (a process it calls electronic marshalling) and adding more security features into its DeltaV distributed control system (DCS), in part, through chip-level enhancements, according to Claudio Fayad, vice president of Emerson’s DeltaV technology. “You can’t fundamentally talk about IIoT happening within an industrial plant unless you talk about security,” he explains.

UL, an independent safety company, confirmed that the standards around security are dramatically changing with the advent of the IIoT. Historically, UL’s main concerns were that control systems were electrically safe and that the safety of PLCs were evaluated, notes Jason Smith, UL’s staff engineer and industrial controller expert. Today, those concerns are primarily around cybersecurity and ensuring critical industrial control systems aren’t at risk of vulnerabilities and malware. Beyond concerns of security breaches having a negative impact on the production environment, there are also new requirements for protecting all of the data collected and aggregated by IIoT-connected controllers.

“It used to be about making sure the controls didn’t catch fire and hurt anyone,” Smith says. “Now that IIoT provides a great deal of flexibility to upload new firmware into a PLC remotely, there are additional concerns about whether or not someone doing the upgrade is actually authorized to do so.”

As companies evaluate their existing control systems and consider upgrades to support emerging IIoT applications, they need to pay close attention to these emerging security requirements. They also need to ensure the environment is flexible enough to accommodate changes as IIoT is a fast-moving target with new technologies and standards coming on board every day. “You need to consider openness of architecture to allow for things you haven’t even thought of yet,” Rockwell’s DeYoung says. 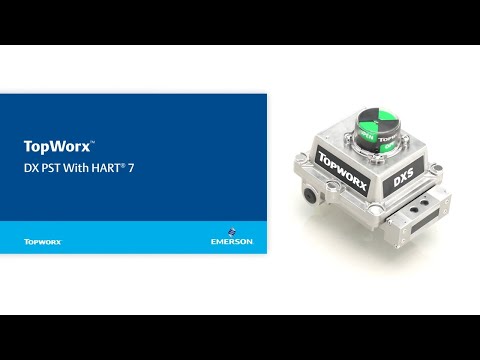 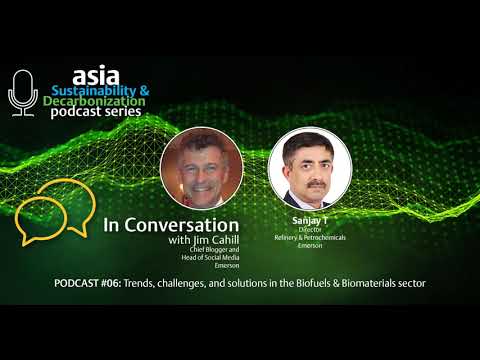 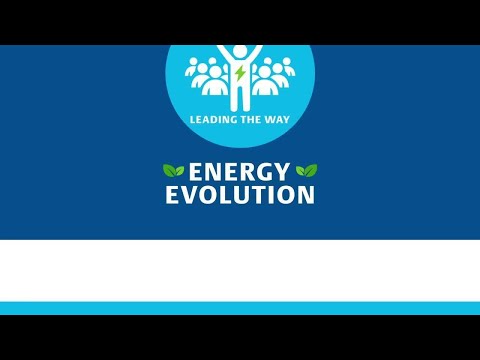 Rigging in Motion: Beckhoff technology behind the scenes in Hollywood