AS-Interface, a device-level networking technology, works with all types of industrial Ethernet, including Profinet and EtherNet/IP. An expert on the technology’s Safety at Work solution explains why end users and machine builders benefit from networked safety technology.

A safety configuration where only three safe inputs are connected to one safe output. Source: AS-Interface

As of January 12, 2012, the ultimate responsibility for machine safety shifted from end users to machine builders. Both groups—as well the component makers who supply them—are now working under ISO 13849-1:2008, the unified and truly global standard for functional machine safety. This turn of events is a real breakthrough for all, because it means one set of rules governs network safety in all geographic regions. But not everyone understands the benefits of networked safety, nor how it can be used with industrial Ethernet networks.

Helge Hornis, Ph. D., manager of the Intelligent Systems Group of sensor and safety vendor Pepperl+Fuchs (www.pepperl-fuchs.us), is an expert on AS-Interface and its associated safety network solution, Safety at Work. AS-Interface, a device-level networking technology, works with all types of industrial Ethernet, including Profinet and EtherNet/IP. This networking technology allows the combining of safe signals and standard (non-safe) input/output (I/O) data on the same two-wire unshielded AS-Interface flat cable. Other networked safety technologies, such as Profibus-associated Profisafe and ODVA-associated CIP Safety also support Ethernet backbones at the machine level, and carry standard as well as safe signals on the same wire.

Logic is much simpler. For any networked safety technology, logic is much simpler. “Whereas hardwired safety logic is defined by making appropriate wire connections, this is not the case with a safety network,” says Hornis. Once all safety devices have been connected to the network and are communicating reliably, the user never has to touch another wire. The logic is created in a personal computer (PC) environment and later downloaded to the safety controller.

Changes are easier. Because it is much simpler to understand what the system does, making changes is easier and quicker. “Since adding a safety device to a network is just as easy as adding any other device to the network, safety networks are much simpler to change than hardwired solutions,” says Hornis. “Once the new device is communicating, all that needs to be done is to add it to the safety configuration. With Safety at Work, this typically involves a process that takes only a few minutes: Pick the appropriate function block from the software toolbox of the SIMON+ PC configuration software; change a few setup parameters; download the new configuration to the controller; and start up the system.”

Diagnostics is much better. Because safety devices are now on a network, they can be diagnosed over the network. “One huge advantage of networked safety is that auxiliary contacts used on conventional hardwired safety solutions are never needed,” says Hornis. “Instead, the safety controller and programmable logic controller (PLC) can directly evaluate the state of the safe contacts. This means that welded contacts, slow contacts, sticky contacts, etc., can be directly diagnosed.”

Installation is much simpler. By using networks that allow safety communications, you can integrate non-safe I/O hardware and safety devices on a common network. “AS-Interface is a two-conductor power and communication network that does not have to follow any fixed topology,” says Hornis, which makes installing the AS-Interface technology even simpler. "The networking and installation technology associated with AS-Interface is independent of the type of device connected to the network, safe or conventional. For example, connecting a new safety e-stop or latching door interlock switch to an existing network takes under one minute. No other networking solution can compete when it comes to speed and simplicity,” he says.

>> Click here to read about safety networks in action at Astec Inc. and how troubleshooting became less complex through the use of an Industrial Ethernet backbone. Visit bit.ly/awslant017

One unique aspect of AS-Interface technology, according to Hornis, may be particularly important to machine builders: portability between PLC platforms. “While different PLC manufacturers support their ‘flavor of open network,’ the fact remains that once you buy into brand X you will have to stick with brand X’s PLC,” he says. “Anyone who builds for Siemens today and Rockwell Automation tomorrow will have to become familiar with the safety solutions of each PLC manufacturer,” he says.

It has happened that an end user changes the PLC specification fairly late in the game, which can make it very tough on machine builders. As a device-level network, AS-Interface is PLC-independent and in fact does not use a safety PLC. “Switching from one PLC to another is as simple as changing out a gateway; 0 percent of the safety-relevant logic needs to be touched,” says Hornis. “But even if a customer is sticking to the PLC manufacturer of choice, it is easy to ‘upgrade’ from an older PLC that supports only DeviceNet or Profibus to a newer solution supporting EtherNet/IP or Profinet.  Again, only the gateway needs to be swapped out.”

One downside to networked safety
"Networked safety hardware is possibly more expensive than traditional hardwired safety relays," says Hornis. "In many situations, hardware cost is slightly higher, depending on the solution supplier and the actual safety situation," he says. However, as the safety logic gets more complex or the number of safety relays increases, the advantages of networked technology take over, making this approach less costly.

“In most cases, networked safety demands components with ‘higher intelligence’ that cost extra money. Speaking for AS-Interface, this additional cost is very small, perhaps 10 percent to 30 percent depending on the size of the installation,” he says.

Still, in most cases using a safety network will save money when considering all aspects of the safety system, including time and labor for installation, configuration, diagnostics, and changes. These benefits of using networked safety solutions along with industrial Ethernet communications remain.

Videos from Pepperl+Fuchs, Inc.View all videos 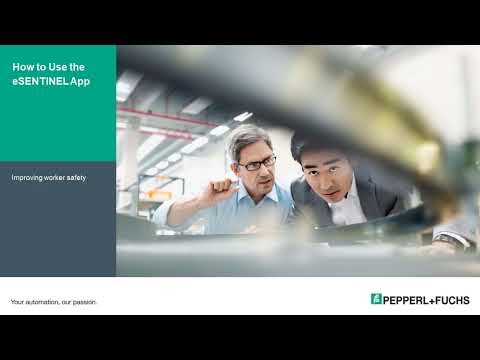 How to Use the eSENTINEL App 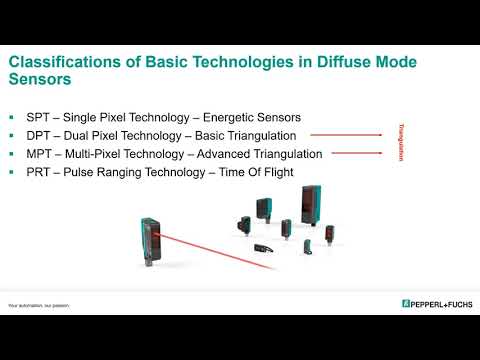 Learn about the Technologies of Diffuse Mode Sensors 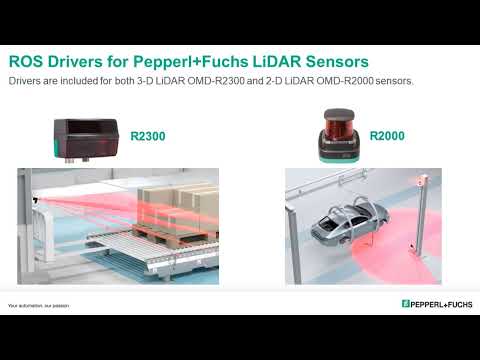