The Automation Behind North America’s ‘Largest and Smartest’ Recycling Center

At the grand opening of its new flagship recycling center in North Las Vegas, Republic Services and line designer CP Group emphasized not only the sorting technology used to process 70 tons of recyclables an hour, but the Siemens control systems behind it all.

You might not realize that today is America Recycles Day, but it is. Here are some other facts you might not realize: Americans throw away 2.5 million plastic bottles every hour. Though the EPA estimates that 75 percent of the American waste stream is recyclable, we recycle less than 35 percent of it. If U.S. recycling levels could reach 75 percent, it would be the environmental benefit of removing 50 million cars from the road each year and it would generate 1.5 million new jobs.

Republic Services, a recycling and waste disposal company, is trying to make recycling easier for its customers, incentivizing them to do more. Its All-in-One Recycling, for example, lets residents put all their recyclables into one big bin instead of sorting according to material, as they used to. The first year that single-stream recycling was introduced, the company saw recycling rates in the area rise from just 2 percent to 30 percent, according to Tim Oudman, area president for Republic Services.

Making a profitable business of recycling while sorting all those recyclables at its facilities, however, requires some serious automation. With an impressive array of technologies, Republic Services’ new recycling center in North Las Vegas can process 2 million lbs of recyclable materials a day, or 70 tons an hour. A load dropped from a truck at one end of the plant can be completely sorted and baled on the other end within 3 minutes.

Finished bales of paper, plastic and metals can weigh as much as 1,800 lbs each. Bales can be processed and shipped to domestic and international markets (90 percent of them go to China) as commodities within 24 hours of arrival at the complex. Stacked one on top of another, one day’s worth of baled material would stand two times taller than the Stratosphere Tower in Las Vegas.

“It’s the largest and smartest residential recycling center in this country,” says Pete Keller, vice president of recycling and sustainability for Republic Services. “I’m not aware of another facility that has the capability or capacity of this place.”

The new 110,000-square-foot facility in the Southern Nevada Recycling Complex has technologies ranging from relatively standard sorting systems like screens that deal with cardboard and paper, magnetic and electromagnetic technologies separating out aluminum cans from steel and other types of metals, and pre-sort systems and balers; to more advanced technologies like optical sorters and a new glass cleaning system that increases glass recovery.

The five MSS Cirrus optical sorters can make separation decisions in milliseconds. The first optical sorter identifies and separates any remaining fiber materials or particles, and the remaining optical sorters process plastics. The new recycling center is able to process all seven types of plastics, including PET, HDPE and aseptic containers—each separated by type, color, density or other criteria. Some 575,000 plastic bottles come through the facility every day.

The sorting and processing line was designed by CP Group, which specializes in automated turnkey material recovery facilities (MRFs). And it’s all run by a highly automated control system with touchscreen human-machine interface (HMI), supervisory control and data acquisition (SCADA) monitoring, and remote access with tablet-based capabilities. “I don’t want the guys running this thing from their offices, but they could,” Keller says. “They could run it from home if they wanted.”

CP Group has a long history working with Siemens—a relationship that was made even stronger with CP Group’s acquisition a few years ago of Advanced MRF, a Siemens Solution Partner. The Advanced MRF acquisition came with highly trained staff that understands Siemens products, says Al Esparza, account manager for Siemens.

From pre-sort on through final quality control, Republic Services is gathering data every step of the way. “Every piece of hardware at this plant is a sensor point for information,” Esparza says. “They can all provide diagnostics and condition monitoring.”

Patrick Nicol, sales engineer for CP Group, designed the new processing line at the recycling center, and seems enthused about the range of data points that can be used throughout the plant. From the start of the process, they are metering materials to achieve a consistent flow through the plant. “It makes everything else run well,” he says.

Pre-sort is the first quality control point, removing materials that could break or jam the system, Nicol explains. The operators who are pulling items off the line have a pause pedal that lets them stop the process if the item is too cumbersome to deal with quickly. Though this is a manual process, the system is continually gathering information about the process, about the weight of items being pulled, the amount of material going through the system at any given time, etc.

That’s all linked up with shift information to evaluate the job that operators are doing. “Control-wise, we want to keep track of how many pause pedals have been pushed,” Nicol says. The same is true for e-stops at other places along the line. If somebody is too quick to make those stops, it might not be the right part of the line for them to be working.

Republic Services has dashboards that enable it to see the state of every motor on the line—monitoring the energy consumption, what is and isn’t running, why something might not be running, and more, Esparza says. “They want labor and electricity usage all at its optimal usage.”

If there’s a jam on a belt, they might be able to get some clues from how the motors are running. “Not only the VFDs, but also the fixed motors,” Nicol says. “We were the only ones who could give them that.”

“Data is certainly important for front-line management,” Keller says. The integrated belt scales enable them to know when the bunkers are filling up. “We know how many bales we can make from each bunker,” he says, explaining how the data helps with material flow.

“The more systems we have, the more data we have at our disposal. We can begin to pull metrics across our enterprise that ultimately help us to run the business better,” Keller says. “At the end of the day, we’re making products to go back into the economy.”

Besides being in a business that is inherently good for the environment, Republic Services prides itself on its environmental record and green footprint—using trucks running on natural gas, getting a quarter of the facility’s energy from a rooftop solar system, making the building from recycled and remanufactured steel, and more. And that was one of the reasons they chose to work with Siemens, which had a reputation as a green company, Esparza says. In fact, Siemens has several years in a row been named the world's most sustainable company in its industry group by the Dow Jones Sustainability Index.

It depends on a highly efficient recycling facility, with the percentage of content ending up in landfills in the single digits. The first three weeks in operation, the new recycling center had only 5-6 percent of what the business calls residue—material that does not get recycled for one reason or another. That compares with about 20 percent residue at Republic Services’ existing facility across the street, Schneider says.

There is still room for more automation in the future, executives at both Republic Services and CP Group contend, particularly in the form of robotics. The pre-sort area, in particular, would be well served by robots that can better handle large, heavy objects, and could have a longer reach.

The pre-sort belts are typically 60-72 inches wide, requiring two people (one on each side) just to reach the width. A robot, on the other hand, could be mounted above the middle of the belt, and could reach the whole area, Nicol comments. Robots could be especially useful in municipal solid waste (MSW) processing, where sorters tend to be exposed to more dangerous materials, he adds. 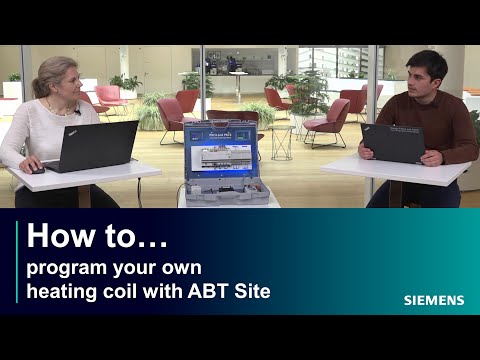 How to program your own heating coil with ABT Site 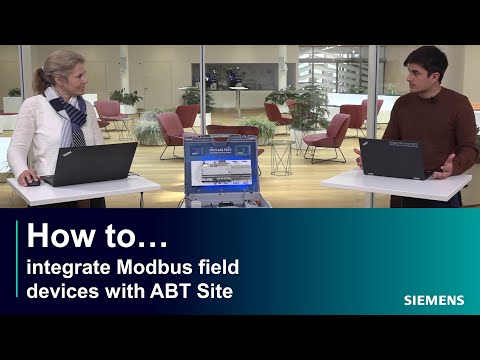 How to integrate Modbus field devices with ABT Site 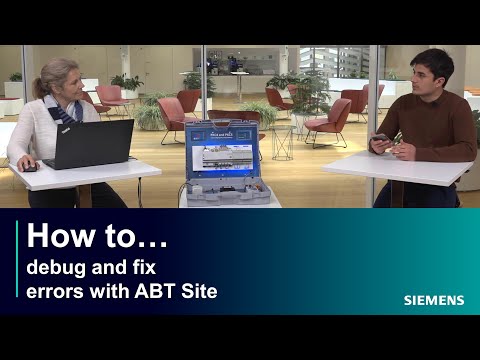 How to debug and fix errors with ABT Site