As a regular attendee of industry conferences, I always come away from these events with a nugget or two of interesting information that helps highlight relevant trends or new technology developments that could have an important impact on industry. At the most recent ARC Forum, however, I didn’t just run across random nuggets of information, but rather a confluence of trends that appear to indicate a move by both automation suppliers and end users toward an automation platform approach.

First, let me clarify what I mean by an “automation platform approach.” Essentially, I’m talking about a move away from the long-held practice of buying discrete devices, software and/or systems for specific operations goals and moving toward the idea of using a software platform for automation upon which specific applications can be built, tested and applied.

The biggest news item on this front came from Sandy Vasser and Don Bartusiak of ExxonMobil who explained during their keynote at the ARC Forum why they are working with Lockheed Martin in an effort to “get out of the use of engineer-to-order software and move toward greater use of standards.” (Read the details behind the ExxonMobil and Lockheed Martin alliance.)

As Bartusiak noted in his presentation, ExxonMobil’s vision is to develop “a standards-based, open and secure interoperable control system that is applicable to both brownfield and greenfield facilities." The goal is to create a commercially available open source system—not just for use by Exxon Mobil—but applicable to all current distributed control system (DCS) markets.

Needless to say, ExxonMobil’s project stirred up quite a bit of discussion at the conference. Some of the comments I heard from suppliers ranged from “What they’re asking for is not realistic,” to “Do they expect us to go out of business?”

With all this swirling in my head, I happened to run into Dennis Brandl, founder of BR&L Consulting, who also happens to have been part of the ExxonMobil team formed to define the requirements behind this next generation system and conceptual architecture. I asked him what he thought about the automation supplier concerns I was hearing. “Unfortunately I have heard the same refrain many times over my career,” Brandl said. “It was said when Honeywell introduced the TDC 2000; it was said when Emerson introduced Delta V; it was said when IBM introduced the PC. None of these were thought to be realistic, but all became very successful products and changed the industry. I believe that all of the vendors are looking at this carefully, but keeping their work quiet for now. It is folly to assume that system architectures and vendor business models that were developed when computing was literally 100,000 times more expensive than today, networks were 10,000 times slower, and software was one tenth as important, are still valid. The incredible growth in electronic and software technologies gives us the capability for new business models and new architectures. Those that ignore these changes will be left behind.”

As noted earlier, this was not the only news related to the open, standards-based architecture trend at the conference. Inductive Automation and Cirrus Link Solutions announced the release of Cirrus Link MQTT Modules for Ignition. If you’re not familiar with MQTT, the basic takeaway is that it is a lightweight network communications protocol increasingly used in automation because it requires minimal network bandwidth. Using the Cirrus Link MQTT Modules for Ignition reportedly allows users to identify and connect hundreds of devices on a network in minutes.

Don Pearson, chief strategy officer at Inductive Automation, explained the core use for these modules is to ease the development of Industrial Internet of Things (IIoT) applications by decoupling data from device protocols to make the data more easily available. This decoupling ability is a significant component of the kind of simplified architecture approach ExxonMobil is pursuing.

Cirrus Link’s Arlen Nipper said the use of these MQTT modules represents a “fundamentally different approach” to automation. “The modules allow you to automatically discover tags in edge devices. Then you can drag-and-drop tags of interest to create screen designs. Even with a lot of network congestion, you can turn relays on and off in real time while configurations of PLCs update in the background,” he said.

“When you decouple protocols and put data anywhere, even people at the corporate level can build the dashboards they need,” said Nipper.

Pearson also noted Inductive Automation’s move away from its historical approach of selling MES and SCADA/HMI software applications and toward a model wherein they offer an open platform upon which any number of software applications can be installed, built, upgraded or replaced as needed.

“We want to be seen as a provider of an industrial application platform upon which you can build horizontal or industry vertical applications as needed,” said Pearson. He explained that this vision extends beyond MES or HMI applications and into specific applications that conform with, for example, serialization or Food Safety Modernization Act requirements. “We don't have to be the subject matter expert in any particular industry, we just need to provide the platform for the experts to easily build the apps they need with their own expertise,” he added.

Another bit of news I encountered at the ARC Forum that highlights the automation platform paradigm concept came from Bedrock Automation’s Albert Rooyakkers. At last year’s ARC event I first learned about Bedrock’s idea of literally changing the face of automation controllers, I/Os, and backplanes with their innovative designs and embedded security (read all the details here). This year they announced the release of an accompanying, stand-alone Li-Ion UPS for industrial control system backup that uses the same embedded cybersecurity as Bedrock’s other products and also has an embedded web server, like Bedrock’s controllers, for IIoT applications. (Read more about the new UPS here.)

Discussing the open, standards-based platform approach trend at the event, Rooyakkers likened the software architecture underlying Bedrock Automation’s products to the upgradable platform used by Tesla Motors. Rooyakkers said that Bedrock’s design approach to its products permit them to be continuously upgraded so that users always have access to the latest versions and capabilities. (Read more here if you're not familiar with Tesla Motors’ software updates.)

As Brandl noted when he suggested that all vendors are investigating this move toward an automation platform paradigm, it seems as if Inductive Automation and Bedrock Automation are aggressively moving in the direction that companies like ExxonMobil are headed. 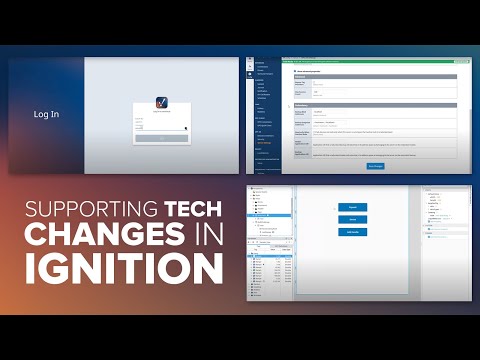 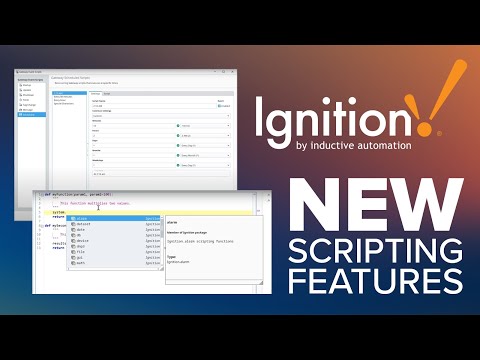 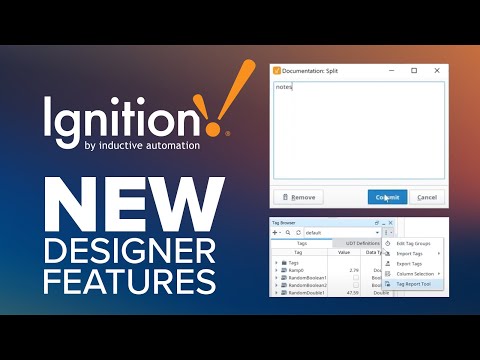