As ExxonMobil and Lockheed Martin work to create an open and secure automation system for process industries, industrial control vendors reflect upon what this means for them.

In manufacturing, changing plant floor technology has been something that comes about every 10 to 20 years—the estimated lifespan of a control system. That’s because an upgrade has traditionally required a complete rip and replace, as every single component tightly intertwines with other aspects of the system. But that’s not a model that manufacturers want to subscribe to anymore. At least not ExxonMobil.

The company has embarked upon a mission to change the status quo, which is too difficult and too expensive to upgrade, ExxonMobil officials said during a keynote session at the ARC Forum in Orlando this month. To do this, they have enlisted the help of Lockheed Martin to serve as the integrator in the early stage development of a next-generation open and secure automation system for process industries.

While an oil company and an aerospace company may seem like strange bedfellows, ExxonMobil is looking to Lockheed Martin to design a system based on architecture standards that will ensure modularity, interoperability, extensibility, reuse, portability, and scalability. This is similar to what Lockheed is already doing in its own field as a member of The Open Group Future Airborne Capability Environment (FACE) Consortium.

The FACE Consortium is a vendor-neutral forum for industry and government to work together in order to consolidate open standards and devise best practices, guidance documents and business models that, through a common operating environment, enable developers to create and deploy a wide range of applications for use across the entire spectrum of military aviation systems.

According to ExxonMobil, the company has been in talks with Lockheed Martin since 2013 in an effort to mirror the FACE effort. “We needed more expertise and more capability to help with system engineering challenges,” said Don Bartusiak, chief engineer of process control for ExxonMobil Research & Engineering.

Furthermore, FACE is not reinventing the wheel, rather, the group is working on ways to leverage what’s already available. “The FACE Consortium uses existing standards, picking the ones that work, rather than creating new standards,” Bartusiak said. “It is built from the beginning with a validation and certification process for components to ensure conformance with the standard. This combination of a technical and commercial ecosystem is appealing to us [in terms of] what we’d like to have.”

In addition to an open and secure architecture, ExxonMobil would also like to have built-in value. “We are just not getting enough value from the control system,” Bartusiak added, noting that over the last 20 years the majority of valuable applications have been delivered at the computing stack above the distributed control system (DCS) level. Hence the need to “improve on the status quo,” he said.

Ultimately, ExxonMobil is asking automation suppliers to “think differently,” and, as a result, industrial control system (ICS) vendors are beginning to respond.

A New Mindset, a New Model

While some suppliers are saying, “What [ExxonMobil] is asking for is not realistic,” others are taking an inventory of what they currently do and realizing that, indeed, it can be done. It just requires a new manufacturing mindset that embraces built-in security, the cloud, mobility, the Industrial Internet of Things (IIoT), and analytics. It also requires a new go-to-market strategy.

For example, Schneider Electric, which acquired Invensys, is realizing the potential of its broader, stronger portfolio. “We have a good majority of the technology and products needed [for an open control system],” said Gary Freburger, President of Schneider Electric’s Process Automation Industry Business. “The question is around the implications from a business perspective, because it’s not just a technology discussion.”

Specifically, it means changing the business model that ICS vendors have adhered to over the years, which includes engagement over the lifetime of the system from maintenance and support to upgrades. This is a model upon which ICS suppliers have generated revenue after the initial system installation.

Now, manufacturers like ExxonMobil are asking for a lower long-term cost of ownership and the flexibility of working with multiple vendors in order to plug in interchangeable hardware.

“Technically we can do what they are asking,” Freburger said. That is, they are asking to have control at the software level in order to make hardware ubiquitous amongst all of the vendors. “We can do that, but it is a business model change and we have to think about how to sell into that market.”

In addition, it’s not just the vendors that will be impacted; it’s a different value proposition for customers, too. “It’s all about managing obsolescence and driving out costs,” Freburger said. “That includes things like the IIoT, safety and security, and customers realizing better returns on their assets, even as industry, issues and technology change.”

Ultimately it is about extracting more value for existing assets. But what does that mean, really?

According to Michael Brown, global director of advanced solutions at Honeywell Process Solutions, it means reducing the downtime of assets, getting more from people, out of the supply chain, and, most of all, understanding the relationships between different production systems.

For example, a lot of IIoT vendors are approaching industrial manufacturing customers with technology, but if they’ve never worked in refining they don’t know how data moves properly, Brown said. You need to know how data moves, where data contamination happens, and how to analyze it all.

“What will differentiate us in the market is our ability to understand what our customers need at each level,” Brown said. And to easily get the information needed to take action and connect with experts wherever they are. “I think that an open world is fine. But it is the company that understands how to take different pieces and connect it in a way so that customers can do something different and better, those are the companies that will succeed.”

Indeed, ExxonMobil understands what they are proposing is a new challenge for automation suppliers. But the journey is worth it, noted Sandy Vasser, facilities instrumentation and electrical manager for ExxonMobil Development, who, as he was wrapping up his ARC keynote shared a quote from Albert Einstein:

“We cannot solve our problems with the same thinking we used when we created them.” 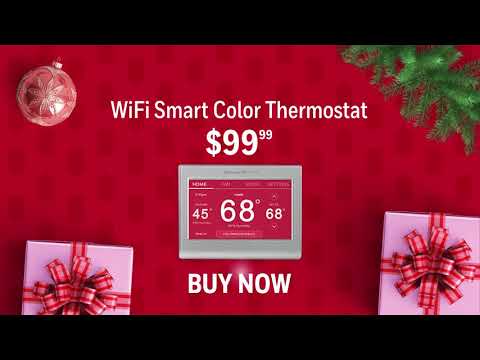 Wrap Up a Smarter, Cozier Home

How to Prepare Your Heating System for Fall