First-quarter orders were not enough to sustain the industry, as a downturn starting in the second quarter led to a 17 percent decline for the year, says report.

Revenues of industrial automation companies in Brazil declined by 17 percent last year compared to 2008, falling to US$1.6 billion.  That number was among those published by the Brazilian Electrical and Electronics Industry Association (or Abinee, for Associação Brasileira da Indústria Elétrica e Eletrônica, www.abinee.org.br) in its annual study on performance of its members. The revenue of the entire Brazilian electrical and electronics industry for the year dropped to $US61.6billion, a decline of 9 percent, the report said.

Abinee blames the contraction on the international economic crisis, which affected the Brazilian economy, and consequently, all segments of the electrical and electronics industry. Only the Informatics and Electric Material for Installation segments achieved the same level of revenues as 2008. The others showed significant declines, with Telecommunications—down by 19 percent—posting the worst results.

The study says that capital goods manufacturing companies (Industrial Automation and Industrial Equipment) and infrastructure (Telecommunications and Electric Power) companies maintained orders obtained in the pre-crisis period, in spite of the requested reprogramming and cancellations, which guaranteed reasonable levels of revenue in the first months of the year. But the Industrial Automation and Industrial Equipment areas suffered the consequences of the subsequent drop-off in orders, mainly in important sectors such as metals, sugar and ethanol, and pulp and paper, among others. During the whole 2009 first quarter, the revenue of those areas was sustained by business obtained before the economic crisis. However, since the second quarter, these companies have experienced a lack of new orders, the report continues.

In the view of Abinee’s Industrial Automation Director, Nelson Ninin, the resurgence of investments that can change the scenery for 2010 has already begun. “We are already seeing the projects leave the planners and go to the drawing boards, especially in metallurgical and ethanol plants, and also in the chemical and petrochemical, pulp and paper, cement, pharmaceutical and mining sectors. Several of those projects were shelved after September 2008 and have a new chance now. They are long-maturation projects, whose demand for automation can appear in 2010 and, mainly, in 2011 and 2012,” concludes Ninin.

Sílvia Pereira, silviapereira@uol.com.br, is a freelance journalist based in Brazil. 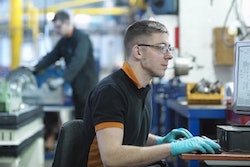