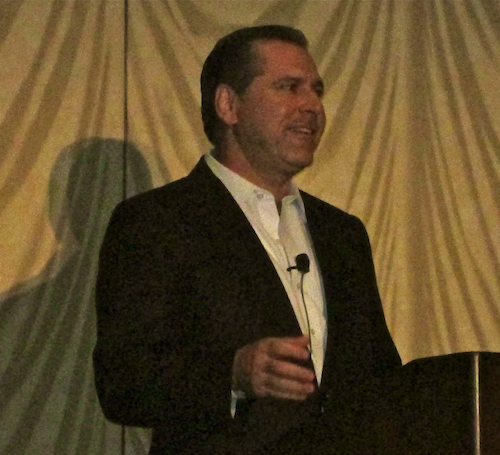 The PAS conference in Houston last week primarily focused on the concept of Human Reliability, which, in essence, is the science of minimizing human error in service of greater safety, compliance and, ultimately, profitability.

Highlighting the fact that this idea is not simply a pet concept of PAS—which is rebranding itself as “The Human Reliability Company”—the PAS conference featured a number of end user presenters from companies such as BASF, Southern Company and Valero, all sharing their human reliability perspectives. Also presenting were representatives from other industry suppliers, such as Mike Caliel, president and CEO of Invensys Operations Management; Pat Kennedy, founder and CEO of OSISoft; and Larry Evans, founder and former CEO of AspenTech.

According to Caliel, there are six primary barriers, all of which are important to overcome considering the costs of not addressing human errors in industrial environments. To underscore his points, Caliel began by citing statistics from the Department of Labor and the Abnormal Situation Management Consortium, including: On average, 13 people go to work each day who never come home due to workplace fatalities; 4 million workplace injuries occur each year; 33-58 percent of abnormal situations are attributable to human and work-context related factors; and the impact of abnormal situations on industry are estimated to be $20 billion a year.

The six barriers that Caliel singled out as specific issues to be addressed in order to mitigate human errors in industry are:

• Stress-induced fatigue. This is caused by a variety of factors ranging from alarm system foods and unfamiliar procedures to poorly designed HMIs.
• Poor coordination among team members. In many emergency situations, communication needs to occur not just between people, but between systems and people. Caliel says that wireless mobility not only ensures that the right information is routed to right people at right time, but can also be integrated with relevant systems to push out information as needed in an emergency.
• Inadequate operating procedures. Since many operator rounds are still captured on paper, Caliel says that problems can easily be missed. Digital direction of operators and tracking of actions are key to overcoming issues created by paper-based processes.
• Inadequate or insufficient access to information. As with typical operating procedures, many pathways to plant information are still paper based. Using workflow systems to automate standard operating procedures can provide operators with current systems and operations context, are embeddable in operators’ console graphics and are available instantly.
• Limited ability to derive context from disparate information sources. The sheer variety of technologies that exist within plants today virtually assures that many will not be integrated. Without overlying systems to present disparate information in an easy-to-access manner, the result for the operator is often too much information poorly presented on top of the time pressure they face for decision-making in emergency situations.
• Insufficient practice or rarely seen scenarios and work processes. Caliel notes that this can be addressed through the use of hypothetical training scenarios, dynamic simulations introducing failures and speeding up/slowing down the simulation, and use of virtual reality in training to help operators better understand the physical plant design and develop greater empirical knowledge of the plant.