A Spark of Innovation Hits the SCADA Market

Inductive Automation rolls out a new version of Ignition software with enhanced reporting and enterprise administrative tools. Plus, the company charts a course to further support analytics, the Internet of Things and its customers.

This week, Inductive Automation made a handful of announcements ranging from new—and future—versions of its flagship SCADA product, called Ignition, to the creation of a sales and engineering division, and worldwide certification centers for integrators and end users.

During it’s third annual Ignition Community Conference (ICC) in Folsom, Calif., the company rolled out Ignition v7.8, which includes a complete overhaul of the software’s reporting functions, some MES updates and a new enterprise administrative module that allows users to securely scale multiple gateways while synchronizing installations around the world.

Since it’s beginning in 2003, Inductive Automation has been on a mission to transform human machine interface (HMI) and supervisory control and data acquisition (SCADA) software beyond what has traditionally been closed, proprietary architectures. Instead, Ignition was designed from the ground up as a web-based system that supports an unlimited licensing model, sold by the server, with a single and affordable price no matter how many clients or tags are used. The Ignition server and clients can be installed and launched in minutes, company officials said, and it runs on any operating system—powered by Java for platform independence. Because it is server-centric, all remote data can be managed from one location.

“Our mission is to create industrial software that empowers our customers to swiftly turn great ideas into reality by removing all technological and economic obstacles,” said Steve Hechtman, Inductive Automation’s CEO, President and founder.

To that end, the theme of ICC 2015 was “Build.” At last year’s event, Inductive asked attendees to come up with a “spark” of an idea that they could turn into a real project by using Ignition. Many companies took the challenge, and about a dozen examples were showcased at the event. One project came from building materials manufacturer LafargeHolcim, which designed a 3D CAD application with the Ignition platform to create a quarry model depicting what is below the earth. They had a similar program already, but it was isolated, said Dominique Wille, LafargeHolcim’s industrial systems director. “It was installed on one computer and used by one guy with one set of data, so nobody in the group had any idea of the status,” he said. After the Ignition version was developed, “anyone in the group can now know the status of a quarry in the 3D model.”

Inductive Automation began work on the latest version of Ignition immediately after last year’s ICC event, as well as after receiving feedback from integrators and end users on needed functionality. The company set up a feedback portal and received 275 new ideas—20 of which were implemented in version 7.8.

Reporting, in particular, was completely revamped by breaking it out from the vision module so that it is now a standalone reporting module with an intuitive interface.

“We built a powerful scheduling and delivery mechanism into the module so you can set up a report to automatically run every weekday, or on the last Friday of the month, for example,” said Colby Clegg, co-director of software engineering. “It can send [reports] automatically over email, send to a file server or print."

Gateway to the Future

While the updated reporting function is a big deal for existing customers, the bigger deal in the new release is the underlying gateway network, said Travis Cox, Inductive Automation’s co-director of sales engineering. “We are seeing a lot of SCADA systems become more global, and companies want visibility to all locations around the world.” In fact, Cox said, it was Lafarge’s Wille who helped shape the vision for this gateway, which is a way for Ignition servers to talk to each other and share information.

“The first thing we did was the enterprise administrative [module] to make it easier to manage existing installations,” said Cox, “and to have corporate teams create new things that are synchronized across locations to make it a centralized system across the world.”

Everything that is being implemented in Ignition is working toward turning data into knowledge. The manufacturing execution system (MES) modules, specifically, are designed to fill the gap between raw data and meaningful information. A new MES feature includes a track and trace work in progress (WIP) module to manage the data of who, what, when, and where. It records transaction data from start to end of the production run, including information from a variety of sources, such as the operator, PLCs, and even enterprise resource planning (ERP) software.

“It’s not just collecting data, it can be a two-way sharing of data,” said Tom Hechtman, Inductive’s MES product architect. “Once you have track and trace information and combine it with other data, you can ask questions and analyze the answers.”

The MES object management editor has also been updated to include new scheduling capabilities that can automatically delay jobs based on actual production events and conditions. It manages WIP inventory for materials in process in the plant, including what stage it is at, quantity, status, and complete reporting and tracking of lot handling modes in order to use materials from existing lots first, for example.

Moving forward, predictive analytics is where MES is going. “We have a bit of it now, but we want to make it more fundamental,” said Inductive Automation’s Chief Strategy Officer Don Pearson. “That will be a big initiative—to have more analytics in the tools.”

The company is currently working on version 7.9 of Ignition, which will be available early next year, and will include performance enhancements, better troubleshooting, and more tools around the gateway network. To that end, it will support distributed services so that you can see distributed tags and historians from a single place rather than looking at isolated servers in different locations. In addition, data-aware components will be able to access databases without scripting.

Version 8.0, which will be available within the next two years, will include even more analytics, Pearson said.

All of this is positioning Ignition as a player in the Industrial Internet of Things (IIoT). According to Inductive founder Hechtman, data acquisition is only a part of IIoT, the other part is software—and more importantly, what you do with the data.

“That’s where Ignition fits,” Hechtman said, noting that it provides open connectivity, unlimited storage and agile applications for rapid development and deployment. Suddenly, “we find ourselves curiously at the epicenter of IIoT.”

With all of the technology advances happening, the Inductive team recognizes that they need to support the system integrators and end users who should be educated on all that they can do with Ignition. As a result, the company announced the formation of a sales and engineering division. This group has the technical expertise to support sales, provide deep dive information sessions, and can even help architect solutions for end users.

Similarly, as a next step beyond Inductive University announced last year, new certified training centers are forming in countries around the world to enable local training courses and certification programs. Certification means a person has completed Inductive University and has gone through a program that prepares them with the knowledge needed to put together a cohesive real world project.

“Apps are not just simple HMI/SCADA systems these days, as there are other problems that need more data and more people in order to connect these things.,” said Cox. And, to do it effectively, “you have to know what the Ignition software can do for you. That’s our goal.” 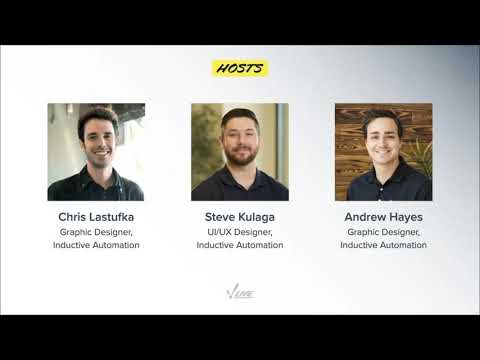 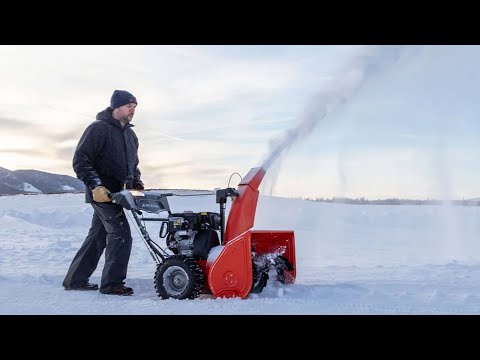 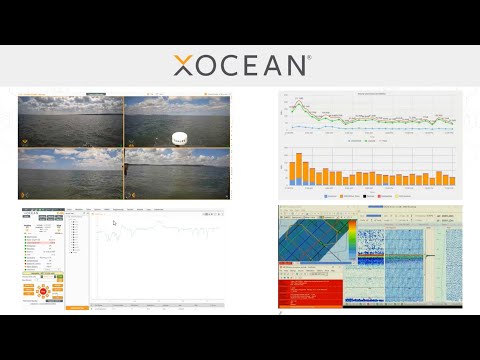