A third-party logistics provider specializing in consumer electronics products recently found that automating its scanning and verification processes saved valuable time and resources. With image-based barcode readers from Cognex (www.cognex.com), the company reduced headcount on one if its shipping lines from 12-16 people a day to only 2-3, increasing throughput meanwhile to 360 cases per hour.

Enjoying a read rate of 99.5%, the logistics provider is also well positioned for changing business needs because the readers can handle 2D codes and can read barcodes coming through in any orientation.

And, with cost savings of about $150,000 a year, the automation paid for itself in just six months.

Labor-intensive operations
The third-party logistics provider operates a 600,000-square-foot facility from which it ships up to 35,000 products per day directly to consumers and another 2,500-5,000 products to stores. The line that previously required up to 16 employees handles 6,000-15,000 consumer shipments daily.

In the original design of that line, employees used handheld laser-based scanners to capture barcode data. At the first scanning station, one person captured two codes—a serialized code and a SKU code—on the front face of each box. The data was sent to a warehouse management system that assigned the box to the next order in the queue. That order’s shipping manifest label was then printed and applied manually (to the top side of the box with the label wrapped onto the side of the cartons as well).

At the next scanning station, another person scanned the two codes on the front face of the box again, plus the shipping manifest label on the side. This cross-verification step made sure the shipping label corresponded to the correct item. If everything matched up, the box continued down the line.

Image-based automation
The company brought in StreamTech Engineering (www.streamtecheng.com), a logistics systems integrator based in St. Louis, to automate the shipping line. “They provided us with their design criteria, which included automatic dispensing, scanning, print and apply, automatic cross-verification of labels, and a QC auto-reject station,” explains Bob Miller, an engineer with StreamTech.

Another aspect of the project involved automating the way the boxes were fed onto the conveyor belt. At the time, each box was being pulled out of a carton and individually placed onto the belt.

An important requirement for the project was that the new, automated line would be able to adapt to future demands, including the use of 2D barcodes. Also, as the company took on additional customers, management was expecting to get barcodes in ladder orientations rather than just the picket fence orientation they were seeing at the time. Although this would not be an issue for handheld scanners, automated readers needed to have the ability to capture codes in any orientation.

StreamTech was concerned about the ability of laser-based scanners to consistently read the labels on the packages because of variations in label position, skew orientation, and code type. They also felt their inability to read 2D codes or barcodes in various orientations would not address the customer’s concerns about unknown future needs. So Miller decided to go with the DataMan 302 image-based readers from Cognex.

These readers capture an image and use a series of algorithms to process it and make it easier to read. An algorithm searches the entire image for the code and identifies the position and orientation of the code for easy reading. Other algorithms handle degradations in code quality caused by differences in material types and surfaces. “The DataMan 302s give us omni-directional reading capability, so they can handle picket fence and ladder orientation and anything in between even if it’s skewed,” Miller explains.

The DataMan 302 offered the advantage of high throughput even when labels are damaged, and regardless of where they appear on the box or how they are oriented. This is because of its use of the new 1DMax+ algorithm, which incorporates Hotbars technology to handle difficult barcode-reading applications on high-speed lines.

Hotbars uses texture to locate barcodes at any orientation and then extracts high-resolution 1D signals for decoding. The Hotbars finder analyzes a raw source image and produces a list of regions where it is likely that an ID code exists along with the orientation and other properties of the code. Hotbars technology then extracts the 1D signal using as a mathematical foundation a model of the pixel grid itself that reduces blur while maintaining perfect accuracy and noise reduction.

Better throughput and flexibility
The new, automated line begins with a custom dispenser designed by StreamTech that holds 60 individual product cartons. The dispenser pneumatically fires the boxes onto the conveyor belt.

At the first scanning station, one DataMan 302 reads the two 1D codes on the front face of the carton. Next, two Zebra PAX4 printer engines print and apply the shipping labels to the cartons. After that comes the cross-verification check station. Although a DataMan 302 can read in two planes, StreamTech decided that there were enough idiosyncrasies about the way the boxes and barcodes arrived at the cross-verification station that Miller dedicated two DataMan 302s to this station. One reads the front face of the carton and the other reads the shipping label barcode on the side.

The read rate for the two barcode readers has consistently been 99.5 and 99.8 percent, a rate that the company finds very satisfactory. They also have confidence that the line is well positioned for the future. “The Dataman 302s are capable of reading 2D codes as well,” Miller notes. “The Cognex software has settings to accept or filter multiple 1D and 2D symbologies.”

The new automated line has increased throughput from 2,400 cases per hour to 2,760 cases per hour, yet the entire operation now requires only two or three people, who load the dispenser system, palletize the finished products, and tend the line (filling the printers with label stock, handling exceptions, etc.). The estimated cost savings from the labor reduction generated a fast ROI. In addition to having a line that runs faster at a lower cost, this customer has a line that should serve it well for many years to come.

Videos from Cognex CorporationView all videos 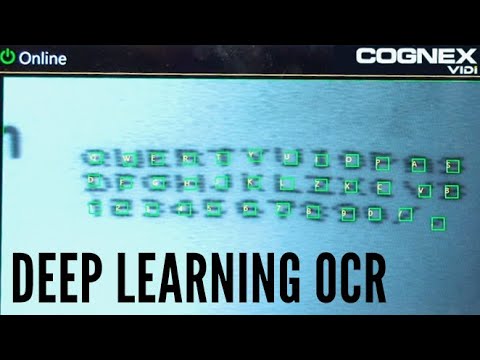 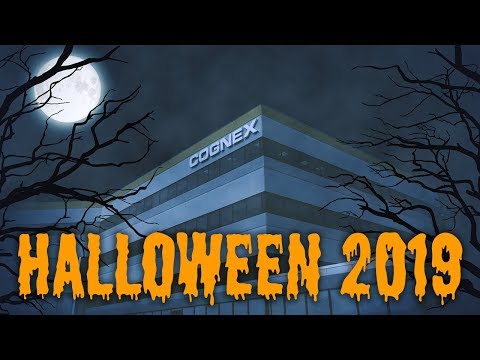 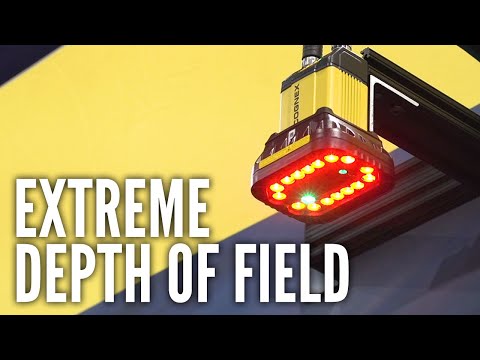 Extreme depth of field of the DataMan 370 barcode reader