Following the trends around Industry 4.0 and the Internet of Things, OEM Wittmann Battenfeld worked with IQMS to integrate MES software into its machines to improve OEE, scheduling, planning and maintenance.

Consumer preferences and demands are well-known for driving changes in products. Many examples abound in the consumer area, from car entertainment system connectivity with smartphone technology (e.g. CarPlay) to Johnson & Johnson’s removal of quaternium-15 and 1,4-dioxane from its products.

Just as high-profile companies, like those mentioned above, adapt their products to consumers, so too do OEMs. The difference is that OEM adaptations tend not to get the level of coverage that an Apple or Johnson & Johnson do. But their changes are no less dramatic, and potentially even more impactful.

A prime example of this can be seen in Wittmann Battenfeld’s recent integration of manufacturing execution system (MES) software into the industrial machinery it produces.

Wittmann Battenfeld is a global supplier of injection molding machines, CNC robotics, labeling machinery and auxiliary equipment, such as dryers, blenders and conveyors for industrial applications. As the industries served by Wittmann Battenfeld move increasingly toward smart manufacturing—via Industry 4.0, in particular, and the Industrial Internet of Things (IIOT), in general—the company saw the need to provide a turnkey solution to simplify the adoption of Industry 4.0 and smart manufacturing best practices for its customers. Wittmann Battenfeld viewed MES technology as a key aspect of this goal because the company wanted its machines to:

Given the heightened interest in Industry 4.0, the company realized it would need to come to market quickly with this idea, which meant that it would need to partner with an MES provider rather than trying to build its own software.

The built-in sensor technology used by Wittmann Battenfeld includes temperature probes, pressure sensors and limit switches, said Dana Ford, who is in charge of material handling and auxiliary controls/technical for Wittmann Battenfeld. “These sensors are by the equipment for normal operations,” he said. “What is unique about them is that we have programs built into the equipment that can export their data to the IQMS system; for example: Euromap 63 for the injection molding machinery, OPC/UA for the Industry 4.0 peripherals, and OPC/DA for the central conveying system.”

Bieszczat noted that Wittmann Battenfeld uses a “patented Industry 4.0 routing solution to allow multiple different pieces of equipment to be aggregated for direct consumption through the IQMS Process Monitoring service/bus using connectivity standards, such as OPC DA/UA, CIP and Profinet, among others. IQMS has out-of-the-box integrations to both Euromap 77 and Euromap 63. Using these out-of-the-box integrations and IQMS’ variable mapping tool—which is also available out of the box—it was simple to drag-and-drop the relevant process variables from the Wittmann Battenfeld devices to its representation in IQMS. Through this service, IQMS software is able to see, in a single place, information from every piece of equipment hooked into the smart machine and tie relevant data from the MES system to the data it receives directly from the equipment.”

Wittmann Battenfeld and IQMS began working on this project last year, with the first turnkey system showcased at the Plastic Industries Association’s NPE event in May 2018. The SmartPower 300injection molding machine with the latest generation B8 machine control is an example of one of Wittmann Battenfeld’s products currently featuring this technology integration, said Ford.

“This routing solution also allows an auxiliary device to be moved between presses to immediately provide process data relevant to the press to IQMS without complex network rerouting,” added Bieszczat.

“The Wittmann Battenfeld equipment reports on 75-100 conditions and parameters per injection molding machine, as well as connected auxiliary equipment,” said Bieszczat.”The IQMS software captures this information in historian databases, which then are mined for counts, readings, conditions and trends. The results of the data mining are reported as real-time production and process data in both a real-time charting application as well as dashboards and layout views. It also includes ODBC connectivity directly to the historian database for more strategic views of machine and process performance, predictions and root cause analytics.”

By connecting directly to a Wittmann Battenfeld machine to pull relevant production data, the IQMS software uses its out-of-the-box OEE calculations to present real-time views of a plant’s efficiency, explained Bieszczat. “If the IQMS out-of-the-box calculations don’t suit the user, IQMS offers a web-based dashboarding solution to allow user-defined OEE calculations that can be displayed on anything—from a tablet or mobile phone to an 80-inch flat screen in the middle of the plant floor,” he said.

Diving deeper into the three major OEE factors (availability, performance and quality), Bieszczat said any of the three can have either equal or dominant effects on OEE. “A machine that is offline is obviously dominating OEE with a total lack of availability. The same can be said for a machine that is producing all bad parts or running terribly slow,” he noted. “That said, in most cases availability, performance and quality all have roughly equal impacts on OEE. It is not so much which problem is dominant in the equation as much as which factor is hidden, and that only becomes apparent through OEE monitoring and analysis.”

By tracking process variables related to production—such as cycle time and process run time—directly from the machines in the IQMS software, users can learn the difference between “what they think their standards are and what they actually are,” said Bieszczat. “It’s usually a moment of discovery during a manufacturing run when the customer starts pulling data in real time and learns that their assumed 30-second cycle time is actually 35 to 40 seconds. IQMS software automatically stores that data and compares them to all machines that have ever run that job and informs the user which machines ran the job the best; it also provides that data to users to help generate improved production scheduling.”

Ford added that it’s common for molders to swap out molds in their equipment to produce different parts. “The time saved here by implementing the Wittmann Battenfeld/IQMS system is significant for those users. All relevant data for the optimum performance of each mold is stored in the system for easy access and startup.”

Such time savings also apply to order planning and fulfillment too, said Bieszczat. “Order planning and fulfillment are largely determined by MRP and scheduling software. However, if the machines are not running to the specifications assumed by the scheduler and materials planning, then customer service will be adversely affected. Coupling the machines with MES helps drive customer fulfillment execution with accurate planning data and enables quicker recovery from problematic conditions.”

This data is also used by the MES to generate preventative maintenance work orders for the equipment. “On top of that, IQMS users are presented with long-term trends in process variable data, such as heater band amperage, so they can visually see or calculate the potential trends in energy consumption that could lead to equipment failure, helping them move from preventative to predictive maintenance,” noted Bieszczat.

“By integrating MES into its machines, Wittmann Battenfeld now has a practical Industry 4.0 solution for its manufacturing customers,” said Bieszczat. “Users can even set alarms on any process variable to trigger an alert before a process is out of control and producing bad parts. These alerts can be emailed, texted, or even announced across a shop floor, stopping a problem before it happens.”

Attempting to “optimize throughput without production and process monitoring is a trial-and-error process,” said Bieszczat. “With smart machines and MES, it is science.”

Videos from DELMIAworksView all videos 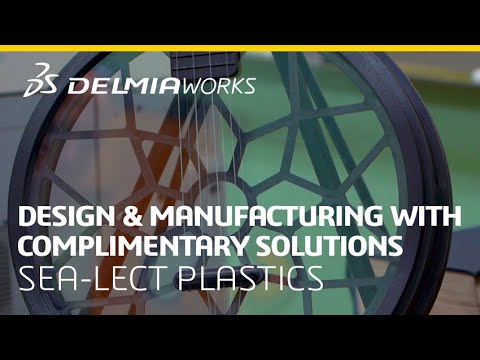 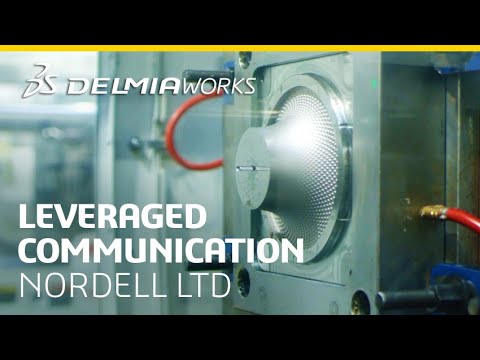 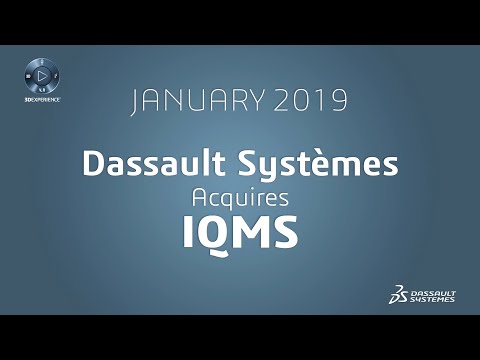 Two in One: Leuze Presents the GSX, the World's First Combined Fork Sensor

Baumer's Miniature Strain Sensors are based on the strain gauge technology with a strain gauge and a strain body, making the miniature strain sensor suitable for static as well as dynamic applications.
The Baumer Group
Jul 2nd, 2020