At another recent event focused on modernizing water systems, a professor at the University of Michigan motioned to the back of the room where several of his students were perched. Though focused on environmental engineering and studying water quality, he noted, most of the students are getting dual majors in computer science—so they will be able use the tools available and make sense of the data collected.

While the need for those data scientists is paramount in industries of all kinds, we continue to see more rollouts from automation suppliers that are also trying to make the data more accessible and usable to the domain experts themselves. That’s a big push behind Rockwell’s latest release of capabilities in FactoryTalk Analytics. Internally referred to as Project Scio, FactoryTalk Analytics Platform is geared toward helping industrial enterprises overcome the complexity of data, making it easier to combine structured and unstructured data from virtually any existing source in an enterprise and get at the meaning behind the data with natural-language searches that make sense to domain experts.

Increased connectivity and computing power have brought no shortage of data. But making that data useful for running and maintaining operations does not come easily. Project Scio reduces the hurdles to gaining access to actionable information by intelligently fusing related data, delivering analytics in intuitive dashboards called storyboards. Users have the ability to perform self-serve drilldowns into those storyboards, significantly reducing time to value.

“It allows you to bring together multiple sources of data which beforehand weren’t necessarily related,” said Khristopher Kammer, information partner and competency manager for Rockwell, in a pre-conference briefing. “And it doesn’t necessarily require an army of data scientists or computer programmers to pull together analytics you need.”

FactoryTalk Analytics Platform gets at what Rockwell refers to as scalable analytics. One dimension of that scalability is the type of analytic. Beginning with descriptive analytics, which might tell you that your motor stopped, for example, diagnostic analytics will tell you not only that it stopped, but also the likely cause. A key promise of being able to make use of all the data that comes with the Industrial Internet of Things (IIoT) is to move ultimately into predictive and prescriptive analytics—what’s about to fail, and what can be done to avoid it.

Even data scientists trained to make better sense of data may spend too much of their time today on cleaning the data—some 60 percent of their time, according to some estimates. “Data scientists spend most of their time cleaning data. Ease of use is going to be a really important concept for our customers,” said Frank Kulaszewicz, senior vice president of Rockwell’s Architecture & Software Division.

“Now we’re going to give them time to focus on the stuff they really want to do,” said Andrew Ellis, global commercial engineering manager, information solutions, for Rockwell.

By way of example, Ellis pulled up a demo of the platform for Rockwell’s fictitious customer, MightyQs Cookie Co., showing the ability for a variety of visualization options and types of charts, all downloadable for presentations. “I can retrieve and slice and dice that information extremely quickly,” he said.

Very easily, Ellis was able to drill down to information to get more insight into how the plant is running. “Let’s say I’m the operations guy for the Chicago plant here and I’m interested in reducing energy,” he explained. “I can see that the consumption of energy is higher when making chocolate chip cookies. What’s causing that? I’m presented with the data set behind this storyboard.”

Drilling down to more closely examine only chocolate chip cookie production, Ellis then took a closer look at how each line operator performed in relation to energy consumption. “Different operators run the line differently, so I can learn from the people who run it the best and see how they do that,” he said.

He could also bucketize the data by time rather than by product and see how energy is consumed across shifts or by machine. A domain expert might know what could likely cause changes in energy consumption, but not necessarily know how to get at the data. Just by typing a natural search query in, the system created data sets on the fly.

“We start to gain some insights on this storyboard for things that weren’t even created as visualizations,” Ellis said. “We have the ability to ingress or ingest fat data. There are different connections I can make to various data sources.”

Rockwell is demonstrating these examples at the Automation Fair today and tomorrow in the Connected Enterprise Industries Pavilion.

Key attributes of Project Scio include device auto-discovery, centralized location of data that can be continually refreshed, flexible machine learning, closed-loop analytics, an open platform, and an applications marketplace that will be introduced for in-house and third-party app development. 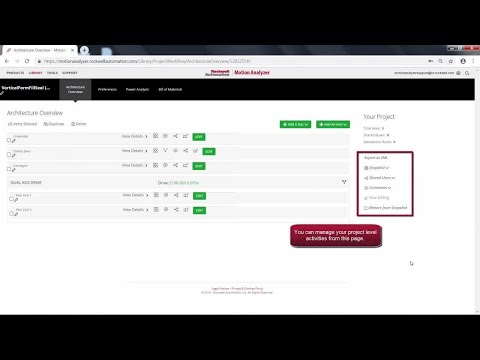 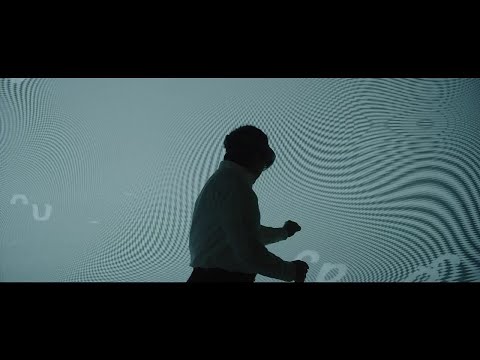 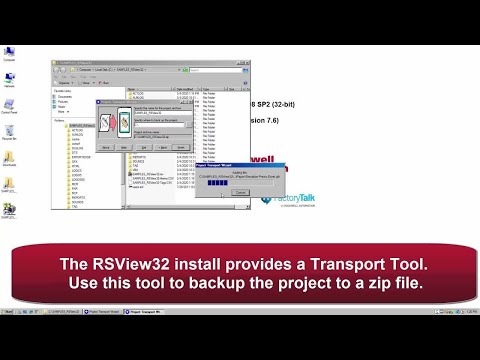 QTMB Grommet: One Size Fits All