How to Choose a Robot

With so many robotics options now available to manufacturers of all sizes, making the right choice for your operation is fraught with decisions. Using a defined set of sizing and selection criteria enables you to find a robotic system that meets your performance and price parameters.

Advances in control technology allow operators to safely enter the machine cage to teach the robot coordinates for picking and placing.

Once reserved for the most advanced manufacturing operations at the largest companies, robotics are quickly becoming common place in businesses across a wide spectrum of revenues. In response to this increased demand for robotics, suppliers have done what suppliers tend to do in a booming market—offer a plethora of model options with a dizzying array of features and price points. Though having a multitude of choices is always better than having limited options, when it comes to advanced manufacturing technologies, decision making can become confusing as users bounce between desirable features and spending constraints.

To help in the decision-making process around robotics purchases, use a defined set of sizing and selection criteria to determine your required robotics feature set. According to Bosch Rexroth, the evaluation criteria you should follow is an outline referred to as LOSTPED— load, orientation, speed, travel, precision, environment and duty cycle.

Using the LOSTPED approach can help you avoid the common mistake of purchasing a high-performance SCARA robot with all the features you may think you need when your application really only needs a simpler Cartesian system. “With a Cartesian robot, the building blocks for a basic system can be purchased and then later customized. Mounting brackets, actuators, motors and controls can be changed as application needs change,” says Richard Vaughn, automation engineering supervisor at Bosch Rexroth.

One caveat to this basic decision is the work envelope in which the robot will operate. If the workspace is tight, a compact SCARA robot is likely more suitable. But if space is not an issue, a simpler Cartesian system can often be built without all the extra features included in a SCARA or six-axis design.

Application complexity is also an issue to consider. For example, a six-axis robot can move in all the planes that a human arm does. So, for applications where there is a mechanical interference, such as a box in a corner with parts inside, a six-axis arm can bend to reach in and grab that part more easily. However, in a pick-and-place application with a  20 kg payload and no need for high accuracy, both  a SCARA and a Cartesian robot could handle the application. “But a 20 kg payload is at the upper end of a SCARA robot’s capabilities, requiring more costly controls and components,” says Vaughn. “With a Cartesian robot, a 20 kg payload is no problem, which makes it possible to save money by downsizing the mechanics, using smaller components, and less complex controls.”

Cartesian robots also make sense when the application involves long travel spans, he adds. For example, if the X-axis of robotic travel needs to be, say, 10 meters for an automated storage and retrieval system, a gantry system can be constructed from linear modules. But that length of travel cannot be handled by a SCARA or six-axis system.

Reasons for wider robotics adoption
Vaughn notes that more small-sized companies are implementing Cartesian robotics today due to:
• Improvements in online specification, selection  and CAD tools which make sizing and specification very simple. “With these tools, linear motion systems can be configured in just a few clicks. All you need to know is the mass that needs to be moved and the required stroke,” he says. “Of course, these tools do not replace detailed engineering or design calculations, but they do simplify the selection.”
• One-part numbering for a complete Cartesian system has simplified ordering. In the past, each element of a Cartesian system was ordered using individual part numbers, sometimes from different vendors. Now the entire system can be ordered with one part number from one vendor—including rails, servo drives, mechanical elements and controls—making the ordering process hassle-free.
• Pre-parameterization packages are now available to accommodate the customer’s level of controls sophistication. “When a customer uses a Bosch Rexroth PLC, for example, we can pre-parameterize function blocks for coordinated motion of several axes and load them into the controller at the factory,” says Vaughn. “When end-users get the product, they can program  in simplified robotic mnemonic code according to their particular application. The users save time by loading and programming the logic themselves.”
• Programming has gotten easier thanks to more consistent programming interfaces and C++ and Java object-oriented languages, along with traditional ladder  logic. Because of the IEC-61131-3 standard, the syntax and semantics of programming languages for PLCs have been unified. This gives end-users the flexibility to use PLCs from different manufacturers.
• Machine and operator safety advances. “Traditionally, implementing a safety circuit on a Cartesian robot meant hooking up to the control,” says Vaughn. “As a result, when  the control initiated the signal to the motor’s drive amplifier, there was always a slight delay. Now, intelligent servo drives can be equipped with safety capabilities directly at the drive level, enabling  a faster response. This circuit also enables Cartesian robots to operate in a reduced torque mode similar  to six-axis and SCARA robots in teach mode. Operators can enter a safety cage to teach the robot the coordinates for picking and placing manually. If the robot contacts  the trainer during this mode, the torque drops off immediately to prevent injury.
• Standardized choices in actuators, linear motors, feed modules as well as simple-to-configure modules. Instead of traditional ball screw or belt drives, it’s now possible to select compact modules that come complete with a linear motor drive unit and controller. Feed modules are also available to provide motion similar to a SCARA robot on the Cartesian robot’s Z-axis, where traditionally the entire module body had to move.
• Modularity of Cartesian robots, along with standardized components, has made it easier to implement solutions over a wider performance range at less cost than purpose-built robots.
• Easier operator training. Since function blocks can be pre-loaded into drives, a lower-level worker unfamiliar with programming can now handle programming for simple pick-and-place applications. “The simplicity reduces training time for operators and reduces the need for an engineer to make changes to a machine that’s running on the floor,” says Vaughn.
• Machine controllers have become capable of handling third-party robots without the need for  a dedicated controller. “This development is valuable for any brand of robot,” he says. “Being able to communicate using today’s latest protocol standards between different devices reduces the cost of a robotics control investment.” 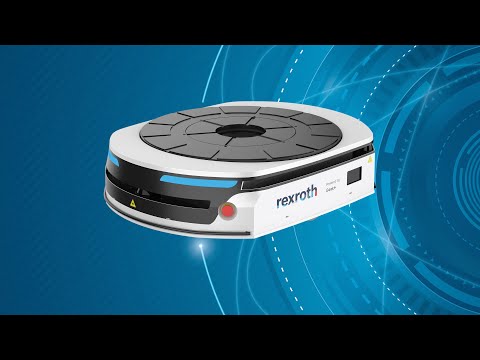 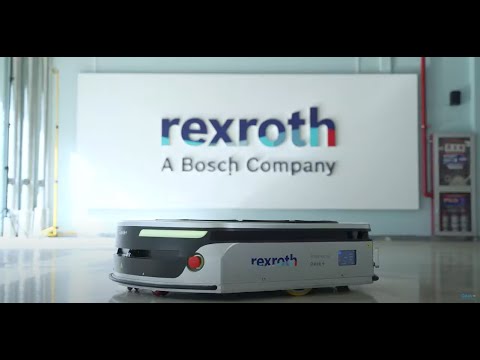 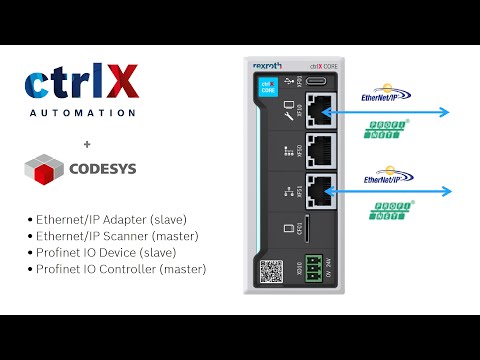