The Practical Application of Industry 4.0

In partnership with one of its top distributors, Bosch Rexroth held an open house to help customers get a better handle on its vision of the Smart Factory.

Scott Hibbard demonstrates the flexibility of a machine operating with Bosch Rexroth’s motion logic control and Open Core Engineering. Each of the stations operates autonomously and communicates with other cells to make customized products.

With industry terms being bandied about like Internet of Things (IoT) and Industry 4.0, it might not always be easy to get a handle on what they really mean for manufacturing. In an effort to show its customers the practical application of Industry 4.0, Bosch Rexroth and distributor Morrell Group put together a show this week at Morrell’s facilities in Auburn Hills, Mich., to not only explain the products and capabilities that have an impact on these advances, but also give them a chance to see everything up close.

With a theme of “Smart Factory Is Now,” Rexroth and Morrell wanted to be able to demonstrate the realities of what IoT capabilities really mean in a manufacturing environment—how the merging of information technology (IT) and operation technology (OT) can benefit production.

“I think we know now that both of those groups benefit when they work together well, and that’s what the Smart Factory is,” said Scott Hibbard, vice president of technology—factory automation for Bosch Rexroth Americas, during a press preview the day before the Automation Open House. The Smart Factory is not a new concept, he added, “but the definition of Smart Factory is changing, and changing quickly.”

The Smart Factory should be smart in many ways, Hibbard noted. It should make optimal use of all resources; it should be environmentally smart, and not just to meet codes or regulations; quality should be ensured upfront rather than enforced later through corrective action; it should be predictive, providing continuous improvement; and it needs to communicate information in real time.

Bosch Rexroth was recognized earlier this year with an award for its Industry 4.0 assembly line that integrates human, machine and product to economically manufacture customized products. Demonstrating the concept at Morrell’s facilities, Bosch showed the ease of making customized products—memory sticks or flashlights in a variety of colors, in this case—on a single machine. The separate stations on the machine operate autonomously, communicating with each other to carry out the manufacturing operation.

Bosch pairs its motion logic system IndraMotion MLC with the business rules management components of Bosch Software Innovations’ IoT Suite to combine machine events and IT processes using rules and services. The user can create models for the required rules using intuitive graphic tools and then port the models to the controller. The rules run alongside the PLC program directly on the controller. Then machine data can be analyzed during production to generate decisions such as automatic material supply or machine optimization.

The system is highly flexible, letting the user change existing rules at any time, create a model for new rules and transfer these onto the controller even during operation. This enables individual adjustments to be made dynamically, without making machine program changes.

A key to making this all work is the Open Core Engineering (OCE) capability that the MLCs have. OCE supports a broad range of protocols and programming languages to make it easier for controls and drives to bridge the gap between PLC-based automation and the IT world.

As part of a much larger initiative within the company, “Rexroth has developed libraries to support many different data environments,” Hibbard said, making reference to the poor computer science grad who starts his new job in manufacturing only to be told he has to program in a language he hasn’t learned. “Why not let the guy who’s gone to school to learn how to manipulate data program it in the language he’s learned it in?” he asked.

A recently announced partnership with National Instruments (NI) uses the Open Core Interface in a LabView programming environment without having to write PLC code. “Even motion can be conducted directly from there,” Hibbard added.

“What Open Core Engineering offers, it opens up the manufacturing world to a whole new series of programmers,” Hibbard said during a panel discussion. With OCE tools, he added, “kids are spinning motor shafts in minutes. Now small companies can do it too. What does this mean for the future?”

Looking to the future for customers big and small, Bosch Rexroth and Morrell Group are trying to cut past the hype surrounding IoT, Industry 4.0, Smart Factory, what have you. “Everybody’s heard about something different. A lot of those terms all get mixed into one little blending pot,” said Mark Majewski, vice president of automation and defense sales for Morrell. “Our job is to educate the people about what’s available today and what might be available in the future, and more where it’s useful.”

Just collecting data isn’t useful. “Ten years ago, everybody wanted more and more diagnostics,” Majewski said. “The reality is, what did they ever do with it? We were giving them all this information, and they didn’t know what to do with it. How do you take this information and be able to do something useful with it?”

Bosch is trying to drive customers away from scheduled maintenance checks, Hibbard said. “Certainly, you don’t want to wait until something breaks. Our part of that is to develop that data,” he said. “Twenty to 30 years ago in this town, people were saying we need to collect all the information we can off the machine. After that, we’ll figure out how to analyze it. Somewhere along the line, people lost interest and changed channels. We took that same idea and moved it down into the devices.”

Videos from Bosch RexrothView all videos 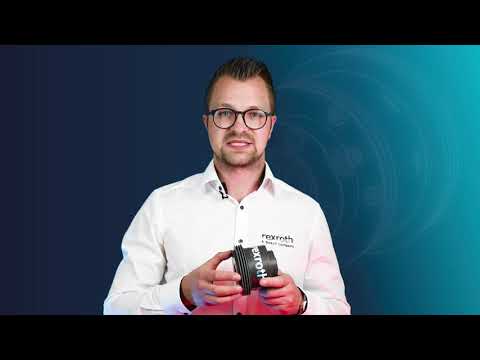 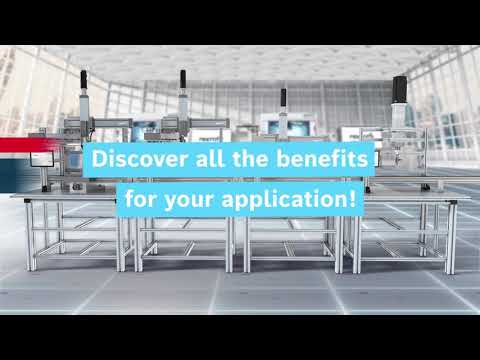 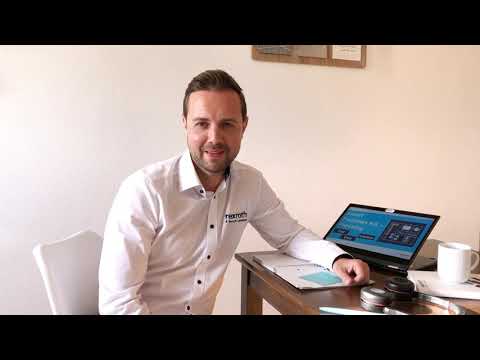 Digital MFCs: A Powerful Source of Rich Data to the PLC

In this bioprocessing example, watch how digital mass flow controllers combined with Ethernet-based communications can trigger alarms to notify the PLC/DCS in real-time for further action to improve process quality.
Feb 16th, 2021

Dorner’s Edge Roller Technology (ERT250) conveyor received certification for use in ISO Standard 14644-1 Class 4 rated cleanrooms. This means Dorner’s ERT250 will conform and not contribute to the contamination of cleanrooms to those standards.
Dorner
Jul 7th, 2020

The FastLoad DR2000 robotic cell from Acieta features a Fanuc six-axis robot that can tend up to three machines simultaneously so an operator can load and unload parts while the robot is working.
Acieta
Jul 1st, 2020