From food giant Nestle to Tier 1 automotive manufacturers, a growing number of companies are improving efficiency by sending control functions over Ethernet.

For a company that makes axles for global automakers, squeezing out costs while providing high reliability over the long term are both critical factors. American Axle & Manufacturing (AAM) began updating its three dozen manufacturing plants in 2006, it sought cost-effective technologies that would work well over the long term.

As a Tier 1 supplier for many leading automakers, AAM needs to be sure that all its manufacturing facilities meet the demands of an industry that has high reliability requirements as well as high volumes and a laser-like focus on costs. When the Detroit manufacturer planned its upgrades, one of its goals was to be able to send control commands over the same Ethernet cables used to transfer other data. It tapped Belden for help.

“We started sending controls over Ethernet around 2006; now we’ve moved completely to that,” says AAM’s Jeff Smith. “We worked closely with our suppliers to make sure we had all the capabilities we needed. We gave them two years to provide equipment that could handle controls over Ethernet or we would move to another supplier.”

Many companies are now using Ethernet for controls in order to improve efficiency. When they make this move, they need to be sure they’ve got enough speed to handle all communications. Network managers also have to be sure they pick the right topologies to keep plants running efficiently. Diagnostics and security are among the other issues that come into play.

Addressing those diverse issues in a large facility is no simple task. Food giant Nestlé took two years to build a factory in Biessenhofen that’s now one of Nestlé’s largest German facilities with 650 employees. Nestlé wanted to introduce a fully integrated solution in its new facility.

One of the first decisions at the outset of construction in 2009 was to use standardized Ethernet to facilitate the planning and visualization of the whole production process. The food manufacturer contracted Rockwell Automation and Endress+Hauser to install the network, which includes centralized switches that optimize availability and detect issues before they cause machine failure. Providing enough bandwidth for growth was also a factor.

“We’re expecting EtherNet/IP to be future-proof,” says Florian Schreyer, automation engineer at Nestlé. “It has delivered the huge benefit of giving us centralized access to most of the information from the plant floor.”
Many feel that this trend will grow, making Ethernet the de facto standard for all sorts of signals. As the standards’ speed rises, it’s becoming easier to unite all equipment in a facility onto a single network that will be much easier to manage than disparate links.

“Network convergence is changing the paradigm of manufacturing and process networks,” says Paul Brooks of Rockwell Automation and the Industrial IP Advantage, a group that promotes communications based on Internet protocols. “Instead of implementing control networks, convergence enables control within multi-functional networks where solutions like automation, security and compliance, video and energy management interoperate and integrate to enhance overall plant efficiency.”

The need for speed
Whenever network decisions are made, speed is one of the primary concerns. Administrators who build industrial networks can’t just move to the latest version of the commercial technology. They’ve got to balance throughput demands with the ruggedness and robustness of equipment.

There aren’t straightforward answers. Some managers feel that the costs of ruggedized Gigabit Ethernet technologies are now so close to those of older versions that it’s not a stretch to use the latest technology. Using Gigabit Ethernet provides room for expansion.

“Customers are future-proofing their designs by going with Gigabit Ethernet,” says Matt Newton, regional sales manager at Opto 22. “There are many applications that run just fine with standard 10/100 Ethernet. But as we begin seeing larger and larger data transmission requirements in both control and business network applications, increased speed and throughput is becoming necessary.”

Planning for continued growth in bandwidth requirements can let companies shift more functions to their networks. As computing power grows and more equipment goes digital, security cameras and many other devices can be attached via Ethernet. That gives managers throughout the facility access to all sorts of information.

Not so fast
Others say that there’s no need for the extra bandwidth of this new technology. Most communications on industrial networks consist of fairly small packets, which are often sent sporadically. AAM’s Smith is tasked with planning five years out, but he remains among those who feel that mainstream Ethernet can meet demands.

“We do motion control over standard 100 Mbps with full duplex,” Smith says. “At some point, network speed reaches the point of diminishing returns. It doesn’t matter if your I/O is lightning fast if the PLC stack doesn’t have the horsepower to do anything more with it.”
Another strategy is to establish tiers of performance for various needs. Equipment on the plant floor can communicate using fairly slow networks without bottlenecks. Higher-level networks and plant backbones often require more bandwidth.

“While many devices and applications can be supported by 10 Mbps networking, recommended connections for automation devices should be 100 Mbps and Gbps between infrastructure devices like switches, routers and wireless access points,” Brooks says. “Even when implementing linear daisy chain or ring topologies, where the effective endpoint bandwidth is typically 100 Mbps divided by the number of devices in the chain, bandwidth constraints today are rarely a gating factor.”

Many issues
Sending industrial control functions over Ethernet is vastly different from sending data over IT networks. Industrial networks must support real-time communications with determinism. This requires minimal latency between the time messages are sent and received. Jitter, the variance of this latency, must be significantly lower than with typical enterprise communications.

“Determinism is a requirement when sending control functions,” says Kevin Davenport, business development manager at Cisco Manufacturing. “Although the network plays a role in the deterministic nature of a system, a number of other factors, such as end-device latency and response time, are also involved.”

The definitions for determinism vary in different environments. In networks that don’t carry control commands, a few milliseconds could be considered real time. But when motion control enters the picture, requirements get tighter.

Lay it out
Ensuring reliability and minimizing downtime are also critical elements in every networking installation. Picking the right topology is a key concern. Network managers need to examine their overall system requirements and plan accordingly. Factors such as fault tolerance are key factors.

Traditionally, ring topologies are managed by network switches, adding a potential increase in cost and complexity. But advances in technology now mean that’s not always the case.

“New product designs using Profinet protocols like media redundancy protocol allow for ring topologies to be implemented without the need for additional hardware," Pitterling adds. “This is because the PLCs, HMI, I/Os and motion controllers support Profinet MRP, which allows for the devices to be configured in a ring using the integrated two-port switch of the devices.”

The high performance of the latest Ethernet links makes it possible to run equipment at high speeds without issues. That’s a big benefit over the industrial networks of the past.

“Legacy serial protocols often required point-to-point or a bus topology,” Newton says. “With Ethernet being the prevailing technology these days, new topologies are available to meet time-sensitive protocol. Star is always a good approach, but some applications require mesh networking.”

Many factors
When managers pick their topologies, they must also look at other factors that will help ensure that the network operates effectively. Factors like electromagnetic interference are growing in importance as speeds rise.
“With regard to the network topology, it needs a hardened infrastructure that is deterministic, and to be interoperable and redundant,” Phoenix Contact’s Austin says. “For the devices, it would be resistance to EMI and shock, and having an extended temperature rating.”

The techniques used to send messages is another critical factor. In some applications, it’s best to send one message at a time, commonly called unicasting. In other applications, multicasting lets systems broadcast a message to several nodes simultaneously. Sometimes, the two techniques can coexist.

Protect and detect
Network managers must consider techniques that protect their data while also looking for ways to detect problems. Diagnostics will always be an important factor in any communications installation.

In today’s open environments, security is becoming far more important than in the past. The potential for attacks and the possible impact of malware has prompted many in industry to look closely at their security measures. However, many managers note that it’s just another potential problem that must be analyzed and minimized.

“Security has become more prevalent, but it’s not the 10 ton elephant a lot of people make it out to be,” Smith says. “It’s risk mitigation. Once you understand that, you can see what needs to be done to solve the problem.”

The need for diagnostics is more well-established than for security, but the large amount of time spent improving diagnostics doesn’t mean that it’s become a trivial issue. Network planners and operators must look at many aspects of the network to avoid problems.

“The diagnostics offered by end points are the starting point. But in a switched network, infrastructure diagnostics are almost as important,” says Rockwell’s Brooks. “Well-setup diagnostics can dramatically reduce downtime in the event of network interruptions.” 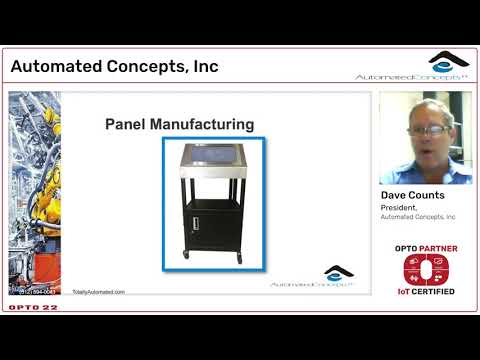 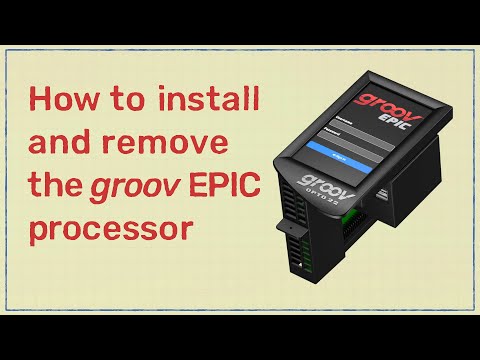 How to install and remove the groov EPIC processor 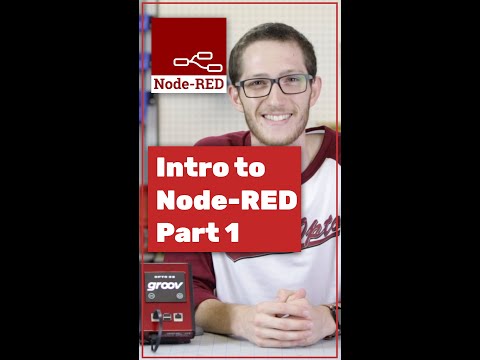 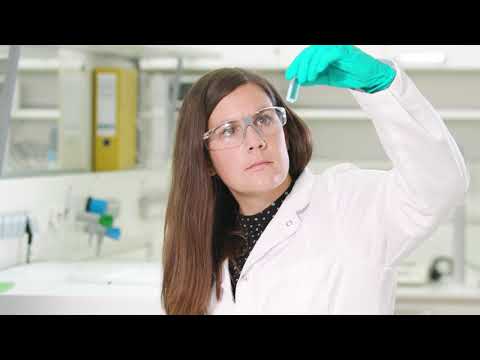 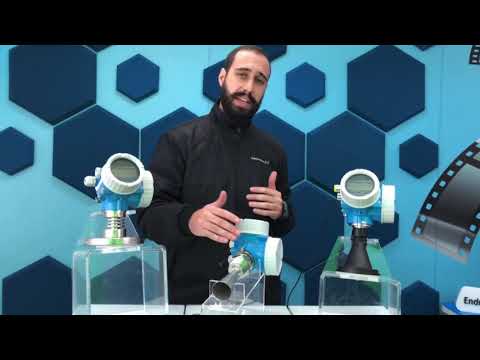 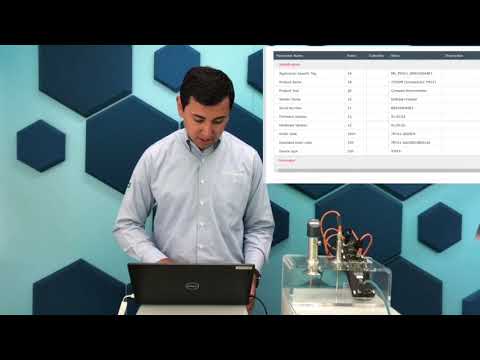