Ethernet installations are growing fast, but about a quarter of Automation World survey respondents say they have no plans to move away from serial devices anytime soon.

As it was for Mark Twain, the reports of the death of industrial fieldbus are greatly exaggerated. Market inertia, familiarity and smart device solutions are some of the drivers keeping fieldbus alive. Not only do fieldbus networks represent the majority of the installed base, but installations continue to grow by 7 percent a year, according to HMS Industrial Networks, a rate that is far greater than the growth rate for automation equipment in general.

But industrial Ethernet is nonetheless advancing and has become the preferred communication protocol moving forward. Even with a larger learning curve and fieldbus enterprise connectivity solutions, Ethernet installations account for a third of all industrial networks, and are growing by 17 percent per year, HMS says.

Through a survey of Automation World readers, we set out to get a clearer picture of where Ethernet is and isn’t in your operations—where the biggest holdouts are, and when and how you’re likely to make the switch. Not too surprisingly, field devices are the most common devices not yet connected to the Ethernet, regardless of industry type. Also ranking high on the not-connected list were motors, drives and sensors.

The timing seems right for a discussion about Ethernet prevalence as several issues converge in automation and control—including obsolescence concerns, optimization projects and, of course, the drive toward tighter enterprise integration via the Industrial Internet of Things (IIoT).

More than half of manufacturers have budgeted for IIoT capital investments, increasing their investments over the previous budget cycle, according to a recent Genpact survey. “If you think of IIoT being more business-driven, then that might start to drive industrial Ethernet into some applications that haven't seen these technical drivers in the past,” says Jeff Lund, senior director of product line management at Belden.

Serial staying power
But our reader survey shows that some companies might need a nudge with their plant optimization, remote access and Big Data plans. Specifically, legacy plants are slow to add Ethernet-enabled devices.

In part, this is because of the continuing reliability of 4-20 mA serial devices. “If a higher-level enterprise application is needed, then I’ll connect a fieldbus device to our C300 controller that’s tied into a Fault Tolerant Ethernet (FTE) network,” says Joe Bastone, marketing manager for control and I/O at Honeywell Process Solutions. “With a Level 2 control connection, the device data can be pushed into our Experion server and be made available to the enterprise level.”

In fact, asked which devices they would likely get connected to Ethernet next, almost a quarter (24.5 percent) of our survey respondents said they would not add any Ethernet-enabled floor devices, machines or systems in the near future.

For some process industries, it comes down to the installed base. “The chemical and oil and gas industries are relatively conservative,” says Stacey Jarlsberg, product manager for Simatic PCS 7 at Siemens USA. “4-20 mA has been in these industries for well over 25 years, which makes this essential transition more difficult and costly.”

Although the cost of Ethernet connectivity is dropping, so is the cost of fieldbus connectivity, notes Paul Brooks, global business development manager at Rockwell Automation. “A really relevant part of overall IIoT movements will be the use of hard data on 4-20 mA devices by making distributed I/O modules slightly more intelligent.”

Joint developments
With those types of cost trends and installed bases for some legacy applications, end users are paying great attention to the final release made by the five automation foundations working together on Field Device Integration cross-protocol development for process automation. According to reports, this final release creates a path to integrate Electronic Device Description Language (EDDL) and Field Device Tool/Device Type Manager (FDT/DTM) technologies into one comprehensive protocol to drive more cost out of installation and better maintenance procedures. Groups working on this joint effort include FDT Group, Fieldbus Foundation, HART Communication Foundation, Profibus and Profinet International, and OPC Foundation.

“4-20 mA is an older technology, but its differentiation comes with diagnostic capabilities, such as HART,” says Juan Carlos Bravo, product marketing manager for electrical and data integration at Emerson Process Management. “While some users will use Ethernet converters, there is more value in diagnostic data than merely the 4-20 mA signal converted to Ethernet.”

However, our reader survey reinforces the impending move of Ethernet to a plant or factory near you. About half of the respondents working in factory (50 percent) and batch (53 percent) automation environments report Ethernet connectivity will be added to their plant within the next one to three years. The lagging sector is continuous process applications at 35 percent.

An important consideration is how cost-effective Ethernet is to the system as a whole, Lund says. “Now we see Ethernet-connected I/O blocks being introduced and that might not have been cost-effective five years ago,” he says.

“In the future, it’s probably going to be Ethernet-based,” Bastone says. “So you have to start looking at it from that point of view, like obsolescence and how to start being strategic with a gradual transition from a fieldbus-based solution to Ethernet.”

Brave new world
Identifying opportunities for industrial Ethernet installations will be extremely important in the coming years for many companies, and vertical markets are not getting any easier to predict. So where does Ethernet fit in such circumstances?

“It’s important to separate out existing and new installations when it comes to fieldbus and Ethernet technology development,” Bastone says.

For example, in oil and gas, horizontal drilling technology has been around for more than 60 years but the shale market is relatively new. Maintenance and support services are maturing and new approaches in this space are offering opportunities for Ethernet.

“From a maintenance perspective, one of the challenges with fieldbus is building the actual physical network because it can be somewhat complicated and challenging to maintain in an oil and gas environment,” Jarlsberg says.

Remote monitoring is playing a bigger role in these immense shale footprints, such as mobile skids for gas processing, well monitoring and stimulation. These vehicle skids can include pumps, blenders, valves and PLCs. “Typically, these skid applications have been hardwired, and we’re saying that you don’t have to rework your operation,” says Thomas Nuth, global vertical manager at Moxa. “You can use wireless, Ethernet and fiber; it’s cheaper and more reliable.”

Delivered by vehicles, mobile skids are placed at well sites and operators would run each machine locally in years past. Now, these stimulation skids’ serial devices are beginning to use protocol converters, such as EtherNet/IP or Modbus/TCP, according to Moxa. In a white paper titled “Ethernet Convergence in Mobile Oil and Gas Applications,” the company documents how converters or wireless gateways can connect to meters, valves, controllers and HMIs using fieldbus technologies such as Modbus and Profibus.

Besides lower operational costs with Ethernet, other drivers with these skid applications can include better safety and the ability to extend operational capacity.

The move to Ethernet skid applications has been a multi-step approach from wired to wireless IEEE 802.11, allowing a network of interconnections between monitoring skids, according to Moxa. A skid’s process controller communicates back to a remote data van equipped with SCADA capabilities and can employ dual-radio architecture, based on 802.11n. This ensures replicated packet data in case of any local radio interference. The wireless option also includes options for frequency band, channel width and encoding technology.

“With those mobile skid applications, PLCs are going away,” Nuth says. “We’ve begun to see cannibalization of the PLC requirements for pumps, actuators and other applications in oil and gas.”

Making the upgrade
As manufacturers continue to incorporate more Ethernet into their operations, several plan to install Ethernet-based controllers, drives and sensors in great numbers, according to our survey results. Instruments ranked the highest—37.5 percent in batch processing applications and 38.5 percent for continuous processes.

Bravo concurs. “Converters do introduce one more point of failure in trying to troubleshoot devices, and gateways and converters can become bottlenecks of information.”

There’s no doubt Ethernet installations do come with a larger learning curve and great system integration teams can overcome major challenges with commissioning. However, our readers continue to point to Ethernet as the de facto network of the future as IIoT matures and new application candidates appear. 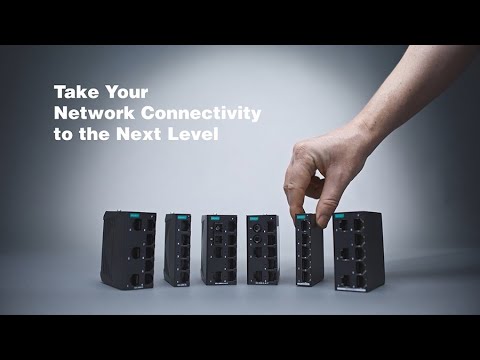 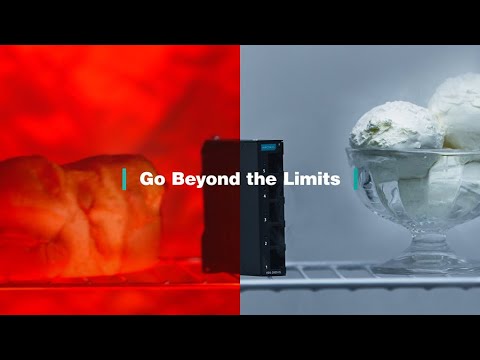 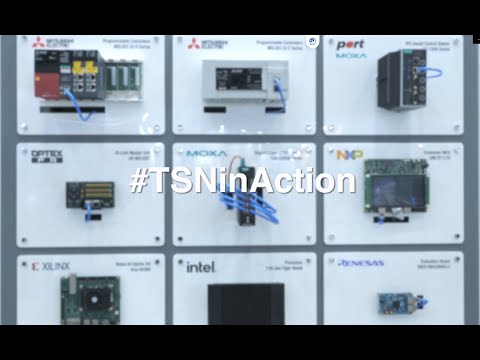 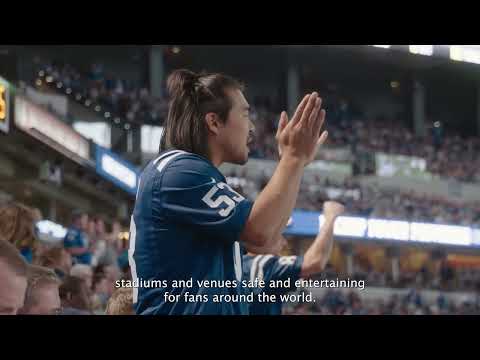 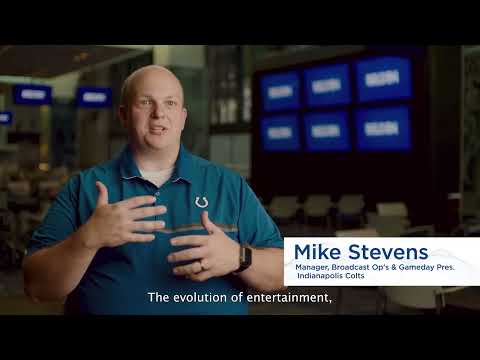 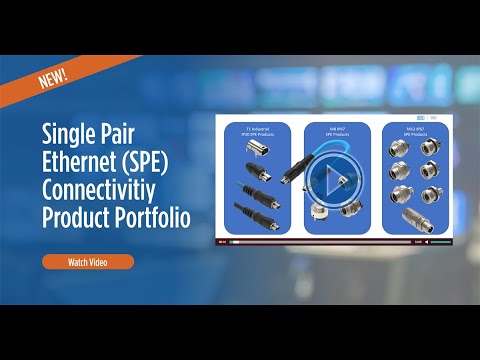