Half of all PID control loops will suffer performance degradation within their first year. So whether it's a loop in a motion drive or a refinery application, new intelligent tools can help orchestrate operating efficiencies.

The tuning of proportional-integral-derivative (PID) control loops was an important change at HollyFrontier’s Navajo Refinery in Artesia, N.M. Its hands-on, “mandraulic” culture was no longer cutting it. Not only had the refinery grown over the years, but the experienced staff that had kept the units in tune was also beginning to retire. Because as many as 30 percent of the control loops in some units were operating in manual mode, management was concerned about safety, the environment and productivity.

For this reason, tuning technology was part of the mix when management decided to change the plant’s operating strategy to make automatic mode the norm for regulatory control. Like a growing number of users, this refinery discovered that today’s computing power and intelligent software have enabled automation vendors to develop tools that can streamline the tuning of PID loops.

In the Navajo Refinery’s case, the tool was OperTune, a closed-loop PID auto-tuning technology from Honeywell Process Solutions. The tool relies on a minimally invasive control theory. While the control loop remains in control in automatic mode, OperTune introduces a test signal on top of the controller’s output signal. After the test, it computes and offers a range of recommended tuning parameters.

The tool automates many of the tasks in this process that control engineers used to do by hand. Using the computer networks that are commonplace today, the tool collects the necessary data and performs the calculations. From the presented data, users can then select how aggressive they want the response time to be.

“Back when I first learned tuning, we would introduce a step, graph the results, and figure out the slope of the line to determine the time constant,” notes Perry Nordh, Honeywell’s product manager for advanced control, optimization and monitoring. “The method was dependent upon your printer resolution, among other things. Now, the computer does all of that work for you.”

To bring this and other resources to the Navajo Refinery, the technical staff there collaborated with experts from Honeywell to make the necessary adjustments and upgrades. “In the first three months, the team spent its time on 12 units and identified about 160 loops that needed to be addressed,” reports Nordh. Tuning improved about 60 percent of those loops; the others required mechanical repairs and upgrades. After this initial success, the project team relied on tuning to improve 68 percent of 172 additional loops that needed attention.

Besides speeding data collection and the subsequent calculations, the tuning tools have the added advantage of applying advanced control theory and improvements in process modeling to control problems. The result is greater accuracy in applications that have long time constants or complex dynamics. Nordh notes that, although most control engineers might find it faster and easier to rely on experience to evaluate flow loops, they will find modeling and auto-tuning helpful for optimizing more important loops, like those for temperature and pressure.

A limitation of some PID tuning software today is an inability to handle complexity well. Such software is often based on simple, low-order process models, according to Arkadiy Turevskiy, control products marketing manager at MathWorks. “These models do not take into account various nonlinearities that can exist in the process dynamics, such as sticking valves, dead zones and saturation in manipulated variables,” he says. For this reason, they work best for simple systems only. MathWorks and other software developers in the embedded controls field believe that they have corrected this problem and widened the range of applications that PID tuning software can handle.

“Using these tools, engineers can model a multiple-input, multiple-output nonlinear process,” says Turevskiy. “They can use this model to design a controller, and then test the design in closed-loop simulation before deploying it to a DCS [distributed control system].” Although simulation might not always be needed for simpler, single-input single-output controllers, Turevskiy views it as critical in designing control systems for complex, nonlinear processes, especially for those with multiple coupled loops.

Once control engineers determine the best architecture, software such as MathWorks’ Matlab and Simulink can automate the tuning of PID gains. Because the traditional method of tuning multi-loop controllers one loop at a time was difficult and time-consuming, engineers often resorted to using more advanced controllers like model predictive control (MPC). “However, MPC is often more difficult to maintain, support and troubleshoot than a multi-loop PID control architecture,” notes Turevskiy.

A growing application for these kinds of PID tuning tools is motion drives, which are much more than simple amplifiers today. “They have embedded systems that run on a real-time operating system that can talk to the rest of the network via an industrial protocol,” says Christian Fritz, principal product manager for advanced machine control and robotics at National Instruments. As a developer of software and control algorithms for machine design, National Instruments has developed its LabView PID Control Toolkit to determine PID parameters for such applications.

This toolkit helped Captronic Systems of Bangalore, India, replace the inflexible, analog servo controllers that applied loads in its line of material testing equipment with a flexible, digital electro-hydraulic servo controller. Servo hydraulics are stiffer than their electric counterparts and therefore more repeatable, but their nonlinear dynamics make the control problem more difficult to solve.

Captronic’s control engineers were able to account for the system’s nonlinear behavior by using the PID Control Toolkit and its gain-scheduling feature to implement and tune the controller. They set conservative loop gains and tuned the controller at several points. The relay tuning method in the PID Autotuning Wizard also allowed the engineers to tune the process without having to bring the system to marginal stability, thereby reducing the risk of accidents and damage to the test components.

Thanks to the embedded tools, tuning went quickly. The company’s project team reports that it designed, developed and tuned the controller within 11 work days.

Fritz at National Instruments credits the gradual penetration of key technologies into manufacturing for the ability of automation suppliers to develop PID tuning tools. “The proliferation of sensors gives you the ability to see what’s happening,” he notes. “And companies like Intel are getting serious about the embedded space and developing processors targeted at industrial automation.”

Despite successes for companies like Captronic Systems, tuning algorithms do not always generate the optimum set of parameters for the loop. “They often just give you a good starting point,” explains Fritz. “Getting the last little bit of performance still requires human activity, especially on complex systems such as medical devices and semiconductor processing equipment.”

Embedded automation can help get that performance by retrieving data from vibration or other sensors, and even generating a Bode plot. “In the past, experienced controls engineers relied on their gut feeling and maybe some manual calculations,” says Fritz. “Today, they have information at their fingertips so that they can apply the principles that they learned in university about Bode plots to optimize the system.”

In general, auto-tuning typically tends to work better for stiff designs that are not hard to control and for systems that have large ranges of motion, according to Fritz. It tends to be less effective when the mechanical systems are not well defined and when belts and lightweight componentry permits compliance and vibration in the system.

Although tuning tools can certainly make the tasks involved in tuning easier, they have had limited success in reducing the time it takes to tune a process properly. This has limited their use in some quarters of the process industry. The reason is dynamics, according to Kevin Starr, R&D manager for Process Automation Lifecycle services at ABB. “Flows and pressures can have dynamics that have time constants of a minute or less,” he explains. “Levels and temperatures can have dynamics with time constants into the hours.”

Because today’s automation can easily have more than 250 loops, few companies have the time and engineering resources to tune every loop optimally. “So defaults and very slow numbers are put into practice,” says Starr. “Then we wait for the operator to tell us what loops aren’t working so that we can fix them.” Consequently, loops often have to deteriorate badly before they are noticed.

Deterioration is an important variable for PID loops. Research done by ABB shows that automation in PID loops typically has a half-life of six months, meaning that half of all loops will undergo some degradation in performance within their first year of deployment. “We thought this unreal at first,” recalls Starr. Loop performance assessments, however, have consistently revealed that wear on valves, instruments and transducers do indeed have this effect.

For these reasons, besides introducing its own data-collection and loop-tuning software over the past decade, ABB has also invested R&D dollars in PID performance indicators that are based on steady-state performance. The result is tools like ServicePort for continuous monitoring and Fingerprints for occasional assessments of performance. Their task is to perform a kind of triage on the myriad loops in a plant.

“These service tools allow an engineer to quickly assess the performance of a large industrial site, sort the controls by performance and problem, and provide an ROI-based plan,” says Starr.

May 27th, 2020
Videos from National InstrumentsView all videos 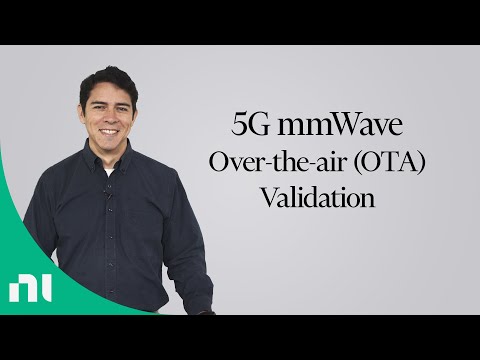 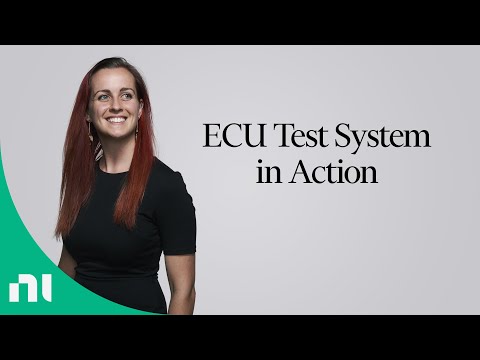 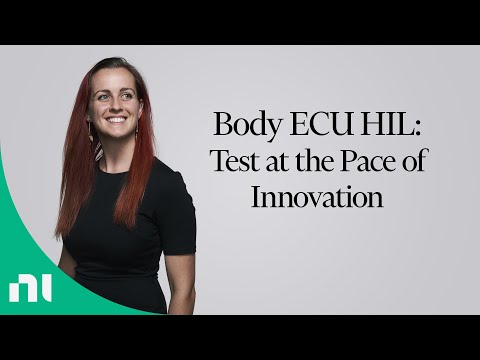 Body ECU HIL: Test at the Pace of Innovation

Adrisa's SmartView Service Pack 1 allows for multiple database connections are now possible, allowing tags and alarms to be logged to multiple databases simultaneously in a simple and intuitive manner, without the need for SQL or other custom code.
Adrisa
Sep 8th, 2020