The title of Ergonomist may not sound like most people’s idea of a dream job, but Marty Smets, ergonomics simulation engineer at Ford Motor Company, says he’s living the dream. Ensconced in his lab in Detroit, he has a front row seat to a manufacturing revolution.

The field of ergonomics—the study of protecting the wellbeing of people in their jobs and increasing their efficiency—is undergoing a sea change in manufacturing. It is moving from being not much more than an afterthought to a major driver in how products are not only assembled, but also designed.

Ergonomics in assembly has moved to the forefront of manufacturing, Smets says, because it reduces assembly errors and injuries on the job, thus saving money. “Twenty years ago, you’d have an ‘ergo’ walking down [a newly built auto assembly] line making a tally of the issues,” Smets says. But conducting an ergonomic evaluation at that point is too late to do much good, he contends.

Ergonomic issues in assembly are now being tackled in the prototyping or even the design phases at Ford, which has made a science of categorizing and addressing the issues well before production. “It’s truly just three problems we’re seeing over and over again,” says Smets of challenges faced by workers building Ford’s cars and trucks. “They can’t reach the part; they don’t have the hand clearance to grab the part; or they don’t have the strength to put the part in.”

The lab that Smets runs at Ford can now simulate the assembly of troublesome parts using virtual reality and augmented reality tools, before they cause problems for real-life workers. He and his team can mock up a simulated vehicle on an assembly line digitally and immerse a test subject—for example, a worker from the assembly line—in the simulation via virtual reality goggles. In this lab, Smets and his team can even create temporary barriers to impede the reach of their subjects as they work to, for example, connect a virtual radiator hose.

Such tools give Smets and his colleagues the data they need to include ergonomic specifications in the computer-aided designs of the parts that Ford engineers use to design vehicles. A typical specification might require that no more than 7 lbs. of force be necessary to insert a given part into another part. Such a specification reduces the risk of injury to workers, and also improves the quality of the finished product by making it easier to assemble and thus reducing assembly errors.

But it’s not just specialists like Smets who are taking a greater interest in the ergonomics of manufacturing products, and not just major manufacturers like Ford. New tools are enabling a wider range of engineers to realize the benefits of workstations designed for maximum comfort.

“Ergonomics technology is expanding beyond just the ergonomics experts and to product designers and manufacturing engineers,” says Aaron Frankel, director of product marketing for Siemens PLM Software. “This is due to software tools becoming easy to use.” The current generation of tools, he says, are not only easier to program, but can also produce more useful data with less hassle.

One of the tools available to ergonomists, as well as design and manufacturing engineers, is a new generation of digital human simulators such as the Jack and Jill biomechanical models from Siemens. These avatars can be placed in virtual manufacturing environments to explore how best to design those environments before undertaking the expense of building them. The movements of actual workers—digitized through the motion capture technologies made famous by Hollywood special effects designers—can be mapped onto the digital models to get an accurate picture of how workers will fare in a new or redesigned assembly plant.

Even without motion capture technology, digital human models can help designers factor in the needs of a given population of workers when designing workspaces. Using these digital models, designers can account for the typical reach and height of a workforce. This kind of insight can go a long way toward improving the efficiency of an assembly plant while reducing the strain on workers, says Sebastian Binnemann, group product manager for Bosch Rexroth, which produces equipment for assembly lines.

In addition to the physical characteristics of the workers themselves, Binnemann says, the particulars of the products being manufactured—such as how many parts each worker handles and the weight of the parts and the finished products—should also inform the design of workstations from an ergonomics point of view.

Binnemann cites Bosch Rexroth’s range of customizable workstation components, including adjustable foot rests for workstations, as examples of how ergonomics influences the design of products made by the company. He says that it’s a misconception that most chairs come with adequate footrests. He says that the small foothold typically provided on a chair does not provide the space needed to move one’s feet enough to maintain adequate blood circulation. Ergonomic decisions being made will include whether or not a chair should even be at the workstation, depending on the parts being handled.

“If you do some heavier lifting,” Binnemann explains, “you want to stand up and lift properly instead of bending over and lifting something crooked from your seat. But later in the day, if you have some inspection to do, you need more focus and you want to sit down.”

Binnemann advises a mix of sitting and standing activities for the safest and most productive results for workers in an assembly plant. “What we advise our customers,” he says, “is to cross-train their workforce by having them stand for part of the day work and be seated at other times to relieve the stress that too much time spent in either position can create.”

Worker flexibility in general is becoming increasingly important as manufacturers seek the optimum mix of automation and adaptability that—at least so far—only human workers can bring to the table. “You want to keep your workers motivated,” Binnemann says. “If you come to work for eight hours and do the same movement and it’s rather boring, you lose focus.”

The Lean manufacturing movement, which deployed automation and increased efficiencies to increase throughput, also managed to squeeze about as much productivity as was possible without more fully engaging the workforce, according to Binnemann. “When errors continue to accrue” after deploying lean manufacturing procedures, he says, “there’s something else missing, and that’s probably the motivated worker.”

The trend in manufacturing toward smaller runs of products customized for narrower niches will require more creative problem-solving and, therefore, more engaged workers, says John D. Lee, industrial and systems engineering professor at the University of Wisconsin-Madison. In that environment, “thinking about how to divide a job into its component pieces and reward accordingly is not going to work,” he says. “You need to give some thought about how to create meaningful work that engages people and lets them see the overall end product and how they’re contributing to that end project, then give them the latitude to innovate and solve problems.”

So what’s a manufacturer to do when faced with both an array of new manufacturing technology choices and the puzzle of how to fit people into the picture with those technologies? Many manufacturers are choosing to outsource those challenges.

Burnsville, Minn.-based FlexMation works with manufacturers to set up new manufacturing processes. Typically, customers come with products already designed, but need help working out how to implement them with the workstations that make up a facility’s work cells, explains Steve McClintick, FlexMation co-founder.

CAD tools are often used to help McClintick and his clients with this process. A client might come to McClintick with not much more than a napkin sketch of a process, and it’s up to the FlexMation team to envision how the people who operate it can be as comfortable and productive as possible. But even the best software can’t substitute for the experience and know-how of a production expert.

Lighting, for example, is poorly addressed in existing CAD software. “Usually, ambient lighting is insufficient, and the more detailed and precise the inspection work has to be, the brighter the lighting needs to be,” McClintick explains. “The tools just don’t know.”

FlexMation will also help a manufacturer decide how much of a given process to automate and how much to have assembled manually. A large product run might suggest that automation, with its fixed expense for a given process, could provide the greatest return on investment. On the other hand, a product with a short lifecycle might drive greater reliance on manual assembly. In either case, McClintick agrees that flexibility is a key asset for workers. “Your best people are the ones that can work in any cell in any position,” he says. McClintick cites the efficient movement of materials in and out of work cells as perhaps the biggest challenge faced by his clients. In the near future, that problem might be solved by a new breed of collaborative robots—machines like Rethink Robotics’ Baxter—that are designed for maximum safety around humans. A robot like Baxter could one day “walk over to the other side of the cell and unload something that was just tested,” McClintick muses. “I haven’t seen that happen yet, but I’m watching for it, especially as Baxter comes down in price.”

Smets, too, would like to see more robots of Baxter’s ilk in assembly plants. “We are actively looking at those robots,” he says of his team at Ford. “We’re very interested in robots like Baxter.” He looks forward to the day when such machines will free human workers from overly repetitive or stationary work and allow them to focus on more engaging tasks.

If Smets’s vision comes true, it means that the humans in the factory—and the ergonomic challenges they present—will only continue to gain in importance. 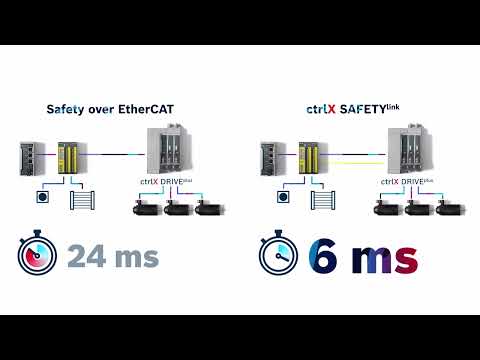