HighByte releases its DataOps software to standardize device and machine data for use by enterprise analytics.

A few months ago, we covered an emerging category of industrial software coming onto the market. This software, known as DataOps software, is designed to contextualize and standardize industrial data at the edge and manage its flow to various consuming applications.

Given the growing importance of machine and device data to modern manufacturing practices, the ability to contextualize and standardize data is a critical factor for Industrial Internet of Things or Industry 4.0 applications. To better understand the role of DataOps software, think of it this way: If you send a sensor’s data point feed with the name F8:4 and a value of 52.2 into an analytics software package, how does the analytics software know if this is a temperature value, or if it’s in Celsius or Fahrenheit, or where it comes from, or what operating limits it correlates to (i.e., is 52.2 an acceptable reading or an indication of a problem?).

In the article linked to above, we shared information about DataOps software from a new company called HighByte. Their software—HighByte Intelligence Hub—is now available.

Explaining Intelligence Hub’s principal capabilities, John Harrington, co-founder & chief business officer of HighByte, said the software “enables operations to securely connect, model, and flow valuable industrial data to the users and systems that require this valuable information throughout the extended enterprise. The platform-agnostic software solution runs on-premises at the edge, securely connects devices and applications via OPC UA and MQTT, is built for scale, and offers a codeless user interface.”

To better understand how DataOps software would be applied across industry, HighByte launched a beta program in September 2019 involving nearly 40 manufacturers, distributors, and system integrators in 15 countries. Harrington noted that, through this beta program, five common application goals became apparent:

Based on the lessons learned from end user applications of the Intelligence Hub software, HighByte made several improvements to the software’s user interface before its release. “From a technical perspective, we added a lot of features to the roadmap, like supporting pull/push into SQL databases, buffering data, and allowing users to organize and re-use the models they’ve built more efficiently,” said Torey Penrod-Cambra, co-founder and chief marketing officer at HighByte. “But we also learned a lot from a business perspective. We learned that early adopters of IIoT are just now starting to realize that maintenance of all of the [data] integrations they’ve set up is becoming a massive problem, and that they need a solution for it. I think we confirmed that we’re on the right track to meet a need in the market that’s not currently being met.”

Penrod-Cambra added that the Intelligence Hub software is deployed on-premise and is available via an annual subscription. “The subscription includes upgrades throughout the year and unlimited support. There are no data tag limits and no connection limits. Rather, it’s simply priced per site; that is, one license required per facility, renewed annually,” she explained.

Videos from HighByteView all videos 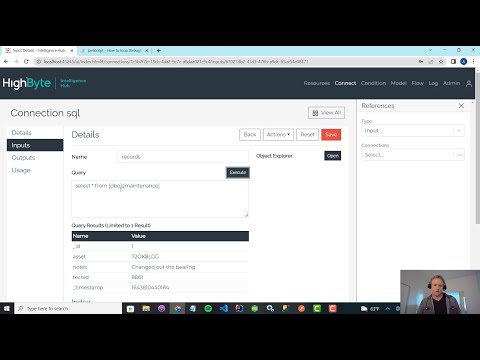 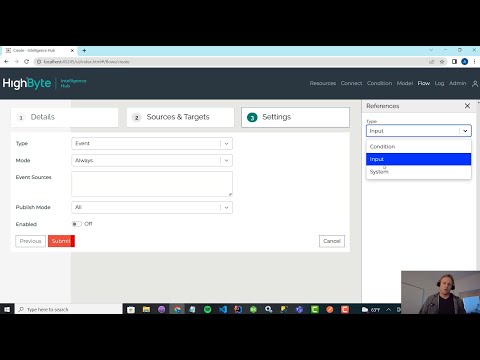 Use event-based flows to ensure no data is lost 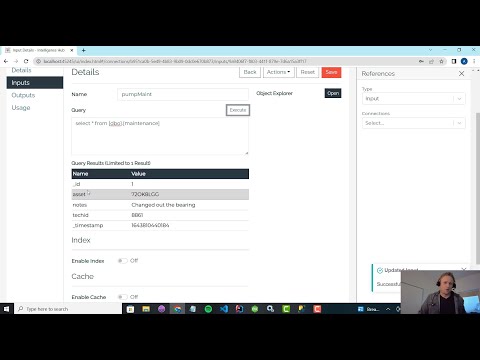 Use input parameters to merge real-time and maintenance data

And if you aren’t confused, you aren’t paying attention!
Michael Risse
Jul 8th, 2021

In a recent survey conducted by Yokogawa, environmental sustainability was identified as one of the areas where autonomous technologies would have the most significant impact.
David Miller
Feb 17th, 2022

Aveva Outlines Its Direction for OSIsoft