Preparing for and Applying the Internet of Things

As technology companies extend their product capabilities for Internet of Things applications, launching these initiatives across industry are getting easier and easier.

What could you do differently if the cost of sensing and communication costs reached zero? This is the question Andy Robinson of Avid Solutions asked at the start of his Internet of Things (IoT) application development session at the Wonderware 2015 Conference. His question is not a fanciful what-if proposition; it is a fast-approaching reality as interest in the IoT directly influences the level of Internet connectivity throughout industry and, therefore, the costs to connect systems within a plant and across the globe.

Hanu Kommalapati, senior director of program management at Microsoft, also spoke at the conference about extending industry capabilities with the use of IoT.

He noted that the principal driver he sees behind industry’s interest in IoT is not the appeal of the technology itself, but the fact that “any business that knows itself can be more proactive. Businesses are seeking greater self awareness,” he said.

In terms of real world IoT applications, Kommalapati said that companies tend to deploy these projects in a phased approach. “In the first stage, they connect to the cloud for telemetry—to monitor and track the device state and create basic rules to improve operational efficiency,” he said. “The next stage involves business intelligence—analyzing and visualizing the data collected from devices to discover patterns using predictive analytics and operationalizing those insights to improve processes in real time.”

Shifting his focus to Micosoft’s Azure cloud service and how it supports the stages of IoT implementation, Kommalapati said that Azure’s Event Hubs support global device connectivity and management in the cloud using a high-scale telemetry ingestion service with HTTP/AMQP protocol support, which permits each Event Hub to handle up to 1 million publishers with 1 GB/sec ingress and manage 60+ terabytes of data a day. “If your device platform is not currently supported,” added Kommalapti, “you can use a field gateway and event-to-protocol adapter to translate that device’s data to the Event Hub.”

With this much data going into the cloud, security is an obvious concern. Kommalapati said this is why Microsoft is developing the Azure IoT Suite which can support the connection of millions of devices, handle their telemetry, and provide command and control, device registry and identification. He added that the Azure IoT Suite will also support MQTT (Message Queue Telemetry Transport), which happens to be one of Andy Robinson’s preferred methods of using Wonderware’s System Platform in IoT applications.

In his session, addressing the use of Wonderware System Platform in Internet of Things (IoT) applications, Robinson explained that he likes MQTT because of its light data use (headers are only 7 bytes), use of TLS and lack of an incoming connection to client for security, its three levels of quality of service, plus the fact that it is an accepted OASIS standard. In his session he also pointed out that MQTT, compared to HTTP, is 93x faster, uses 12x less battery power to send data, uses 171x less battery power to receive data, and uses 8x less network overhead.

Moving beyond the initial IoT implementation stage of device connectivity, Kommalapati touched on how Microsoft’s Azure Stream Analytics, HD Insight and Machine Learning leverage Hadoop for storing and analyzing data across hundreds or even thousands of nodes. For presentation of these systems’ data and business connectivity to it, he highlighted the role of Microsoft Dynamics and BizTalk services.

Considering the example being set by Wonderware and Microsoft around their ongoing IoT-related advances, manufacturers looking to employ IoT solutions to improve their operations will find the necessary tools are now available and becoming easier to use. 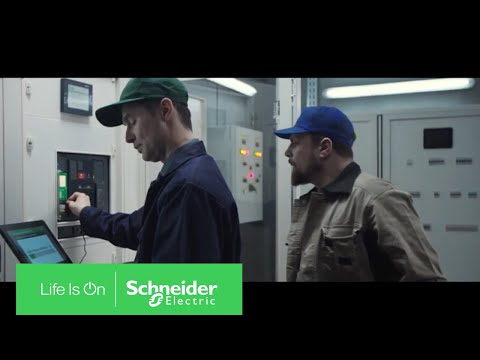 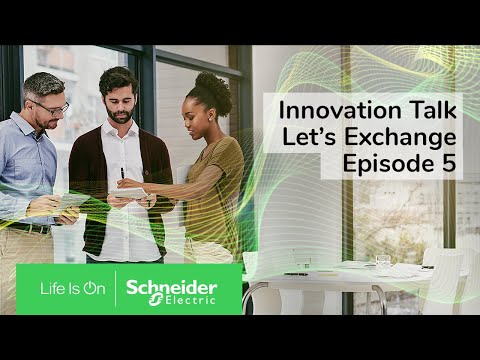 Smart Buildings: How Can You Differentiate by Design to Win More Business? | Schneider Electric 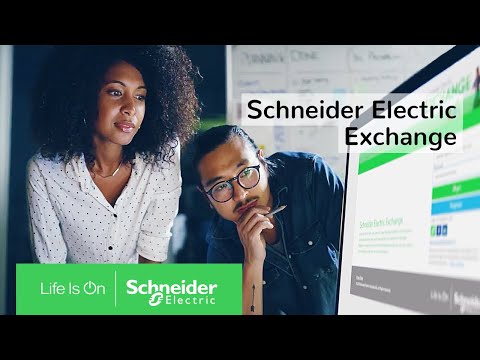 As the automation landscape moves into digital transformation, it's important to realize the role of MES and MOM software in creating the smart factory of the future.
Jan 27th, 2020

Trends to Watch in 2020 and Beyond

Understanding how the ‘black channel principle’ ensures safety-related messages get from their source to their destination and IO-Link’s role in simplifying the sensor-to-cloud connection.
Michael Bowne
Nov 1st, 2019

A look at a simple installation of IoT in a pharmaceutical production environment to help with energy conservation efforts, provide predictive analytics for machine and manufacturing processes, and enable the achievement of ISO 50001 targets.
Craig Correia
Nov 1st, 2019

In this second part of Epicor’s perspective on manufacturing’s digital transformation, we look at what today’s workers want and how you can keep them happy—and your business thriving—with the help of technology.
Epicor
Nov 1st, 2019

Noting a shift in its approach to incorporate data communication related software, Harting also announces the formation of a network of companies committed to advancing the development and application of single pair Ethernet technology.
David Greenfield
Dec 4th, 2019
More in IIoT

How Business Process Modeling can Prepare you for Digital Transformation

Planning to move your organization into a more digital environment can often be complex, but it’s happening whether you like it or not. Business process modeling can help you plan your digital transformation and ease into the digital space.
Rafael Amaral
Dec 2nd, 2019

Bosch Rexroth and Siemens Collaborate with Qualcomm on 5G

With 5G in the early stages of deployment across the globe, Europe looks to lead the way in proving the network’s benefit for manufacturing applications.
David Greenfield
Nov 27th, 2019

The Drive as a Sensor

In any automation project, there are multiple tasks that need to be handled all at the same time. An Umbrella System Integrator can help an organization consolidate these issues and ultimately help manufacturers reach their productivity goals.
Nov 18th, 2019

A potential revolution could be coming to the world of wearables with the introduction of a technology that enables the control of devices via thought.
David Greenfield
Nov 21st, 2019

Announced this week at Automation Fair, the partnership with Accenture’s Industry X.0 will focus on bringing expertise together to help industrial clients transform their connected operations.
Aaron Hand
Nov 20th, 2019

The Role of MES in an IIoT World

As the Industrial Internet of Things continues to gain momentum in manufacturing, many wonder about the future of manufacturing execution systems and their relation to digitalization initiatives.
James R. Koelsch
Nov 15th, 2019

In this episode, we connect with Shishir Rege of Balluff to learn about the IO-Link device communication technology and whether or not it is difficult to integrate into existing operations.
Nov 14th, 2019

MES is Dead, IIOT has arrived.

If your company is struggling to choose between an MES or IIoT solution, you won’t find the right answers until you begin asking the right questions.
Nov 8th, 2019

Are DataOps the Missing Link to Industry 4.0?

In digital industries where data is the lifeblood of decision-making, the ability to contextualize data for use by multiple systems is critical. That’s where DataOps software comes in.
David Greenfield
Nov 7th, 2019