An example of the accelerated design process employed for many of the specialized machine projects at AMT. Source: EPlan

In most case studies of automation technology application, the story typically revolves around the selection of a new technology to solve a production or cost issue. But as supply chains grow increasingly connected through use of specific technologies, it has become more common for manufacturers to switch technologies at the request of a customer.

Advanced Machine & Tool Corporation (AMT) of Fort Wayne, Ind., recently experienced this in its switch to EPlan CAD software. AMT specializes in the building of coiling and winding equipment and other machines used in the production of electric motors, generators, alternators and other devices for the automotive and other industries. The engineering phase of fulfilling an order at AMT can range from as little as three days to as much as 60 weeks for the most elaborate projects. Typical orders involve a customer wanting a single machine to produce a new motor or to augment or streamline current production.

The company was satisfied with its legacy CAD software, but then a major auto industry customer stipulated that it wanted EPlan electrical drawings for the machines it orders from AMT. This customer required AMT to make the switch to expedite the production of documentation and improve documentation accuracy between the companies’ systems.

Though AMT made the switch at the behest of a customer convinced of the new software’s superiority to AMT’s legacy application, AMT still took a conservative approach to implementing EPlan. Projects were benchmarked to verify productivity gains and, as a result, more and more AMT projects were done in Eplan. “Now we are at a point where regardless of what is being released, we do it in EPlan,” says AMT electrical engineer Mark Lohrman. “Switching to EPlan has made it possible to generate accurate and well-structured documentation faster than previously possible.”

Explaining the advantages AMT found with EPlan, Lorhman says that an assignment that would have taken two weeks working in AMT’s legacy CAD system, AMT was able to shave about 23-28 work hours from four areas using EPlan:
• Device tagging and wire numbering used to be a manual task with the legacy system. Now it has been automated along with the generation of the actual device tags, wire numbers and terminal tags. AMT engineers use the internal functionality of EPlan to set up the printers by transmitting an Excel spreadsheet with all the data, saving 4-5 hours. “Automatic numbering is a big thing for us,” says Lohrman. “I can go to the parts list and pick out a part. If there is a macro associated with it, I am set.”
• Error-free terminal diagrams and BOMs are automatically generated saving five hours of time.
• Standard circuitry is archived and re-used from project to project saving 8-12 hours. Lohrman says the benefits of archiving and re-using standard content are growing with the amount of items stored as EPlan macros now include more than 300 processes and over 500 components.
• Fluid schematics have been integrated into the overall project, eliminating errors with device naming and missed components, saving six hours.

“Drawings are archived and can be easily found,” says Lohrman. “I can bring up a complete set of drawings in just a few minutes. I don’t have to go back into paper files. While the vast majority of our machines are custom, there are a few we repeat with minor adjustments. With Eplan, we can pull up the drawings, make minor adjustments quickly, and spit out a set of plans for it.”

AMT engineers also use another source of parts data: EPlan Data Portal. They use it to download component data sets including Allen-Bradley and Wago. Lohrman says, “Data Portal is a major time saver because we don’t have to go through all the pages of documentation to find measurements. If I want a new part, I always go to Data Portal first.”

Moving beyond its initial use with EPlan, AMT says it is likely to adopt closer integration of electrical and fluid design as more engineers are trained in EPlan Fluid. Using this application, the two disciplines can work side by side to accelerate projects and optimize outcomes. Other future steps might include adopting EEC One–the new EPlan Engineering Center One—to begin designing machines mechatronically in functional units.

Videos from EplanView all videos 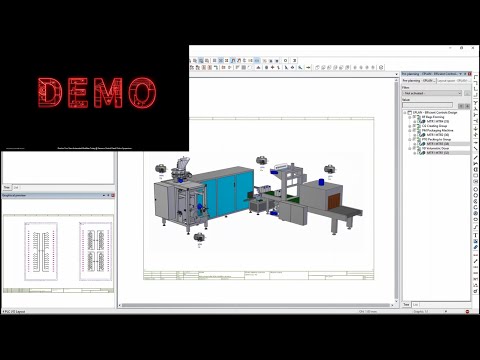 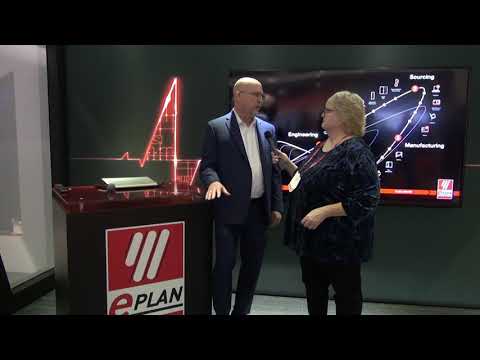 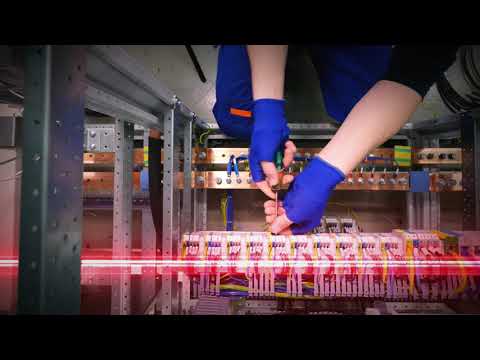 The Benefit of Baseline Training for Automation

As teams grow, it’s important to make sure that everyone—from senior employees to new hires—are all on the same page. Providing baseline training can help ease confusion form other departments and ensure everyone has the same starting point.
Dan Krohnemann
Jan 20th, 2020

Seeing the writing on the wall as Mondelēz and other global companies became collateral damage in ransomware attacks, Kellogg set out to create a cybersecurity strategy that would keep it out of the headlines.
Aaron Hand
Jan 9th, 2020

Women in the Workforce - Fixing the Broken Rung

A five-year McKinsey study reveals a focus on culture, diversity, and even automation, as ways to help advance women’s careers across all industries, including manufacturing.
Stephanie Neil
Jan 2nd, 2020

The End of the Road for Spreadsheets?

Long the preferred tool for data analysis in industry, spreadsheets are not up to the task of handling the massive amounts of data created by Industry 4.0 projects. Here’s a look at three analytics trends to watch to move past your reliance on spreadsheet
David Greenfield
Jan 2nd, 2020

Coverage of Frito-Lay’s application of machine learning is Automation World’s most visited article of the year.
David Greenfield
Dec 30th, 2019

Most OEMs aren’t embracing the idea of creating a digital twin for the machine, but the benefits—including design flexibility, faster time-to-market, and virtual training—deserve a second look.
Stephanie Neil
Dec 17th, 2019

As industrial applications of additive manufacturing become more prevalent, the oil and gas industry looks to the technology to speed up prototyping and the manufacturing of spare parts.
Luis Rodriguez
Dec 24th, 2019

How Can a System Integrator Support Environmental Sustainability?

Sustainability is on the mind of many companies, but are they using one of their most valuable assets? A system integrator can possibly be the missing link to making your organization green.
Elisa Costa
Dec 23rd, 2019

Coverage of Shell’s use of head-mounted displays to provide remote assistance to field workers is one of Automation World’s top 5 articles of the year.
David Greenfield
Dec 23rd, 2019