Automating the Preparation of Syringes and IV Bags

South Carolina-based Greenville Health System (GHS) (Greenville Health System, https://www.ghs.org) and its five locations offer more than 1,200 hospital beds, providing patients with everything from acute to long-term care in pediatrics, oncology and more. This patient volume, along with cost-containment pressures, encouraged GHS to be part of the trend of hospitals moving away from manual preparation of IV products and syringes. So GHS built a 3,500 sq. ft. compounding pharmacy to produce medicines for use in all its hospitals, and installed two new RIVA systems from Intelligent Hospital Systems (Intelligent Hospital Systems, http://www.intelligenthospitals.com).

The automated system eliminates more than 30 steps in the manual compounding process. A RIVA system is primarily one cleanroom cell with two distinct air control environments, the compounding side and the inventory area. The pass-through compartment is also a controlled air segment, where materials are loaded and unloaded. The system includes robotics, motion control, clean airflow control, and numerous measuring and product identification verification steps to create safe and reliable IV doses.

Thom Doherty, chief technology officer of IH Systems and one of RIVA’s creators, says, “My background is in aerospace, along with the other four designers of this system. Our joke was that IV automation is like rocket science, but hard. For example, one of our customers identified 42 separate steps that you need to make a single syringe.”

Within different areas of the cell, RIVA has several major components that work both together and separately to fill IV bags and syringes. Two carousels are used to hold inventory racks. Each carousel contains spaces for 12 inventory racks, with 24 in total. Racks within the carousels hold inventory and consumable items required for admixture preparation.

The challenge is pulling and pushing air within the cell without causing disturbance to the high-efficiency particulate air (HEPA) filtered air, which needs to be unidirectional during sterile product preparations. Managing airflow reduces the risk of contamination from airborne particles.

Each segment of the system is fed air from HEPA fan filter units located in the ceiling of each area. “The air handling system has a number of fans with data control and variable-frequency drive systems to control the speed of the motors and provide feedback,” Doherty says. “So we have clean air coming into the compounding chamber and, at the bottom of the chamber, we have an exhaust system that pulls air away. These are digitally controlled fans that we monitor so we can control the speed and monitor pressures, allowing for balancing in the chambers.”

The overall system leverages a star-configuration control architecture that talks to the other subsystems, such as the robotic controller, air handling system and overall function sequencing within the cell. Industrial PC control technology, including an AIM-780 motherboard using the Microsoft Windows 7 operating system, comes from Advantech (Advantech, http://www.advantech.com).

A Mitsubishi (Mitsubishi Electric, http://www.mitsubishielectric.com) Q-series PLC with a Q02H CPU runs the motion control for the entire cell, excluding the robotic movements, says Doherty. It implements sequencing for the multiple steps in the inventory section, such as selecting the right ingredients, and then in the compounding cell.

“We need coordinated motion and rely on the PLC for that,” says Doherty. An example is for fluid transfers, when a vial is disengaged from a syringe’s needle at the same time as a plunger moves into the syringe. The PLC supports digital/ analog data monitoring modules, Ethernet, DeviceNet and motor controllers.

The RIVA system handles a variety of IV preparation processes, and throughput varies depending on drug formulation. Some of the drugs are in powder form and need reconstitution, and syringes range in sizes of 1-60 mL. Also, there are various bag sizes. “We produce about 60 doses an hour at the lower end, but more complex operations might result in 12-15 doses an hour,” adds Doherty.

The robotic workhorse
The six-axis Staubli Tx60L robotic arm is the workhorse of the system and sits in the middle of the compounding chamber. The robot’s dedicated controller executes the arm’s movements, and it receives sequencing commands from the master PC controller.

The robotic arm moves inventory and consumable items around the compounding cell to the appropriate station or subsystem throughout the compounding process. The grippers on the arm also measure the diameter of vials and syringes to ensure the operator loaded the proper inventory or consumable item in the correct position. The machine can work with a variety of syringes and vial types, and the system’s pulsed UV light system disinfects vial stoppers and bag ports.

The robotic controller provides blended motion profiles to improve on efficiency, says Doherty. “We have a robot that has six axes and you could move from point A, back to point B and then move over to point C in a kind of very linear motion. We actually implement blended motion so we can kind of go through points and near points in a more efficient way,” he explains.

During this orchestrated robotic dance, the system relies on many measurement and identification stations to ensure the correct vials are used in compounding. The vision system from Cognex (Cognex, http://www.cognex.com) includes an 8511 Series Analog Monochrome FrameGrabber and Cognex’s VisionPro software.

Due to the importance of safety for the RIVA system, designers also included an NE1A-SCUP01 programmable safety controller from Omron (Omron Global, http://www.omron.com) with its three DST1 series distributed safety terminal nodes. With fast moving parts, motion needs to halt if a door is opened prematurely to prevent injury to an operator, says Doherty.

In addition, the RIVA systems give GHS the benefit of producing products in advance, with longer shelf life. “Let’s say we need to add 1 gram of a drug to an IV bag. We do that all the time,” explains Capps. “We aseptically reconstitute the drug, inject it into the bag, and it’s ready to go. But without RIVA, we can only give it a couple of days dating because it’s for immediate use by a patient. If they don’t use it quickly, we discard the preparation. Using the RIVA systems, we can do the compounding automatically and it will be usable for a month. We can make it and it will be there when it’s needed.”

Drug shortage issues can cause a significant problem for hospital pharmacies, and Capps says GHS can accommodate a shortage much faster with the automated systems. “It gives us more control—which will also help somewhat in cost containment.” 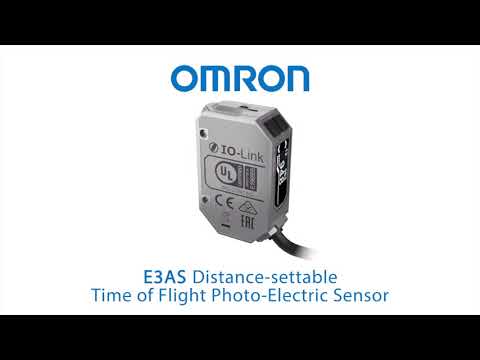 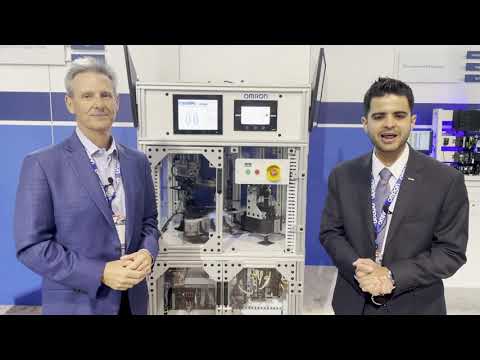 Learn the difference between conformance and compliance, how to evaluate varying cybersecurity certifications, and what you need to know to develop an effective cybersecurity program for your company.
Eric C. Cosman
Oct 21st, 2021

How to Connect Legacy Equipment for Data Acquisition and Analysis?

In this episode of the Automation World Gets Your Questions Answered' podcast series, we connect with Luke Stephenson of Enterprise Automation to understand the best methods for connecting older devices and machines for data analysis.
David Greenfield
Oct 19th, 2021

Five tips on how to handle site visit extensions and make the best of managing the unknown.
Gabrielle Hewitt
Oct 18th, 2021