Nomacorc, a manufacturer of synthetic corks for wine bottles, and a long-time Wonderware user, sought to upgrade its production systems beyond for operator behavior modification and continuous improvement. 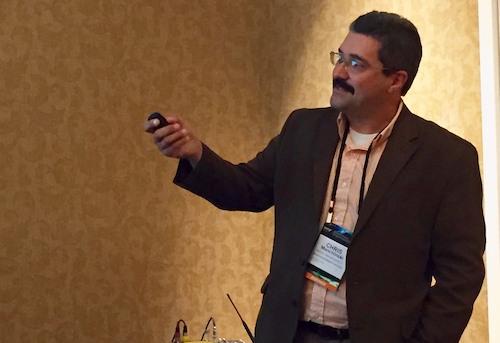 Manufacturing execution systems (known by the acronyms MES and MOM—for manufacturing operations management) are among the fastest growing technologies in industry today, according to ARC Advisory Group. The reason for such high levels of interest in these technologies lies in the value they provide in terms of creating a real-time operations infrastructure for better operations visibility, productivity and throughput, quality management, and real-time asset utilization—all of which can lead to additional profits for the companies that use them. In addition, ARC reports that users claim the return on investment of MES/MOM solutions is often achieved within six to nine months.

So what happens when you already have such systems in place but know there is room for improvement in your operations? That’s the scenario Chris Monchinski of Automated Control Concepts described during his presentation at the Wonderware 2015 Conference. He explained that Nomacorc—the leading producer of synthetic wine bottle corks—was already a savvy Wonderware user when Automated Control Concepts was contacted to help them extend their current systems beyond production monitoring. “They wanted more than monitoring,” Monchinski said. “They wanted to modify operator behavior and drive continuous performance. They needed data to maintain accuracy and uptime. But they also wanted the system to be modular to simplify maintenance.”

Nomacorc was already using Wonderware System Platform, MES and QI analyst to monitor its production operations, which produce more than 7 million synthetic corks a day. Nomacorc’s products are constructed by combining two layers of extrusion on top of each other to create a breathable synthetic cork for wine bottles. The company’s product has been a boon to the wine industry because cork is an organic product that can be contaminated and/or react adversely with wine. Prior to the introduction of synthetic corks, it’s estimated that 10-15 percent of all wines were contaminated with cork taint.

Monchinski explained that Nomacorc operations are make-to-order, “so they track production performance and quality closely. The company’s goals for its next-generation production system included having: a repository for process, alarm and OEE (overall equipment effectiveness) data; a common format for all HMI systems with support for multiple languages (as the company has plants in different countries); a common underlying framework to support common communication to all PLCs and HMIs, allowing for these systems to send data to business systems; and new alarming communications.

To deliver on these goals, Monchinski said the project started by using Wondware System Platform’s Base Template Library to replace the custom bind scripting approach to data objects in the production systems. A data concentrator approach was used to develop UDTs for data transfers that would match Nomacorc’s standard object footprints. This was key to connecting Nomacorc’s blender system, which uses proprietary Modbus/TCP and, therefore, has only one data connection port.

Other key development steps in the project included:

As a result of these upgrades, Nomacorc operators can now:

In addition, Nomacorc’s Qlikview app is able to co-exist with the new system and now includes ERP, MES and process data. This is “a source of truth for Nomacorc,” said Monchinski, “because it allows them to break down data by reason code and test and verify the data. They can even add comments into it now.”