While Siemens’ next-generation DCS was in development, the company enlisted the help of its Solution Partner to be a pilot user of the new control software.

About a year ago, Karen Pigler caught wind of news that Siemens was working on a new process control system and, as a Siemens Certified Solution Partner, she immediately wondered what that meant for her company Pigler Automation.

The next-generation distributed control system (DCS) that is under development—and was announced to the U.S. market during the Siemens Automation Summit in June—is a web-based collaboration platform that unites global engineering and operations teams within a single workbench. Dubbed SIMATIC PCS neo (“neo” is the Latin term for “new”), the DCS marks a significant evolution of the Siemens process control strategy. 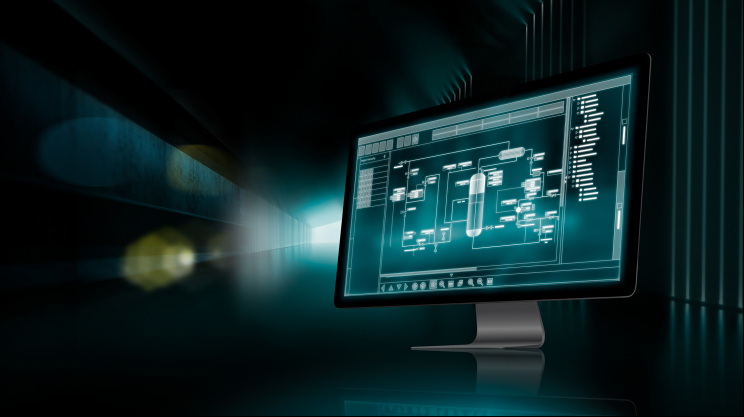 “SIMATIC PCS neo is our biggest innovation in the process control market in the past two decades,” said Raj Batra, president of Siemens’ Digital Industries USA.

Using the HTML5 environment, the web-based set-up is a zero-installation client, meaning the DCS software for engineering or for monitoring and control is installed on a server that can support multiple engineers and operators. Those who use SIMATIC PCS neo on a workstation only need a web browser. No additional software is required to run locally, and all information can be accessed at any time and from any location via a graphical user interface (GUI) and a secure connection, allowing multiple users to work in parallel.

Understanding the significance of the new platform, Pigler wanted to know how the architecture would impact engineering processes. She also wanted to understand the training required to get her engineers up to speed, as well as how SIMATIC PCS neo would affect end users.

“We wanted answers for all of these questions, so we approached Siemens and they allowed us to become a pilot user,” Pigler said.

Late last year, Pigler’s team began training on SIMATIC PCS neo and the pilot project, which was a small OEM application of a separation unit, kicked off in early 2019. The goal of the pilot was to learn about the new system and to provide feedback before the product was released to the market. Another goal was to test the usability from an engineering standpoint.

Siemens started by sharing training videos with Pigler Automation and assigned two Siemens engineers, Doug Ortiz and Matthias Schindler, to help guide the team. The SIMATIC PCS neo project had a single AS410 CPU, ET200M I/O modules, Modbus serial interface and a single station with software for both engineering and monitoring and control (M&C).

The setup of the project consisted of an Engineering Server with Monitoring & Control capability, as well as another Monitoring & Control Server. They simulated the hardware and plant process with Siemens’ SIMIT Simulation Platform, leveraging a Virtual Controller. A Google Chrome HTML5 browser was used for the zero-installation clients and all of the installation and administration in the pilot was handled by Siemens. Two restrictions that Pigler encountered in the pre-released version included the inability to upload/download files (Siemens had to handle that) and, unfortunately, they were restricted to a single monitor. According to Siemens, these restrictions were only related to the Pilot environment and are not limitations of SIMATIC PCS neo.

“We recommend you set up with multiple monitors right from the start. Lesson learned for the user community, have at least two monitors and make them 27 inches or bigger,” she said.

There is a lot of functionality that was already in SIMATIC PCS 7, she said. And, the hardware was not an issue, all I/O modules and the AS410 from PCS 7 is available in SIMATIC PCS neo. Every function block in Advanced Process Library (APL) works the same way in SIMATIC PCS neo, so no problem there. And all Control Module Types (CMTs) could be rebuilt. It is the new multi-user concept that was the biggest advantage, she said noting it works so much better than PCS 7.

One example of a benefit of SIMATIC PCS neo is the ability to easily see who changed something and what was changed. If two engineers are working on a project at the same time and the first engineer makes a change, an indication is provided in the engineering environment of the second engineer to let them know which object is being worked on by another user. When the first engineer has completed his work and publishes it, it immediately becomes available for all other engineers to see or use. “We feel version tracking and the undo/redo feature is tremendous. When you publish changes you automatically get a time stamp, user information for for your session, and a box where you can describe what you did.”

There were some things that were not quite ready in the pre-released version of SIMATIC PCS neo, however Pigler said, noting that there was no way to write custom function blocks in the version she tested. She also noted the HMI engineering was a lot different than what she was used to with WinCC. “Not all of the features that we are used to in WinCC were available in the pre-release, so we are hoping for further development in that area.”

Some functionality was just different from PCS 7, which is fine, as it is a DCS that will take companies into the future, Pigler said. For example, because of this new kind of thinking, the folder name will always be the tag name. “Once everything was imported we saw that all the chart names were the same. At first it was an issue but that’s when we learned about the spreadsheet tool that could build a query and rename it.”

Another thing that is different is the object orientation of the process objects, which are taken further than with PCS 7, so you need to know where to find the required properties like message texts. There are also enhancements with the alarming which includes the ability to see the limit that triggered the alarm and you can see the current process value. “These are the benefits of having one big database behind it,” Pigler said.

During the Siemens Automation Summit, Pigler took a deep dive into the entire engineering project that the team went through, but to sum it up, she noted there were many enhancements in SIMATIC PCS neo that will help reduce the time between the start-up of a project and the end.

And her original question about training efforts was answered. “If you know PCS 7 and APL you are good. And if you’ve seen TIA Portal and SIMIT before, that will be helpful. In addition, APL is exactly the same. But SIMATIC PCS neo relies heavily on the CMT concept, so if you are not using it yet, you should consider it."