Controlling wind tunnel test facilities is no small task. Fieldbus Foundation and Profibus team up to show that sometimes two networks are better than one.

One of the most important design decisions in any automation project is selection of the right digital networks. This decision not only affects cost, performance and operation—but can also influence the selection of other key automation components.

Jacobs Technology (www.jacobs.com), an engineering company based in Tullahoma, Tenn., worked with a major German automotive firm and helped them select the right digital networks for a new wind tunnel automation project. In this case, the right networks for the project turned out to be two of the world’s leading digital communication technologies: Profibus DP and Foundation Fieldbus. Although these networks are often seen as competitors, in this case they worked together to deliver the best solution for the client and the project.

The wind tunnel was built to test the aerodynamic performance of cars and trucks in conditions closely simulating real-world driving. It consists of two main areas, one for testing scale models and the second for testing full-size production vehicles. A fan powered by a 1,000 hp motor that’s controlled by a variable speed drive generates airflow in the scale model test area. Much more airflow is needed in the other test area: it required a 20,000 hp motor and associated variable speed drive.

High speed, reliable performance
In a wind tunnel, precise control of airflow is critical. The two most important sets of components for ensuring correct airflow for this project are the three variable speed fan motor drives, and the four instruments that measure airflow. Not coincidentally, digital network decisions for this project were driven by the communication requirements of these two sets of components.

In the case of the motor drives, Jacob engineers found that the best network for communication between the Siemens Industry programmable logic controller (PLC) and drives was Profibus DP (www.profibus.com). Both the PLC and the drives featured built-in Profibus DP communications, so no gateways were required to convert one communications protocol to another. Although gateways are widely available for converting Profibus DP to other protocols, they always add cost and complexity, and often degrade performance.

In addition, the PLC featured Profibus DP as the standard communication protocol for its inputs/outputs (I/O), allowing Jacobs to standardize on one network for all remote I/O communications.

Profibus DP is optimized for communicating relatively small amounts of information at very high speeds, making it optimal for the discrete automation applications. Data packets are 244 bytes—small compared to Ethernet, but more than sufficient for control and monitoring of most discrete components. Depending on distance, these data packets travel at speeds up to 1.5 Mbits/second—again, more than sufficient for real-time control of discrete components in most applications.

Profibus DP communications among the PLC, the remote I/O and the motor drives conferred benefits common to digital networks in many discrete automation applications. For example, wiring was greatly simplified, particularly between the motor drives and the PLC; instead of running multiple wires and cables between each drive and the PLC, installers ran one Profibus DP cable. Furthermore, all of the drives as well as the remote I/O were connected in a daisy chain, further simplifying wiring and cutting costs.

Once installed, Profibus DP provided extensive diagnostic information from each drive to the PLC. This expedited startup, and will provide for much easier maintenance.

Despite all these benefits, Profibus DP wasn’t capable of communicating with the selected airflow measurement instruments for this project. That’s what required the implementation of a second digital network technology.

Precise measurement
Wind tunnel airflow measurements must be precise over a very wide range so that airflow can simulate real-world driving conditions. However, most instruments capable of the required airflow measurement performance are designed for use in laboratories. As such, they don’t have the ruggedness, reliability and connectivity required for industrial control applications. Lab-grade instruments can also be unstable, require extensive warm up time, and are very expensive (about $15,000 each for this application).

After much investigation, Jacobs engineers determined that the only instruments that would work to measure airflow in this application were Emerson Process Management’s Rosemount 3051S Ultra for Flow (UFF) differential pressure flowmeters. Conventional orifice-based DP flowmeters maintain accuracy over a narrow 3:1 operating window, while the UFF meters support up to 14:1 flow turndown with better than 0.5 percent of reading accuracy.

Performance with the UFF meters is specified as a percent of reading instead of the traditional percent of span. This method of specification eliminates the performance degradation inherent in the nonlinear relationship between flow and differential pressure (DP). Because a 10:1 flow turndown results in a 100:1 DP turndown, a conventional DP transmitter specified as 0.075 percent of span will only be 7.5 percent accurate over the entire flow range.

Although the UFF meters don’t have a Profibus DP connection option, they do have a 4-20ma output along with Fieldbus Foundation (FF, www.fieldbus.org) connectivity.  Both were used on this project.

The fast acting 4-20ma output is linked to the PLC via a 4-20ma/DP coupler, and the coupler’s output is used as the measured variable in our fan air flow control loops. Each control loop compares the UFF output to the setpoint and adjusts the fan speed accordingly via the corresponding motor’s variable speed drive.

The UFF meters, the temperature transmitters, the control valves and a chilled water flow meter are connected to an Ethernet switch through a FF-Ethernet fieldbus interface module. Once converted to Ethernet and connected to the switch, communications are enabled with a number of PCs used for operator interface.

Two networks, one solution
Using two industrial networks in one system presented some challenges, but implementation was made easier by exemplary cooperation from all the suppliers, even those traditionally seen as competitors.

Siemens Industry (www.usa.siemens.com) provided the PLC, the I/O and the associated operator interface stations. They also provided the variable speed motor drives and other automation system components. The Rosemount division of Emerson Process Management (www.emersonprocess.com) provided most of the measurement instruments, most importantly the UFF meters, as well as the asset management system.

Historically, Siemens has been one of the main supporters of Profibus, contributing to widespread use this network worldwide and particularly in Europe. The Profibus organization claims that “Profibus is the world’s most successful fieldbus, with more than 31 million devices installed by the end of 2009.” Profibus International actually supports a number of industrial networks, including Profibus DP, Profibus PA and Profinet.

In North America, Emerson Process Management has long promoted and supported Foundation Fieldbus. The Fieldbus Foundation which administers that network claims that “Foundation technology is the world’s leading digital protocol for process automation.”

Although not implemented in this manner on this project, Siemens also supports FF and Profibus PA through protocol conversion linking devices. These linking devices convert the respective protocols to Profibus DP, allowing direct connection to Siemens’ PLCs, which use Profibus DP as their backbone communications protocol. Because Profibus and FF are open protocols, Siemens was able to easily design and provide an FF-to-Profibus DP protocol conversion device.

Similarly, Emerson provides a host of devices to incorporate the different variants of Profibus into its automation platforms. This allows the end user to pick the best networks for their particular project, confident in the knowledge that the selected networks will work with their automation platform of choice. 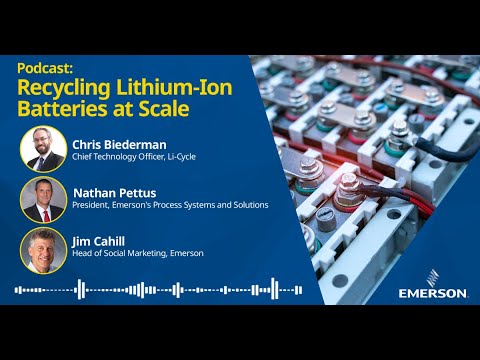 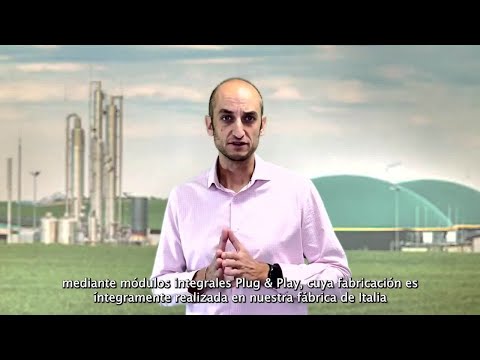