Making a Case for Energy Management

The eSight Energy Summit was held at the Chicago History Museum.

I attended eSight Energy's 4th annual summit at the Chicago History Museum on Tues., Aug. 14, and the event featured a number of its energy partners, including Opto 22 (www.opto22.com) and Tridium (www.tridium.com). eSight Energy Group (www.esightenergy.com) provides energy management software via Software-as-a-Service (SaaS) and traditional software licensing for both commercial buildings and factories. The company's value proposition is advanced visualization of energy consumption by way of data feeds from a facility's (or facilities) platform.

The event was well attended with facility managers and integrators in the audience, with an agenda of presentations on the future of building and facility managment and breakout sessions in the afternoon.

Jeff Keagley, business development manager, Tridium (eSight Energy partner), said,"The smart grid is not living up to its promise." His vision of the smart grid includes:

· Keagley added that he sees a lot of "run it until it fails" examples with buidling managers, and, at that point, equipment is hugely inefficient and more costly.

· He also pointed out the consumer platform model of "buying one of everything—iPads, droid phones, etc—is not the way to go for building automation. His vision includes "mulitple devices that can feed into one platform to run a plant or building." To that point, Tridium's Niagra Framework feeds eSight Energy's software program and recent speed advances for data transfer were recognized at the event.

Also, Steve Norman, managing director, eSight Energy, gave an overview of recent changes to the service pack and the announcement of a new release of the energy management software in the fall.

Facility Coverage
Automation World magazine has been following energy management for years in the industrial and factory setting, but now we are expanding our coverage to look at building automation, too. At the eSight Energy summit, I sensed the "buy-in" of energy management by commercial building owners. They're sold on it. Energy management on the building side, generally speaking, is easier to understand with venerable HVAC systems and its components. Also, Leadership in Energy and Envirbonmental Design (LEED) and EnergyStar programs have gained a considerable amount of traction in the building community.

On the industrial side, it's a sizable investment. First, you need to look at your equipment and processes to find what's driving energy costs at your plant. On a recent tour of the Orange County Water Facility in Orlando, Fla., an operations manager (our tour guide) mentioned that they don't have an energy management software system in place at this newer facility. He added, though, that they do recognize and schedule certain systems within the water facility to run in off-peak energy hours. Highly predictable events.

Manufacturing is transforming right now and more technology, such as demand and response programs, are also on the horizon. There are a lot of bleeding edges on the manufacturing front.

See below for case studies on energy management: 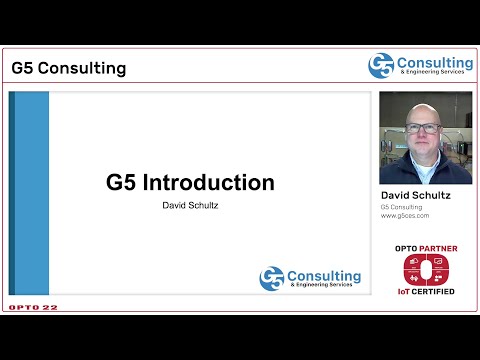 NAM and MI programs and research bring information into labor outreach efforts and retention of a diverse, quality workforce.
Melissa Griffen
May 13th, 2021

Why proactive control system maintenance covering I/O health and performance, HMI/SCADA, and controllers is critical to avoiding unplanned downtime and providing line of sight into issues that need to be addressed.
David Greenfield
May 9th, 2021

Whether it's the need to scale up or down, re-strategize production, or re-deploy employees, Industrial Internet of Things technology has been essential in making these transformations possible.
Luigi De Bernardini
May 3rd, 2021