While hazardous conditions are a fact of life in industrial plants, end users, safety organizations and automation suppliers are doing everything they can to ensure products are explosion-proof, processes are inherently safe, and plants remain accident-free.

On August 6, 2012, release of flammable vapor led to a fire at the Chevron Refinery in Richmond, Calif. The U.S. Chemical Safety Board (CSB) investigation is ongoing.

On December 9, 2010, an explosion ripped through the A.L. Solutions titanium plant in New Cumberland, W.Va., fatally injuring three workers. The workers were processing titanium powder, which is a highly flammable dust, at the time of the explosion. The CSB’s investigation is ongoing.

On August 28, 2008, a powerful explosion killed two workers and injured eight others at the Bayer Crop Science Plant in Institute, W.V. The CSB investigation found that the accident resulted from a runaway chemical reaction inside a process vessel used to treat pesticide waste.

For most process plants, hazardous conditions are an every-day part of life. Yet thousands of plants around the world also enjoy safe operations for months and years at a time without experiencing an explosion, fire or fatality.  That’s because end users, safety organizations and automation suppliers are designing products and processes with safety in mind, and are continually learning from every incident.

Some form of protection is required to prevent the fires and explosions that could occur when a hazardous gas or powder combines with an energy source. Fortunately, a broad slate of standards exists and—if associated automation products are properly designed, installed and maintained—the risk of accidental explosion can be virtually eliminated.

Consider the relatively recent use of wireless devices in hazardous locations. Emerson Process Management blogger Jim Cahill (www.emersonprocessexperts.com) describes how, while attending a WirelessHART seminar a few years ago, a discussion broke out about the potential vulnerabilities and challenges of using wireless devices in classified areas. “One of the real challenges faced by manufacturers is how to make the antenna explosion-proof,” he said. “When you think about it, an antenna is really an extension of the circuit (a wire) outside the explosion proof enclosure and, hence, an electrical path across the explosion-proof boundary.”

Ted Schnaare, director of engineering for Emerson’s wireless team, responded that the key to answering this question is to understand the various types of explosion protection. “In the U.S., we use the term ‘explosion-proof’ to describe equipment enclosed in a rugged enclosure that is capable of withstanding an internal explosion and preventing the ignition of a specified atmosphere surrounding the enclosure,” he explained.

It is possible to design an antenna rugged enough to be a part of an explosion-proof enclosure, Schnaare said. “Antennas of this type are often fully potted or enclosed in thick polymer radomes with tight-fitting mechanical interfaces to the other parts of the enclosure, such as a threaded interface.” There are at least a few of these on the market, he added, included one from Emerson.

>> Vapor Clouds, Fires and Ongoing Learning: Click here for information on The Chemical Board, an independent federal agency that investigates industrial chemical accidents.

Intrinsic safety is another method used to safeguard the use of electrical equipment in a hazardous location. Schnaare said this term is used to describe a method of protection “based on the restriction of electrical energy within apparatus and of interconnecting wiring exposed to the potentially explosive atmosphere to a level below that which can cause ignition by either sparking or heating effects. Since no rugged, high-strength enclosure is required for intrinsic safety, most types of antennae—which are generally passive, non-energy-storing components—are suitable.”

Schnaare says each of these protection methods has some downside when it comes to installation practice. “Explosion-proof equipment must generally be installed using heavy metal conduit or extra rugged cable. Intrinsically safe equipment can generally be installed with standard ordinary-location-wiring practices, but an intrinsically safe (IS) barrier must be used to ensure that the electrical energy levels are maintained below safe levels. Both of these wiring practices can be costly, time consuming, and require special expertise,” he says.

“One of the great things about self-contained wireless equipment is in the wiring savings,” adds Schnaare. “This is doubly true in a hazardous location, which requires the specialized and costly wiring mentioned above. Most Emerson Smart Wireless devices are self-contained and intrinsically safe. This allows them to be installed in a hazardous location without the need for either heavy metal conduit or IS barriers,” he adds.

Protection categories
In a whitepaper entitled, “Installing Automation in Hazardous Areas” (http://bit.ly/AWwhitepaper22), automation vendor Advantech explains how protection systems are separated into three categories that the IEC defines as “energy limiting,” “containment” and “segregation.” While much of North America relies on the NEMA Class and Division system, most of the world uses the IEC classification system.

“This method of protection uses intrinsically safe systems, “ says Advantech. “IS systems are designed to operate with inherent safety for a particular area classification by limiting the current and voltage and, hence, the power. In the event of a short or arcing anywhere in the circuit, there will be insufficient energy to cause an explosion, and the equipment in the IS system can be worked on while electrically live.”

Intrinsic safety is a common protection concept applied to instruments, calibrators and other automation devices used in hazardous areas. Hazardous-location calibrators from Beamex (www.beamex.com) are intrinsically safe. They are also specifically certified for Ex ia IIC T4 hazards per the ATEX Directive, which consists of two European Union directives describing what equipment and work environment is allowed in an environment with an explosive atmosphere.

All manufacturers who apply ATEX Directive provisions can affix the related CE and Ex markings and then are able to sell their equipment anywhere within the European Union. Similarly, products for sale in North American need certification for conformance with NEMA Class and Division standards. Use of the markings usually involves testing and certification by a third-party certification body.

Underwriters Laboratories (UL), Northbrook, Ill., has a global network of 95 laboratory, testing and certification facilities. “UL has been evaluating products and writing safety certification reports for over 118 years.  Consequently, we own one of the largest repositories of product safety certification data in the world,” said Frank Ladonne, principal engineer for UL Motor Categories. UL’s new service, Motor DNA, provides electronic motor manufacturers with a streamlined process for motor product safety evaluations, including those for explosion-proof motors.

Third-party certification organizations also review and certify hazardous location product installations and processes. The Taiwan operation of Germany-based TÜV Rheinland was chosen to conduct the work needed to get 13 Formosa Plastics Group (FPG) petrochemical and power plants recertified for operation after a series of explosions and fires. The work was conducted between December 2011 and September 2012.

Before production could resume, the closed plants had to be assessed and recertified. TÜV Rheinland put together a team of more than 50 professionals from its global organization, as well as from local and international partners.

According to TÜV Rheinland’s H.C. Kao, who was directly involved with the project, the framework for the plant safety assessment was provided by the U.S. OSHA regulation 29 CFR 1910.119 Process Safety Management (PSM) guideline, because this safety specification had already been established in the plants. Accordingly, the tasks of TÜV Rheinland covered all 14 elements of PSM including process hazards analysis (PHA) and mechanical integrity (MI) inspection during operation and shutdown, which was based on risk-based inspection guidelines of the American Petroleum Institute (API).

The assessment process was divided into three phases: the preliminary audit of the PSM system, on-site verification of MI implementation and final compliance validation. During the assessment, TÜV Rheinland experts witnessed the on-stream and off-stream inspections for three months at each plant, said Kao. “In addition, they reviewed all inspection plans and verified the improvements and corrections to the system management of PSM and the implementation of equipment inspection,” he said.

The initial fires were not caused by the automation systems, said Kao, but by piping leaks and corrosion rupture on vessels. Therefore, TÜV Rheinland inspectors conducted the necessary document reviews and inspection related to API 510 / 570 / 653 / 580 / 571. The work was completed on schedule and more than 3,000 findings and recommendations were handed to FPG regarding the 13 plants.

“Based on these findings, the safety of pressure vessels, the piping, the safety control system and explosive-proof electrical equipment were improved to the acceptable level,” Kao said.

TÜV Rheinland has since been offering its safety assessment services to petrochemical plants. In the U.S., another good source of hazardous location education is the U.S. Chemical Safety Board. It advocates an Inherently Safer Design Process (ISDP) and an ISDP assessment that is an additional way to prevent accidents and reduce the severity of their consequences. It’s a continuous improvement approach that asks those in hazardous locations to look beyond products and processes to continually ask if there’s a better—safer, more holistic, more sustainable—way to achieve industrial goals.

As one CSB investigator says in a video on the topic, “inherently safer design is an approach, a way of thinking. Hazards are eliminated or reduced rather than controlled or managed…. It’s important to ask the inherent safety questions before we go to adding devices and developing safe work procedures.”

No doubt. But when it does come time to add devices to hazardous locations, look for those that are certified explosion-proof and intrinsically safe. 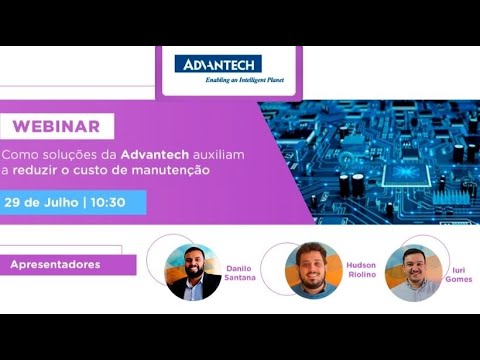 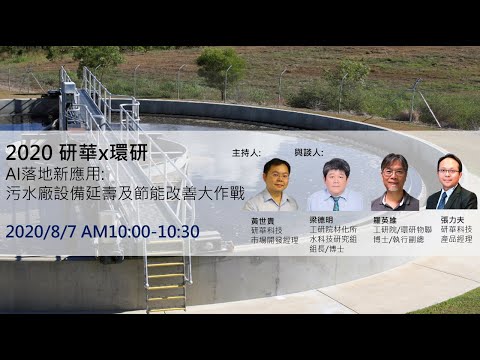 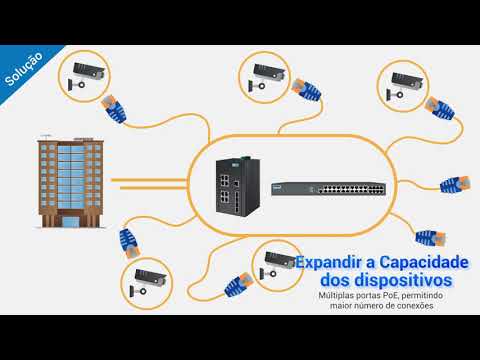 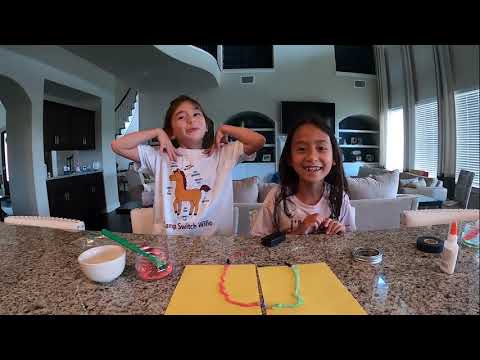 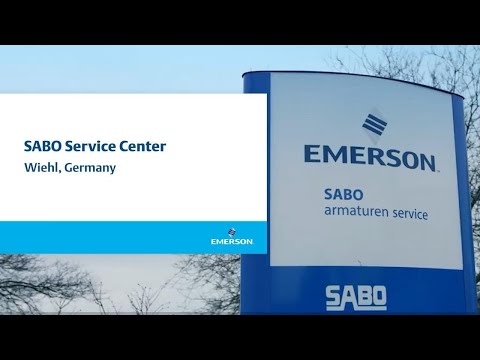 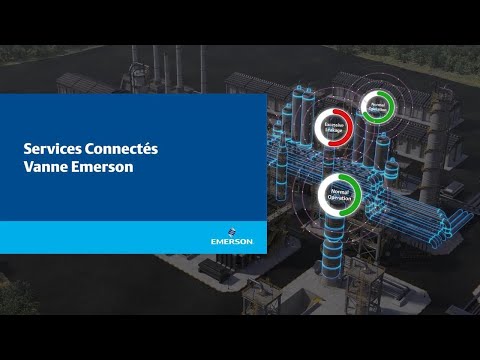 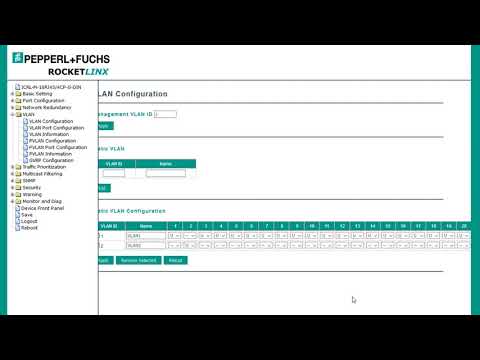 RocketLinx®—How to Create a VLAN Connection 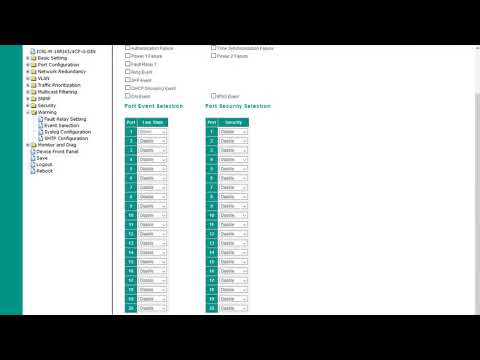 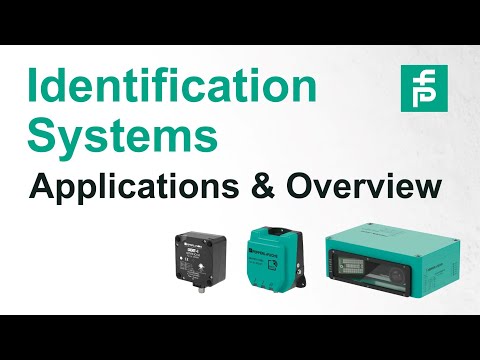 The FL500 from MSA designed for the protection of oil/gas refineries, chemical plants, fuel stations, and other sites managing large volumes of the gas.
MSA
Apr 24th, 2020
More in Control