Grant Gerke
May 8, 2017
The valve terminal platform resides entirely in the control cabinets and allows Boehringer Ingelheim to position it outside of the API reactor rooms.

Though some industries and companies lag in R&D, the pharmaceutical industry isn’t one of them. New R&D is a vital ingredient for company longevity in this industry, along with manufacturing innovation.

The production of active ingredients involves flammable solvents with reactors, centrifuges and dry cabinets. Though many different gases are used, nitrogen and argon play a large role at the research facility.

Before the new research center was built, the regulation of inert gases was a manual operation. Operators also manually adjusted regulating pneumatic valves and relied completely on a closed-loop control system. After meeting with Festo, Boehringer Ingelheim determined it wanted more automation and condition monitoring for this unique pharmaceutical ingredient application.

According to Boehringer Ingelheim, the company “wanted to have higher flexibility—due to many (quick) changeovers—and overall better monitoring of this process.” The research center produces many small batches for clinical studies, with reactors capable up to 1 cubic meter or 1,000 L.

Though it was paying for production flexibility, the pharma giant wasn’t overly concerned with a quick return on investment due to lower device costs, quick commissioning and better operational efficiencies, according to Festo.

The previous clinical production design included three pressure levels to regulate argon and nitrogen, each with its own piping network, control valves and flowmeters. The new setup now uses Festo’s VPPM proportional pressure regulators that integrate into an MPA valve terminal and connect to a CPX automation platform. While these regulators offer multi-sensor control via two pressure sensors, this open-loop control platform communicates with a Siemens PCS-7 plant system for set-point values.

The new design has two reactors per room, and one inert gas station connects to both. Each container has one valve for argon and two for nitrogen. The first pressure valve elicits a range of 0-2 bars and the second has a pressure range of 0-6 bars. For this new design, Boehringer Ingelheim removed the flow sensors from the piping at the reactor and moved them to the control cabinet. The sensors are now connected to a 15-bit analog input module on the CPX automation platform and provide continuous monitoring via pressure switch at the central pressure reducer.

In another production sequence for the APIs, proportional valves are used for the mechanical seals of the agitators—or mixers. This inert gas station includes a proportional valve, flowmeter and a micro filter. The extra costs incurred by an additional flowmeter are offset by better control and monitoring of the integrated automation platform.

“Boehringer Ingelheim has a few more monitoring possibilities now, with the automated gas supply for the gaskets for the mixer,” says Thomas Schulz, head of industry segment for biotech/pharma/cosmetics at Festo. “With the manual operation in the previous facility, operators could not follow all of the pressure in the bearing.”

The pressure for the mixing application needs to be a least 2 bars higher than the pressure in the vessel where the ingredients are mixed. With the older design, operators were regulating the pressure and flow toward the gasket according to the highest values needed during the whole process, according to Festo.

“Now, whenever there’s a pressure change in the vessel, the valve platform’s automation adjusts the pressure in the gasket to meet the right specification,” Schulz says. “In the past, once a year, operators would disassemble the bearing to check on its health.”

Now, operators can monitor how much nitrogen consumption is going to the gasket and avoid a bearing check on the gaskets for the mixer. The integration with the plant’s central control systems allows for a condition monitoring maintenance approach for the gaskets.

The design uses the Profinet protocol to communicate with the MPA valve terminal to the plant process control system via the CPX automation module and integrated bus node.

Another advantage with the valve terminal technology is the control cabinet. Boehringer Ingelheim moved the compact platform into the control cabinet in a technology corridor outside the reactor rooms or a non-atmospheric explosion (ATEX) area. The old plant design had the control valves, positioners and flowmeters in the ATEX zone.

Now, because of the integration of the mechanical seal in the inert gas station, eight proportional valves reside in the control cabinet.

This compact platform offering is just another example of global companies investing in low-cost automation for better operational efficiencies. For this pharmaceutical company, the R&D spirit can be found throughout the enterprise. 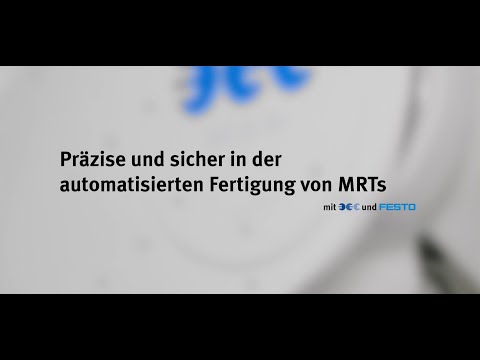 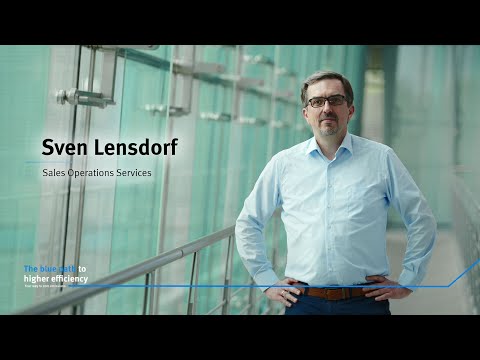 The blue path to higher efficiency with Sven Lensdorf 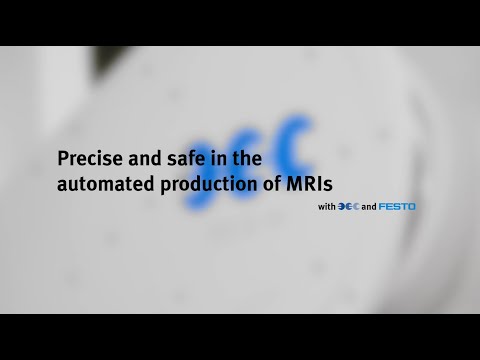