Keeping Load Peaks Down and Operational Reliability Up

Especially for gantry systems, rapidly accelerating heavy loads can shoot the electrical power demand of frequency drives through the roof. At the same time while braking, regenerative energy is being put back into the drive system. For Ilsemann Automation, the challenge was to make the most effective use of the braking energy and to not dissipate it in braking resistors.

Thin-walled plastic cups are widely used in the food industry. Given the millions of pieces involved, the demands on the injection molding technology are incredibly high in terms of productivity, efficiency and availability. These requirements also apply to the retrieval technology that removes the finished plastic cups from the injection molding system. For this task, Ilsemann Automation uses an XYZ gantry with multi-axis-coordinated servo drives. An MDP92A-series central supply unit from SEW‑EURODRIVE provides power to the gantry drives and other rotary, transfer, hinged and depositing axes in the DC link connection.

In a new development, the Bremen-based company integrates a double-layer capacitor for buffering the energy released in the power supply. The MOVI‑DPS-series storage unit from SEW‑EURODRIVE is placed between the supply unit and the seven MOVIDRIVE drive frequency inverters. This construction has three key advantages – operational reliability, energy efficiency and the limitation of peak loads.

Energy concept creates advantage
Ilsemann Automation is a global provider of handling systems for injection molding technology. Its systems are used on every continent. With the new power supply system it has developed in collaboration with SEW‑EURODRIVE, the company has gained a real competitive edge. The system's key unique selling point is its robustness in terms of voltage fluctuations. Thanks to the temporary storage, the systems can be used in countries with limited grid quality without any additional protective measures.

Compensating for supply fluctuations is so important because the retrieval system is at work in the immediate vicinity of the injection molding machines. In this, it must be ensured that the plastic cups are removed in exactly the correct time window to stack them on a conveyor belt. The limited time for this is linked to the production speed of the injection molding system. The retrieval must happen within a 0.7-second window. This speed can only be achieved with highly dynamic forward and backward movements. If supply fluctuations occured, the risk of a collision between the tool and the handling unit would increase because the required movement ramps can no longer be realized. "We must ensure that our system will not collide with the expensive injection molding tools, even if there is a power failure," says Gerhard Kropp, Design Manager for Electrical Engineering at Ilsemann Automation.

Storage helps equalize
The robot kinematics experts from Bremen, Germany therefore got together with SEW‑EURODRIVE in a joint engineering project to find a way of achieving greater supply reliability. The development goal led to indirect supply of the multi-axis system from an EMF plate capacitor. This feeds the DC link of all the drives via its storage buffer with the requisite level of reliability and safely equalizes any potential supply fluctuations all the way to complete failure. The capacity of the unit is sized in such a way that the handling unit can safely complete the work cycle that has begun before the gantry shuts itself down in a controlled fashion. This eliminates any potential collisions with the open injection molding tool.

In addition to increased operational reliability, the unit integrated into the DC link connection also offers further benefits such as the increased energy efficiency and the reduction of load peaks. Both of these factors are directly linked to the fact that the energy currents in the gantry are harmonized, and above all retained. Especially in highly dynamic gantries, accelerations and decelerations happen successively within a short time frame. The capacitors in the Ilsemann Automation handling units collect the energy released by the motors while braking and make it available to the drives again when they accelerate. The capacitor module acts like a short-term battery with a booster function during acceleration. Ideally, this construction works so effectively that no kinetic energy needs be dissipated via braking resistors.

Measurements have shown that the energy solution was able to halve the gantry's energy consumption. Regenerative units which feed back into the power grid are much less suited to this application because they cannot reach anywhere near the same level of efficiency. A calculation example from Germany provides a further argument in favor of buffer storage – the current generated under braking is not fed cheaply back into the grid, only for the system to draw energy for acceleration from the local power supply company again at a much more expensive rate.

Load management lowers costs
Keeping the braking energy in temporary storage also has a positive effect on the grid usage fees and annual service costs end users pay to the local utilities company for its services. It should be considered that the cost of extraordinary load peaks can become enormous after just a few minutes, as the power supply costs are calculated annually. Measurements are taken over a 15-minute period. Here is a calculation example for a company with its own medium-voltage supply, over 2,500 hours of power usage a year, and costs of 120 euros per kW. If load peaks drive the planned usage up by 100 kW within the 15-minute period, this will lead to costs of 12,000 euros. Effectively smoothing out these load peaks is vitally important in the context of energy management.

This effect is supported by the more slim design of the supply installation that can be achieved because the storage handles the peak loads of the Ilsemann gantry. The supply infrastructure therefore only has to provide a more continuous power. In one of the first gantries configured with SEW‑EURODRIVE, the peak load was cut from the 70 Hp typical of such an application to just 8 Hp. The cable cross sections were also cut accordingly – from 16 mm2 to 2.5 mm2. By removing the need for an uninterruptible power supply, saving space and making installation easier overall, this also cuts the installation costs. The total sum of the advantages of "Power and Energy Solutions" from SEW soon pay off and are prize-worthy in the truest sense. In 2019, the Germany’s federal state of Baden-Württemberg presented the Bruchsal-based company with the Environmental Technology Award in the category of energy efficiency for its intelligent power and energy management system for industrial drives.

Numerous benefits
With its retrieval gantry, Ilsemann Automation shows how easily a storage-based DC link connection can be implemented in a multi-axis-coordinated drive application. Since the braking energy remains in the system, achieving effective load management is also relatively straightforward. The advantages include lower input power, greater operational reliability during supply fluctuations and more efficient use of electrical energy overall.

Videos from SEW-EURODRIVE, Inc.View all videos 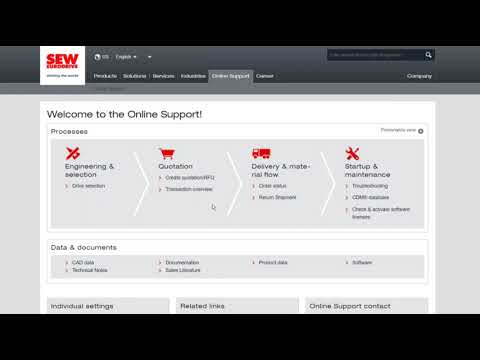 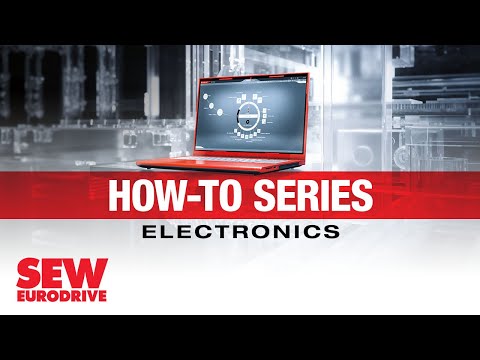 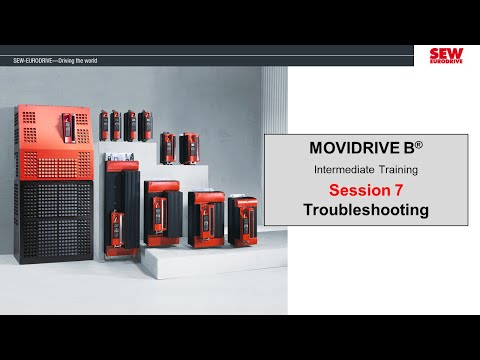 ital to virtually every electronic application, electrical connectivity solutions transmit electrical current from an energy source to devices and equipment that use energy to perform a task.
Allied Technology
May 26th, 2022

Every process manufacturer should consider the impact of startup loss, changeovers, and brief stops when looking for potential to increase productivity in their plants.
May 23rd, 2022

SmartZone Cloud addresses the digital infrastructure needs of a Hybrid IT environment.
Panduit
May 23rd, 2022

Together with partner Liberty Reach, AMT will showcase smart decanting technology in booth #1210 at the Automate Conference and Exhibition hosted by Association for Advancing Automation June 6-9, 2022 at Huntington Place Convention Center in Detroit.
Applied Manufacturing Technologies
May 17th, 2022