Though outdated, many organizations continue to use spreadsheets and whiteboards to keep track of and consolidate data. MadTree Brewing Company was among those companies until they implemented the Ignition platform from Inductive Automation.

Brewing beer is a craft that demands a deft touch and deep knowledge of the process. MadTree Brewing Company of Cincinnati, Ohio, wanted software with similar characteristics when it sought a new supervisory control and data acquisition (SCADA) and human-machine interface (HMI) system.

It found the flexibility it was looking for in the Ignition platform from Inductive Automation. Ignition is an industrial application software for building HMI, SCADA, manufacturing execution systems (MES), and Industrial Internet of Things (IIoT) systems that is now used in more than 100 countries.

Founded in 2013, MadTree moved into its current home in 2017 following a $20 million expansion. The new brewery, housed in a remodeled airplane hangar, blends shiny new equipment with retro architecture. The site also has a spacious taproom and outdoor beer garden.

ThermalTech Engineering of Cincinnati worked with MadTree to implement the new HMI/SCADA software.

Ignition’s unlimited licensing gave MadTree and ThermalTech the freedom to build whatever they needed since there are no additional costs for adding new projects, tags, clients, or users. “We used Ignition to develop a fully integrated recipe management system for the entire production facility,” says ThermalTech controls engineer Kyle Lehman. “That includes everything from the brewhouse to cellaring to packaging.”

“We really wanted the ability to see and monitor all aspects of production,” explains Ryan Blevins, head brewer for MadTree. “To be able to monitor utilities, packaging, brewhouse, and even quality-lab data—all in one place—has been super-convenient. We’re getting data feedback that we never had before. Ignition allows us to look at the data and analyze it quickly.”

Like many fast-growing companies, MadTree thrives on creativity, preferring to do things its own way. “MadTree wanted something that was unique to them,” says Lehman. “Ignition gave us the ability to design things and get the flow going the way MadTree wanted it to, because it’s very easy to implement and easy to program because it’s intuitive.”

Ignition’s template management system has also paid off. “The fact that I can use a template and apply it to many different projects saves a lot of time for me, for my clients, and for MadTree,” Lehman adds. “The template management capabilities in Ignition allow us to apply templates between jobs, between projects, and even between different areas of a facility. They allow us to be repeatable and predictable, and help us provide one, unified interface for the end user.”

“One of the cool things we discovered when we started using Ignition was how flexible it is,” says Trent Leslie, quality manager at MadTree. “Being able to combine the relational database back-end with Python scripting and have the interface for other people to actually view that information—not just me—was pretty awesome.”

Kyle Moore, brewery engineer for MadTree, likes being able to quickly access data, including from remote locations, because it raises efficiency. “Ignition has really allowed us to streamline our processes, to where we’re capable of increasing our capacity. We can brew more in a smaller timeframe than we were able to do before.”

Moore said he prefers Ignition to other software packages he’s used before. “I was used to control systems where it would just run the program, and that was it. And then you’d have a second database or a secondary system like a historian pulling everything through. So, you’d have to do all the work on the front-end, and also the work on the back-end, to get what you wanted. With Ignition, it’s all there.”

Prior to using Ignition, MadTree had to cope with many manual processes, with much of its data residing on paper. “Ignition’s been a great upgrade for us as far as data collection and tracking,” explains Blevins. “Before, we were using whiteboards and spreadsheets, and we had data all over the place. Now it’s in one convenient location.”

The software has worked so well for MadTree that the company plans to do more with it. “We definitely have future plans for development in Ignition,” says Leslie. “I still want to do a lot more on the packaging side, especially the canning line and some of the KPIs [key performance indicators] there. And then some general dashboard development for our managers and directors.” 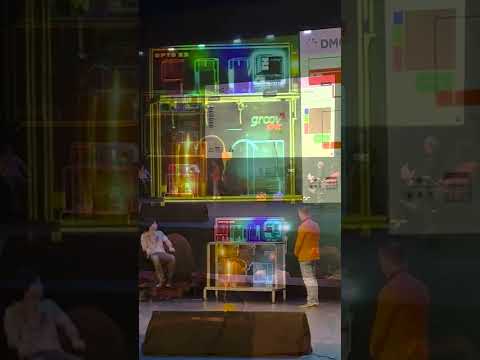 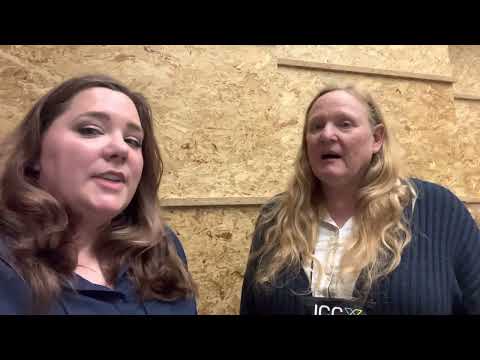 An #ICCX Chat with Barbara 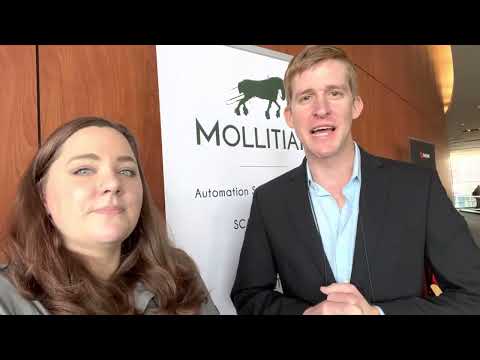 Improving the Power Grid with Blockchain

A New Frontier in Robot Applications and Markets